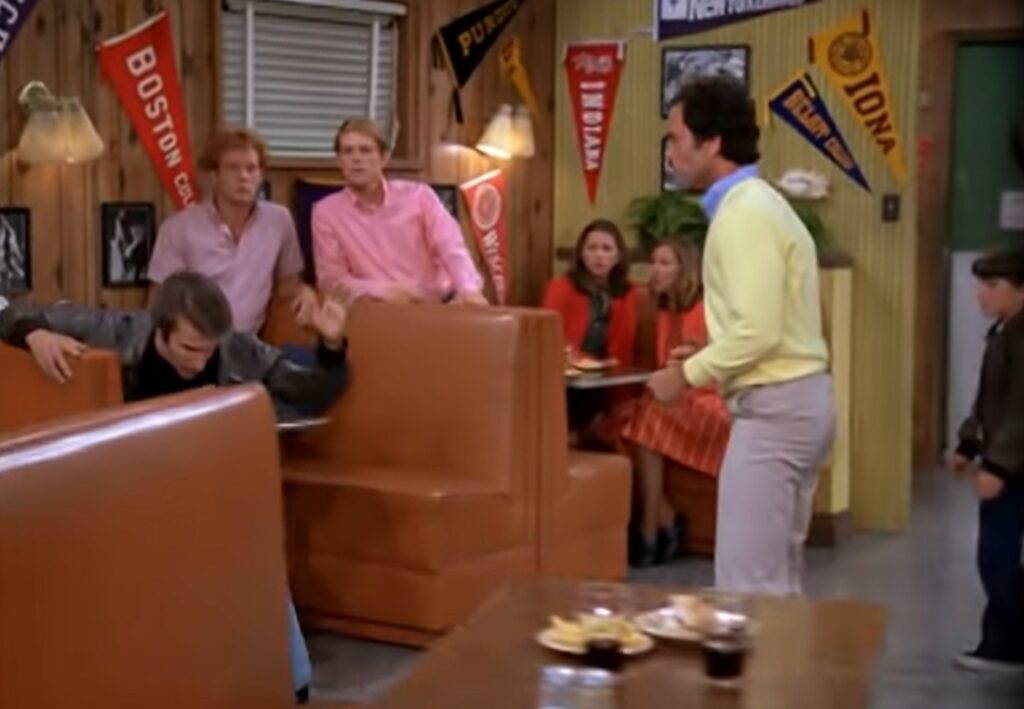 Today, we look at why you don’t have to play to your absolutely dumbest members of your audience.

I was watching something else when I saw this clip pop up and I couldn’t help but watch it. It’s a nice little scene from a Season 6 episode of Happy Days where Fonzie has been dating a single mother whose husband had walked out on her and their kid. Fonzie has really connected with the little boy, who calls Fonzie “Champ” and begins wearing a leather jacket just like him. Fonzie, of course, relates to the kid because his own father walked out on him when he was a kid.

However, the boy’s father returns and reconnects with his estranged wife and she agrees to give their marriage another chance. They both then ask Fonzie to back off with the son. Richie tells Fonz to back off, but Fonz can’t help but still want to spend time with the little kid.

This leads to a big scene where the father (played by a pre-Hill Street Blues Bruce Weitz) comes to get the kid to go for a trip to the park with his wife and the kid doesn’t want to. He wants to hang out with the Fonz. Fonzie then starts insulting the father. Richie, thinking his good friend is now a total jerk for some reason, tells Fonzie to back off, but Fonzie tells him to butt out. Fonzie pushes the father’s buttons until he finally reacts, at which point Fonzie dramatically cowers away, backing away from the fight.

The little boy is disgusted at the Fonz’s cowardice and gladly goes with his father (but not before taking off his little leather jacket and throwing it on the ground). As the father walks away with his son, he turns to Fonzie and mouths, “Thank you.”

Okay, fair enough scene, right? But then Ralph Malph says, “Hey, that was just an act” and Potsie replies, “Yeah.”

I think it is fair to note that you shouldn’t be writing your work with your SMARTEST audience members in mind, but come on, you also shouldn’t be writing with your DUMBEST audience members in mind, either. Just pitch towards the middle of the audience and don’t worry if your dumb viewers don’t pick it up. Someone will probably explain it to them and if not, they’re probably dumb enough to just keep watching anyways, so you’re good.

On a similar, but related not, you also can’t worry if not everyone gets a joke. It’s okay if your audience doesn’t all get a joke. Sometimes, people don’t understand certain references. This isn’t even a smart/dumb thing, it’s just a matter of people not getting certain references. Here, too, you can’t worry that not everyone will get a joke. That’s okay. Not everyone needs to get a joke (I mean, they should get when your characters are intending to make a joke, of course, but not the specifics of the joke). You don’t have to worry about explaining everything to your audience, so long as the basic gist of the story makes sense.