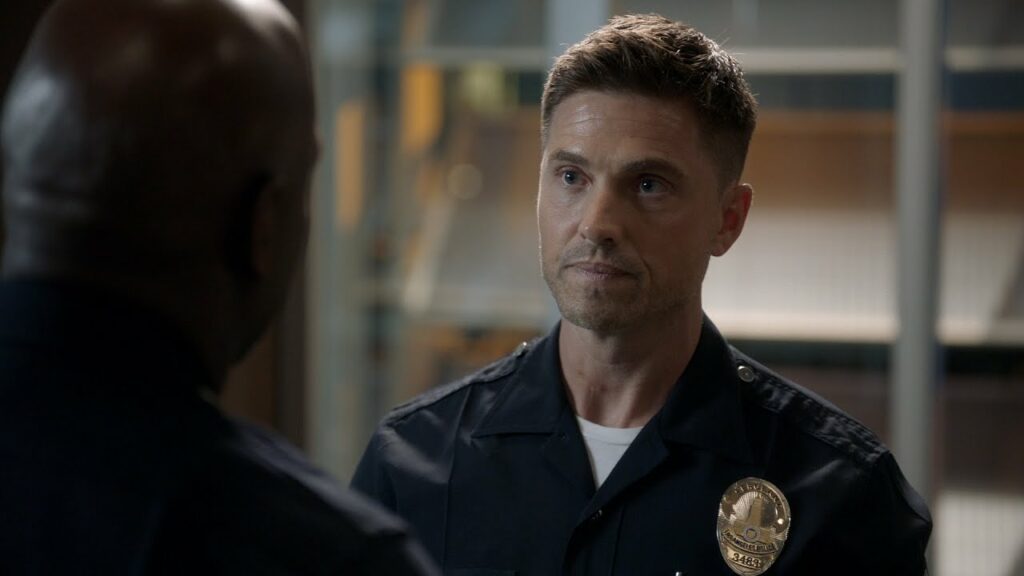 Today, we look into what exactly is the LAPD’s “Metro” division, as shown on the latest episode of The Rookie.

THE ROOKIE SPOILERES FOR THE MOST RECENT EPISODE AHEAD!

One of the major characters on The Rookie, a long-running ABC drama created by Alexi Hawley about the oldest rookie in the Los Angeles Police Department, John Nolan (Nathan Fillion) (who is now a training officer himself in the current fifth season with his OWN rookie, Celina Juarez, played by Lisseth Chavez), is Eric Winter’s Sgt. Tim Bradford.

Bradford was one of the three original training officers on the series. His trainee, Lucy Chen (Melissa O’Neil), later graduated to becoming a full-time cop and recently, Chen and Bradford (“Chenford”) gave in to their sexual tension and began dating. The problem is that Tim was technically Lucy’s boss, so he decided to take a job as the Court Liaison, so he would be out of Lucy’s reporting structure at the LAPD. However, Tim was clearly dying of boredom at his desk job, and Lucy felt bad about the sacrifice that he was making so that they could date, so in the most recent episode, “Daddy Cop” (named after the hilariously catchy song performed by Zander Hawley at the start of the episode), she maneuvers things so that an opening for a sergeant will be created in the Metro division, which Tim gladly fills instead of his court duties.

Okay, so reader Sarah C. wrote in to ask what, exactly, the “Metro Division” was in terms of the LAPD.

Well, the Los Angeles Police Department splits Los Angeles into a number of geographic “divisions” that work like precincts in New York City. On The Rookie, the cops all work out of the fictional Mid-Wilshire Division, with most of them working out of patrol, but some of the characters working in the detective side of the Division.

The Metropolitan Division, or the “Metro” Division, was a specialized division initially created in 1933 to move throughout Los Angeles to suppress criminal activity.

Nowadays, it is split into a number of specialized sub-divisions, like Special Weapons and Tactics (SWAT), the Mounted division, and divisions dealing with hostage situations specifically. The main aspect of the Metro, though, is the Tactical Response Teams, which make up the B and C Platoons within the Division (SWAT is the D Platoon, A is for administrative duties).

Here’s how the LAPD itself describes the Metro Division:

And here is what it says is its mission statement:

The mission of Metropolitan Division is to support the Department’s community-based policing efforts to reduce the incidence and the fear of crime on a Citywide basis. This is accomplished by developing and deploying a reserve force of the most highly trained and disciplined personnel possible.

So there’s plenty of story possibilities for Bradford to get involved with in the Metro Division, and he’s now out of Lucy’s direct line of reporting, so their romance is no longer against policy.

Thanks to Sarah for the question! If anyone else has a pop culture question, drop me a line at my new and much shorter e-mail, brian@poprefs.com!

Who Was the Garage Band Singing ‘Daddy Cop’ in the Latest Episode of The Rookie? 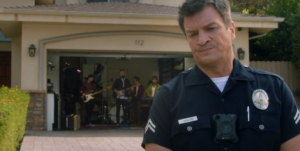 Who Was the Garage Band Singing ‘Daddy Cop’ in the Latest Episode of The Rookie?

Brian Cronin January 25, 2023
What Does ‘Eliza on the Ice’ Mean In Sondheim’s ‘Getting Married Today’?