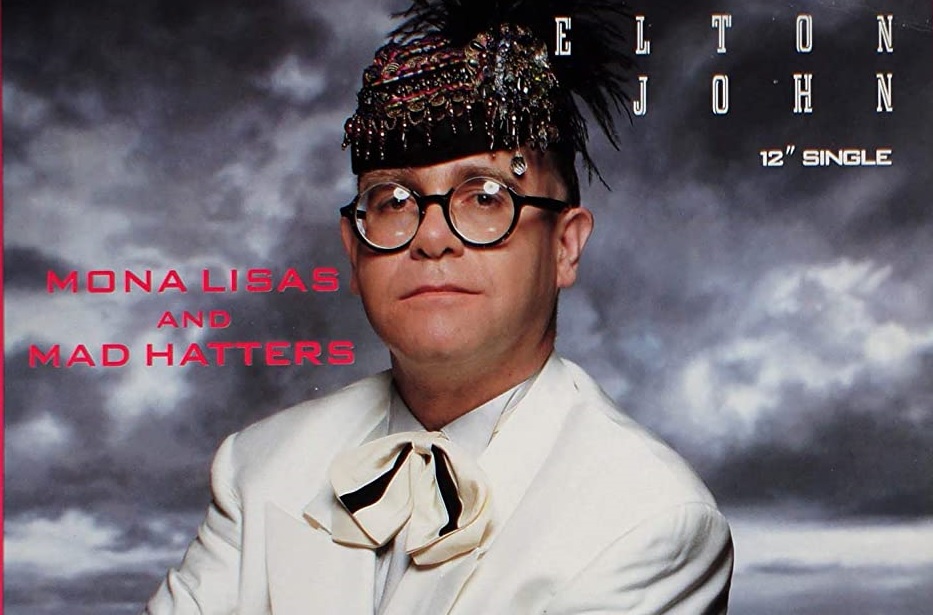 Today, we look at Elton John revisiting New York City for a sequel to his classic song, “Mona Lisas and Mad Hatters.”

This is I’ve Been Here Before, a feature that deals with a term that I coined called “nepotistic continuity,” which refers to the way that creator sometimes bring back minor characters that they themselves created in the past as characters in their later work (we’re talking after a break of at least two years or so) or revisit their earlier work years later. This is not an insult, it’s just interesting to note it when it occurs.

As you are likely aware, Elton John and Bernie Taupin had a unique writing partnership where Taupin would, in effect, write these little poems and give them to John and John would then put the poems to music. One of their best early songs was “Mona Lisas and Mad Hatters” off of 1972’s Honky Chateau.

Taupin spoke about the song recently, explaining that the song was “about our first impressions of New York City in 1970, and if anybody was around in that that period of time they’ll realize that New York wasn’t quite as magical as it was probably presented to the rest of the world. It was a tough place to get along in and we didn’t have a lot of money back then, obviously, when we first visited, so we were staying in really sort of cheap hotels, and eating with very little money in our pockets, playing gigs and getting out. But it had a profound effect on me. I remember New York as being always cold when we were there and I don’t know again if that was because we weren’t very flush with money. But I mean, I found refuge in museums and art galleries and any place I could get in that didn’t cost any money that would give me some sort of inspiration. But it was a tough place and all the magical things you hear about it sort of were contradicted by other things that were happening on the street.”

Well, as you might imagine, New York City seen from the eyes of a poor 20-year-old is MUCH different from the eyes of that same young guy when he is older and richer and sure enough, Taupin had a much different view of the city by the mid-1980s. SoTaupin delivered the lyrics to John for what would become the much-less-known SEQUEL to “Mona Lisas and Mad Hatters” in 1987, also titled “Mona Lisas and Mad Hatters,” but effectively Part 2…

This time, the song is upbeat (and very 1980s in the arrangement, with the synthesizers), as it featured and older, wiser Taupin (and Mona Lisa), as the song notes:

For a few years, John would play both songs together in a row during his concerts, but I believe Part 2 has mostly been retired since the early-to-mid 1990s.

If anyone else has a suggestion for a future I’ve Been Here Before, drop me a line at brian@popculturereferences.com.