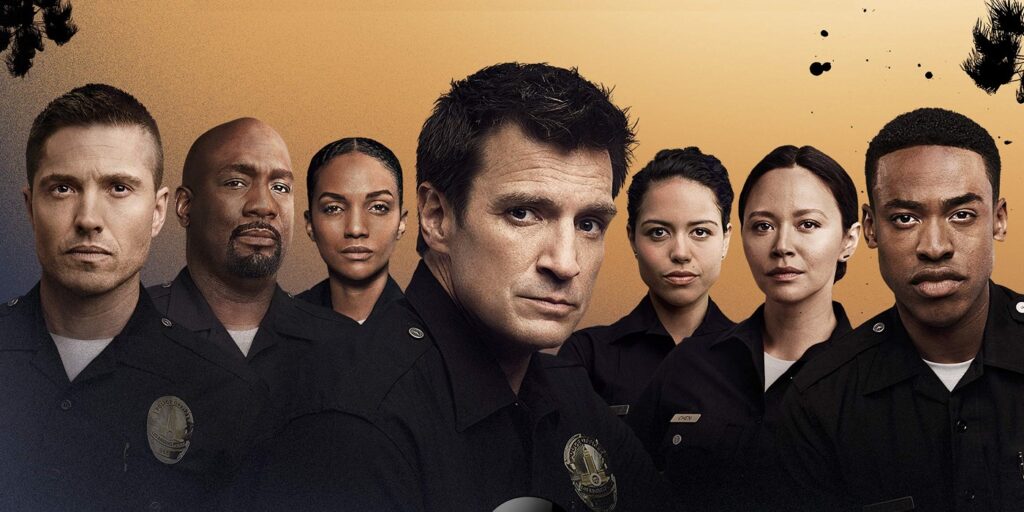 Today, we look at why the rookies on ABC’s The Rookie are called “boots.”

This is the second of two questions that reader Bob M. sent in about The Rookie, the ABC police drama starring Nathan Fillion as a man in his 40s who decides to become a cop in Los Angeles (the first one was whether the show was based on a true story).

He wanted to know why the instructors call their cop trainees “boots.”

It has to do with the fact that the police, over the years, has become more and more militarized with its language and training, and so the police have adopted the military term for training new recruits, which is “boot camp,” with the individuals being trained being called “boots.”

“When I entered the Navy in 1911 an old-timer called me a ‘rubber-boot sailor.’ When I asked for an explanation, he told me that prior to about 1890 all the men prided themselves on getting out on deck and scrubbing down barefooted in the coldest weather. Then there was an influx of kids from the midwest. They didn’t intend to act foolish, so they went ashore and bought boots to wear when it was cold. The older hands sneered and called them ‘rubber boot sailors.’ By the time I came on the scene, they had shortened the nickname for recruits to ‘rubber boots.’ That gradually was shortened and by World War I we just said ‘boots.’”

Obviously that’s just anecdotal, but it’s so specific and first hand in its knowledge and the timing works so well, I think it’s believable enough as an explanation.

Thanks for the question, Bob! If anyone else has a pop culture question, drop me a line at brian@popculturereferences.com

2 thoughts on “Why Are the Rookies Called ‘Boots’ on The Rookie?”