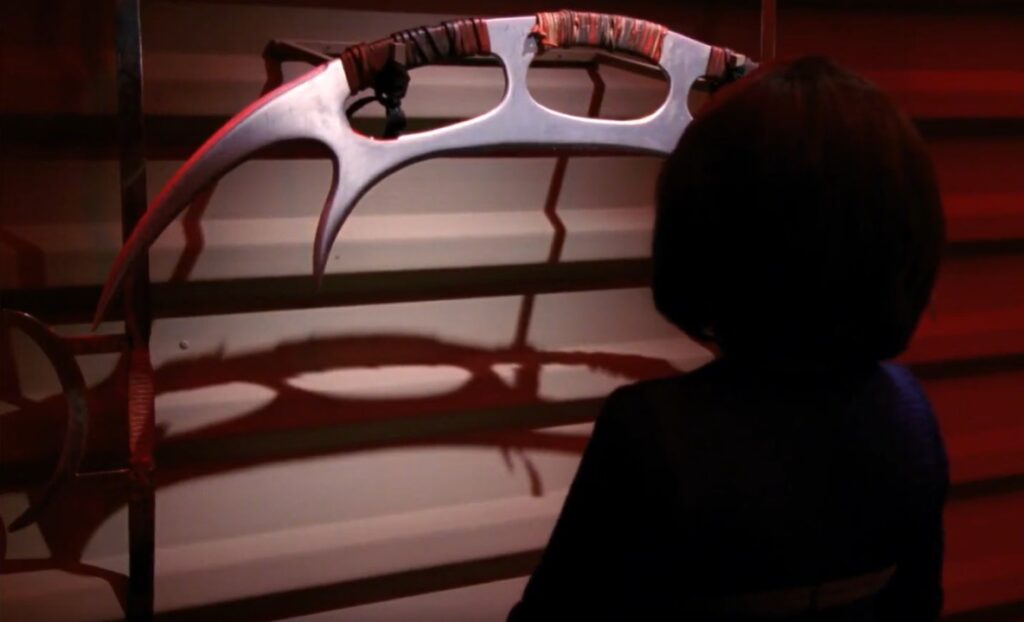 Today, I’m looking to see what you think is the most egregiously blatant “Chekhov’s gun” that you’ve seen in a TV series.

In case you’re unfamiliar with the concept, “Chekhov’s gun” is a reference to a concept that famed playwright Anton Chekhov said about playwrighting in a letter to another playwright asking for a critique of his work, “One must never place a loaded rifle on the stage if it isn’t going to go off. It’s wrong to make promises you don’t mean to keep.”

However, due to the way that TV shows are made, with commercials encroaching more and more into their running time, it feels like shows are being more and more obvious about the “Chekhov’s gun.” The best-written shows, like Frasier or Mad Men, often have Chekhov’s guns that are so subtle that you don’t notice they’re there until they are “fired” (no one thought that Chekhov’s tractor was going to be used THAT way, ya know?).

Even the best shows can falter in this regard, though, so I’m looking to hear what you think is the most egregiously blatant “Chekhov’s gun” that you’ve seen introduced that was then “fired” in the same episode it was introduced.

Ironically, given the name, I am going with a Star Trek episode, Season 4 of Star Trek: The Next Generation‘s “Reunion,” where Worf’s son, Alexander, asks him what a bat’leth is, a weapon we had never seen before. Worf explains what it is and, sure enough, Worf uses it to kill the guy who murdered Alexander’s mother by the end of the episode.

And yes, if you want to call it “Chekhov’s bat’leth,” you may.

So that’s my pick!

2 thoughts on “What Was the Most Egregiously Blatant ‘Chekhov’s Gun’ In a TV Series?”