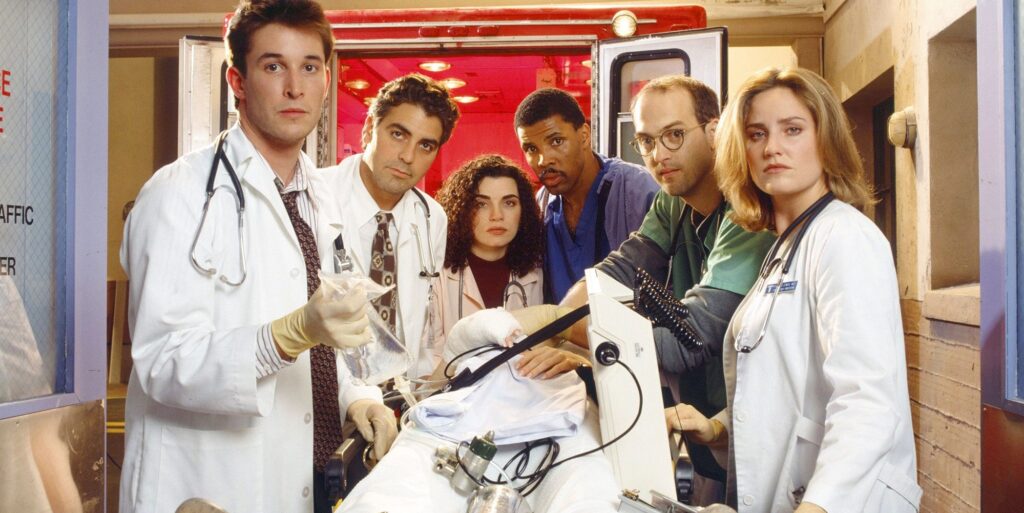 Today, we look at when (or if) you folks believe that ER “jumped the shark.”

ER was a blockbuster hit in the late 1990s right after it debuted in 1994 (finishing #2 overall in the ratings in its very first season), and remained an extremely popular series through the early 2000s (it was in the top 8 shows in the country though Season 10), before eventually hanging up its stethoscope in 2009 after 15 seasons, when it was still popular enough that it probably could have kept going for a few more seasons (its last season still saw it in the top 40 in the ratings).

So first…DID IT JUMP THE SHARK? Yes, but I think it is important to note that I think Season 15 of ER was one of its best seasons, so it was one of those few shows that jumped the shark but eventually regained its footing. Like Homeland.

WHEN DID IT JUMP THE SHARK Man, this is such a tough one. I think a safe answer is Season 10’s “Freefall,” when the jerky Doctor Romano is killed by a crashing helicopter. Romano had previously had his arm cut off by a helicopter, so for him to then be killed by a helicopter was insane, and way too hacky (and like I noted, Season 10 was the last season to finish in the Top 10 of the ratings, so it was a jump off point for a number of viewers). Honestly, though, I always think of Season 7’s “Flight of Fancy” as a good pick for when the show jumped the shark. It wasn’t anything egregious, it was just a hyped-up episode suggesting a helicopter crash with Dr. Greene that didn’t actually happen, and it was just so stupid, because it was an example of how the show was getting way too desperate for stunts, even when the stunts didn’t actually pay off. I remember thinking at the time, “Okay, yeah, seven seasons in, and with Julianna Margulies and George Clooney now both gone after Season 6, this show really doesn’t have much going on anymore.”

1 thought on “When Did ER Jump the Shark?” 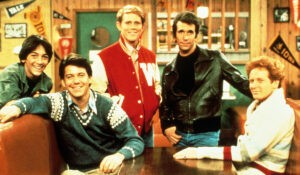