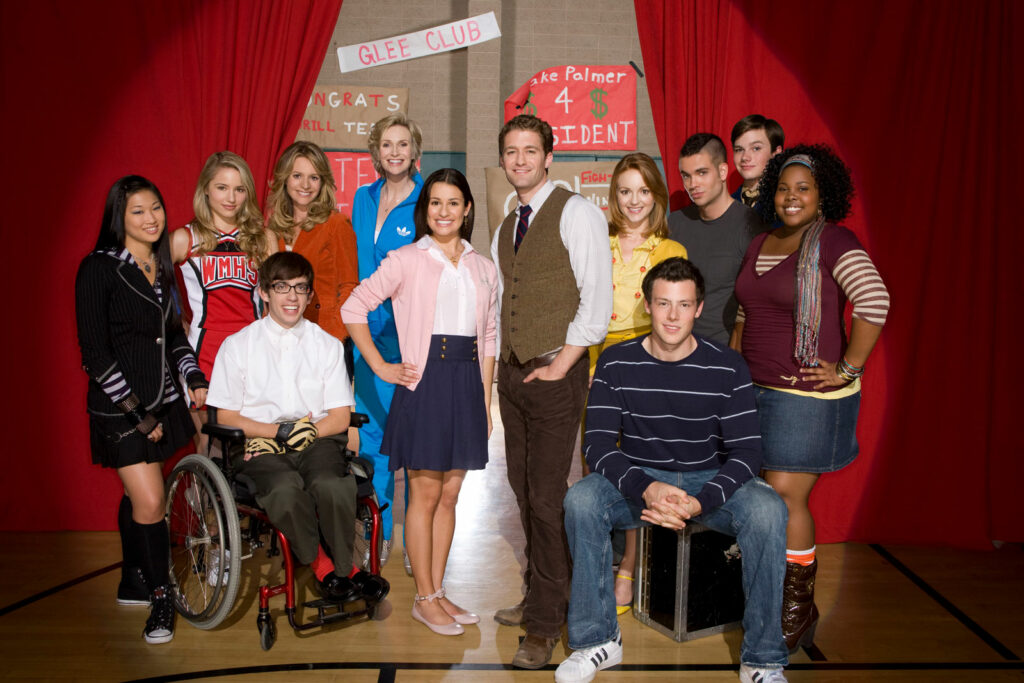 Today, we look at when (or if) you folks believe that Glee “jumped the shark.”

The great Jon Hein had a website devoted to this topic, but he sold it off in 2006 and after being maintained for a couple of years it was then merged into TV Guide in 2009, so I figured it’d be fun to look at shows that launched after the sale and see what we all think about whether they jumped the shark and, if so, when did it happen? Starting this week, I’ll start an archive listing each show along with the current answer for each one (and then update it with the new show each week).

Today, we look at Glee, the musical comedy/drama about a glee club at a high school.

So first…DID IT JUMP THE SHARK? Definitely. It was a shadow of its former self by the time it ended.

WHEN DID IT JUMP THE SHARK It’s possible that it was earlier than this, but definitely by the time the main cast graduated and the show continued to follow them to college. I think the new cast (even though the new cast had some very talented people on it, like Melissa Benoist) was when it jumped, because the show just stopped making any sense at all.

5 thoughts on “When Did Glee Jump the Shark?”