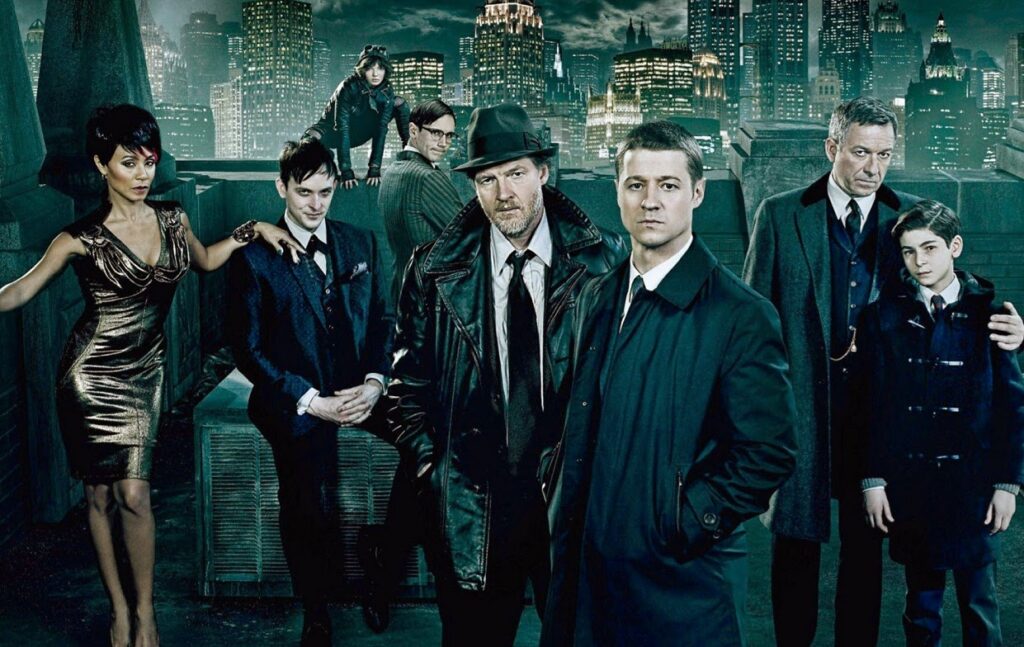 Today, we look at when (or if) you folks believe that Silicon Valley “jumped the shark.”

Gotham was a drama showing what the lives of Bruce Wayne, James Gordon and all of the rest of Gotham City was like before Bruce Wayne became Batman.

So first…DID IT JUMP THE SHARK? I think so.

WHEN DID IT JUMP THE SHARK I think that it is a rare example of a show that probably jumped right from the gun, but since I stopped watching it, I’ll allow you folks to make the call!

8 thoughts on “When Did Gotham Jump the Shark?”