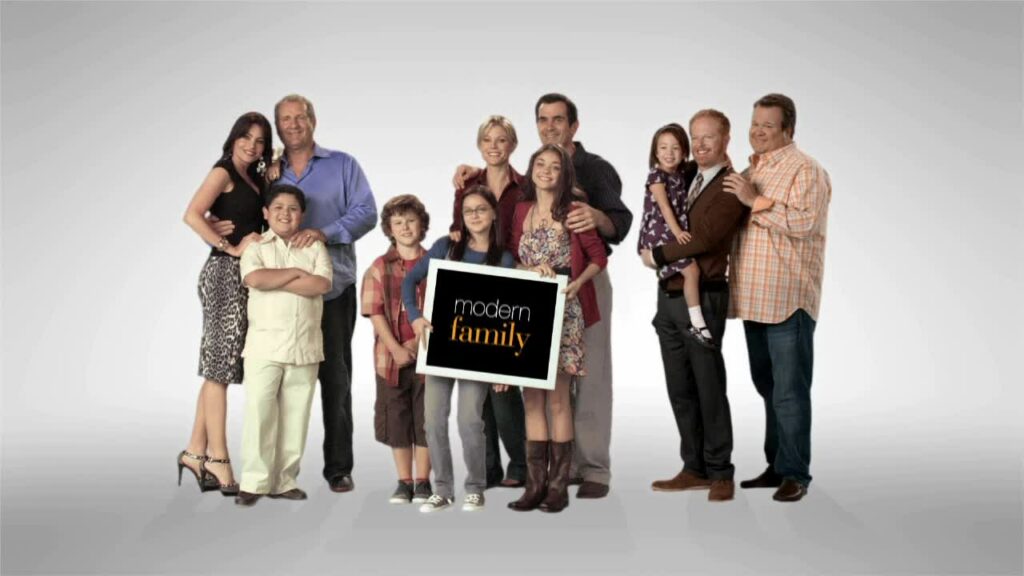 Today, we look at when (or if) you folks believe that Modern Family “jumped the shark.”

Today, we look at the longrunning American family sitcom, Modern Family, about two siblings and their father and their respective families.

So first…DID IT JUMP THE SHARK? This is a tough one, as the show definitely dipped in quality towards the end, but I vote that it was likely not enough to call it an actual “shark jumping.”

WHEN DID IT JUMP THE SHARK Chris Martin’s appearance in Season 9 is often pointed to as the moment the show jumped the shark. I suppose a good argument could also be made for Season 8, where Joe became a regular, talking character on the series.

But I’d love to hear your thoughts on the topic!

3 thoughts on “When Did Modern Family Jump the Shark?”