Today, we look at how Three’s Company even took its gay panic to the opening credits of the show.

One of the central plot points on Three’s Company was that John Ritter’s Jack Tripper was only allowed to share an apartment with Suzanne Somers and Joyce DeWitt’s characters, Chrissy Snow and Janet Wood, because the landlord of the building, Mr. Roper (Norman Fell) believed that Jack was gay. When Mr. Furley (Don Knotts) took over as the building manager in Season 4 (his brother bought the building from the Ropers), he continued to only allow Jack to keep up his living arrangements because he thought Jack was gay.

Roper and Furley would continually make gay jokes about Jack. In the case of Roper, this was less of a problem because he was generally shown to be a negative character to begin with, but it was a bigger deal with Furley, who was meant to be a more sympathetic character. Eventually, the gay jokes would subside a bit as the series went on and Furley became a more loveable character.

In any event, one of the recurring bits on the series would be gay panic, like when Jack is trying to get rid of Furley in the Season 5 premiere, he acts like he is coming on to him so that Furley freaks out and lets Jack leave.

It’s all super hacky stuff, but what was ESPECIALLY bad was that the opening credits in Seasons 4 and 5 specifically included a gay panic gag as the way to introduce one of the characters on the show. Richard Kline’s Larry, Jack’s slimy best friend, is introduced trying to pick up a woman at the amusement park (where the opening credits are set, all except for Joyce DeWitt’s intro, which is on a boat for some reason) by getting into her bumper car and is shocked to discover that it is actually a guy with long hair…

It’s SUCH a bad bit, especially when you consider how dumb it was to begin with that Larry was climbing into the bumper car of a woman he doesn’t know. 1970s and 1980s slimy best friends would do the creepiest stuff and the show would always just laugh it off. “Oh, that’s just (fill in the name of the slimy character).” 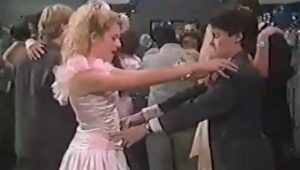 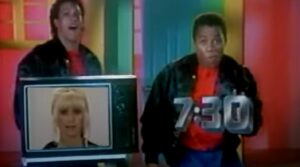 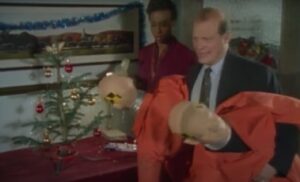