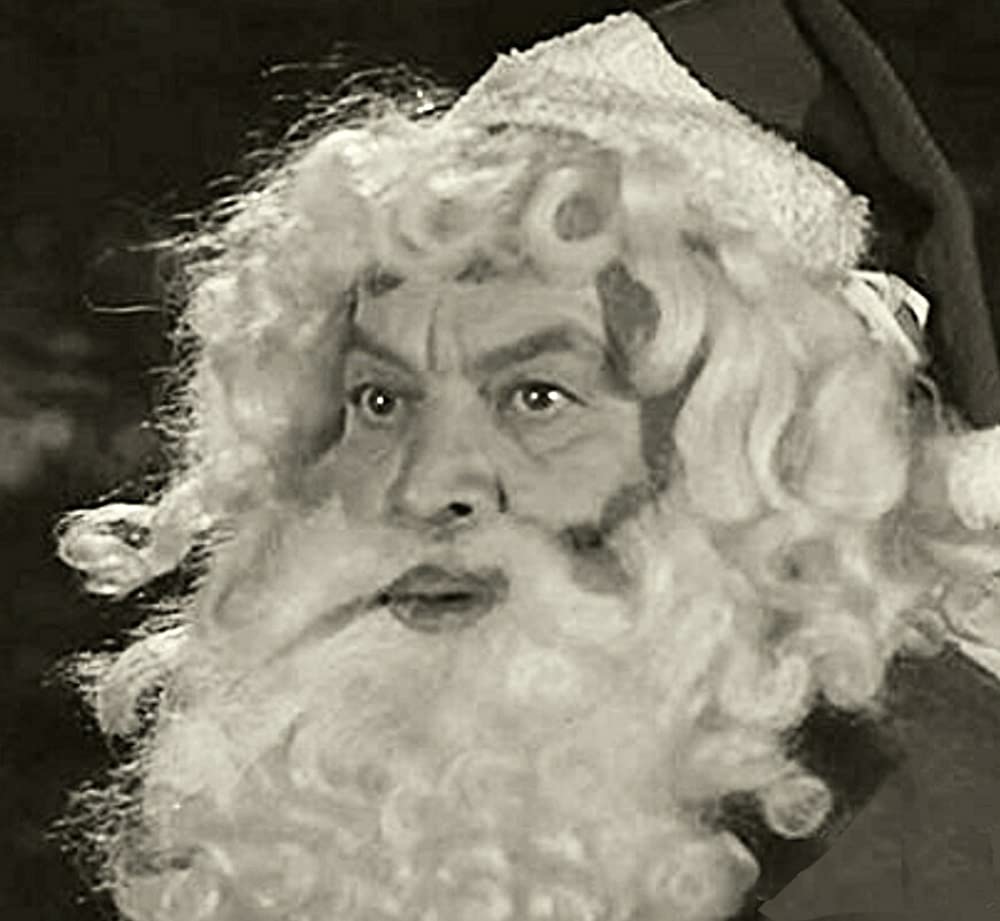 We continue our countdown of my favorite 1950s Christmas TV episodes with 1959’s “The St. Nicholas Story” from Wagon Train.

Wagon Train told the story of Major Seth Adams (Ward Bond), who would lead wagon trains from Missouri to California every year (when Bond died of a heart attack in the middle of the fourth season, he was replaced by John McIntire as Christopher Hale for the rest of the series’ eight-season run). He was aided in large part by scout Flint McCullough (Robert Horton).

In this episode, the Wagon Train is attacked by a war party, leaving a number of people dead.

The war party awaits the wagon train ahead at the opening of a mountain trail where the train would be sitting ducks, leading Adams to determine that he was not going to bring them right into an ambush. However, not moving also leaves them as sitting ducks, just waiting for the war party to decide to return and attack them.

One of the people who died in the encounter (I think from an unrelated health problem) was the old man who was going to play St. Nicholas for the children on Christmas the next night. Before he dies, he makes Seth promise him that Seth will make sure that St. Nicholas still makes an appearance. Seth begrudgingly agrees (he is irked when he realizes that that means that it will literally have to be him to play the role, as he’s the only guy the same size aa the dead man).

Adams then decides that celebrating Christmas is important, even in the precarious spot that they’re in, so he decides to go for it full force, getting the others on the train to decorate a tree, etc. Very much “Have yourself a Merry little Christmas, it might be your last” energy here. Some complain, but ultimately they agree to do it.

Meanwhile, a young boy has gone missing during the fight and the Chief’s son has also gone missing. They had discovered each other while lost and become close buddies. Typical “and the children shall lead them” stuff. Seth goes looking for the boy and finds them both. The Chief shows up right after Adams. After a tense standoff, Adams then lets the Chief’s son go and offers up a truce. The Chief says he’ll think about it, but Seth still expects an attack.

So the train then has their Christmas celebration and there’s a good moment where Seth has to explain to the kids (who are all immigrants from different European countries) that it doesn’t matter what kind of Santa Claus they personally believe in, it’s all basically the same deal.

The Chief then surprises Seth by showing up with the rest of the tribe to celebrate the truce. He and Seth shake hands as the Christmas celebration continues.

It’s a cute episode, but as you’ll note by my review that it hits a ton of familiar tropes and doesn’t exactly come up with new angles on them. But still, a solid episode.