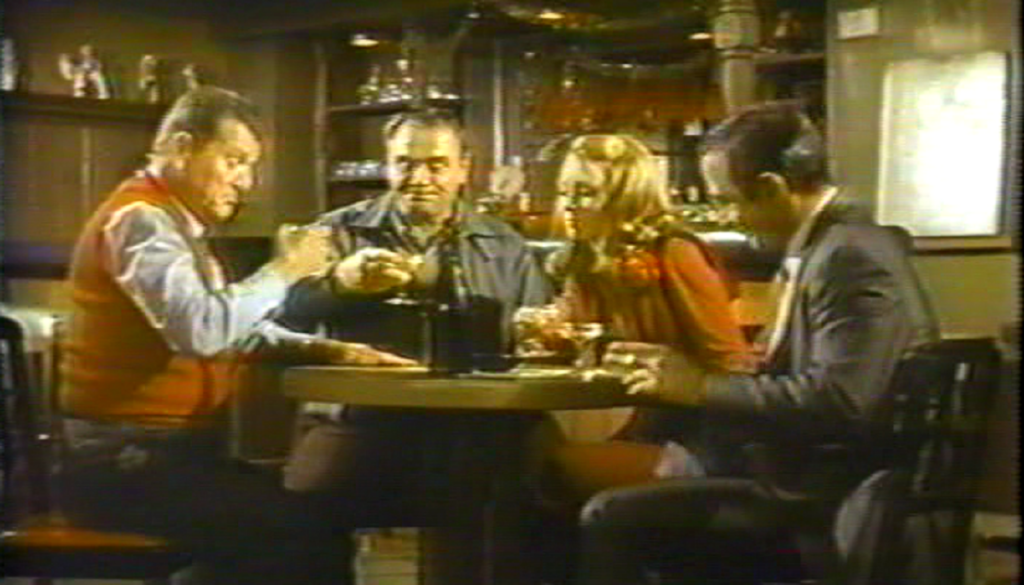 This one is tricky. Up until, like, today, I had this as #3 on the countdown. It’s an EXCELLENT hour of television, but after I was thinking about it some more, I felt it’s just a bit TOO dark to be so high on the countdown, so I bumped it down to #6. It’s quite possibly the best overall episode out of all of the episodes on this countdown, though (I’d say it’s LIKELY the best, honestly).

Run For Your Life was basically a riff on The Fugitive, with the idea being that instead of wandering the country on the run while trying to prove his innocence, the hero of the story, Paul Bryan (played by Ben Gazzara), decided to travel around the country because he learned that he only had 18 months to live. He had spent so much of his life working, he now wanted to make up for lost time before he died.

That’s a fine concept (it lasted three years, but show creator, Roy Huggins, always noted that it was silly to complain about that, as TV time doesn’t have to follow our timeline), but the series didn’t always live up to the strong concept. Gazzara was an excellent actor, but so much of it was, like, Paul helping out Friend X stop some Communist plot or whatever, ya know? Just action stuff for the sake of having action plots.

This episode, though, from Season 2, really leaned into the great character work you can find from a guy like Paul traveling the country and meeting new, interesting people. After a flight is delayed (Paul is on the way to meet a lady friend to spend the holiday with her), he’s stranded in a strange town. He meets a cabbie, played by the great Ernest Borgnine, and Paul gets wrapped up in his life.

The episode nominally ends on an upbeat note, but there’s also, like, a question of whether Borgnine’s character is planning to kill himself after the episode is over, ya know? It’s sad, and an excellent examination of the concept of loneliness (which is even more powerful when you pair it with a man who is literally near death), and it is so well told, but at the same time, it’s also kind of depressingly dark.

So really good episode, but I can’t have it be higher than some really super duper Christmas spirit episodes, ya know? But if you ever get a chance to watch Run For Your Life (it’s hard to find, as I don’t believe old people TV air it at the moment), please do so.

Tags: "Time and a Half on Christmas Eve" Run For Your Life