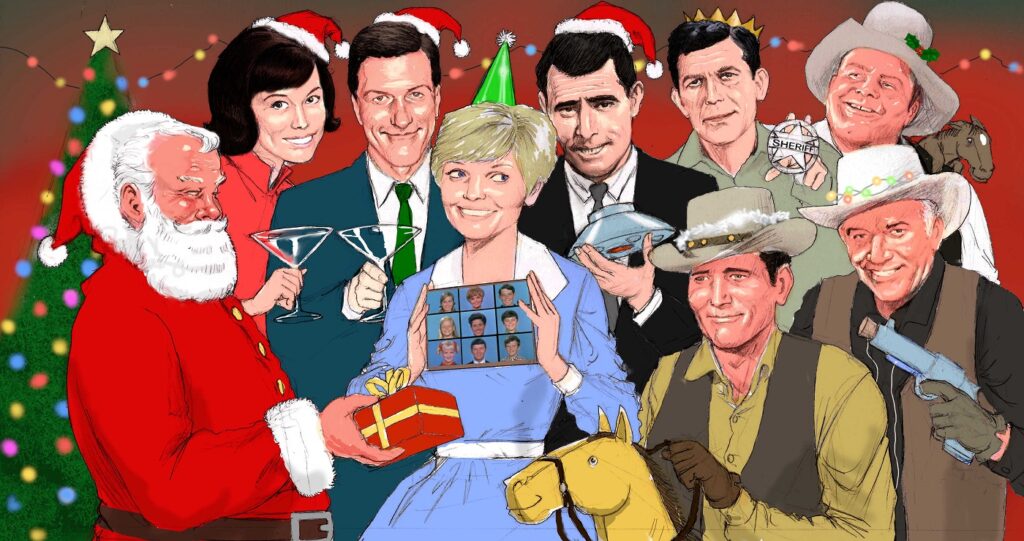 Today, we share the master list of my picks for the all-time greatest Christmas TV episodes of the 1960s.

This year’s theme is “Classic 1960s TV Christmas.” My criteria for the stories are A. only actual story episodes (so no Christmas variety specials, as they are way too hard to compare against each other), B. Only episodes of TV shows, no TV movies (I’ll allow stories from anthology series, though) C. They had to air in November or later (no random Summer episode set at Christmas. That disqualifies one Twilight Zone episode) and D. Christmas spirit counts extra, so a great episode that is dark as heck will be ranked not as high as a less great episode that is festive (but, still, if an episode is great, I’ll still rank it as, well, come on, we’re still looking for quality TV here). The episodes all originally aired in the 1960s.

Since the 1960s was really the first FULL decade of seven days of serialized dramas and sitcoms, there were a LOT more Christmas episodes than there were in the 1950s, so I had to leave a LOT of famous shows off of this list. Some of the shows that did not make the countdown include Dennis the Menace, Gilligan’s Island, The Beverly Hillbillies, Petticoat Junction, Green Acres, Mister Ed, Car 54, Where Are You?, Doctor Kildare, Ben Casey and Adam-12. But that means that a lot of great shows DID make it, so read on throughout the month to see if my favorites match yours!

The awesome Christmas image was made by Nick Perks.

22. The Many Loves of Dobie Gillis “Jangle Bells”

19. The Ghost and Mrs. Muir “The Ghost Of Christmas Past”

13. My World and Welcome to It “Rally Round the Flag”

9. The Monkees “The Christmas Show”

8. The Real McCoys “The Diamond Ring”

7. The Avengers “Too Many Christmas Trees”

6. Run For Your Life “Time and a Half on Christmas Eve”

5. The Brady Bunch “The Voice of Christmas”

4. The Twilight Zone “The Night of the Meek”

3. Have Gun – Will Travel “Be Not Forgetful of Strangers” 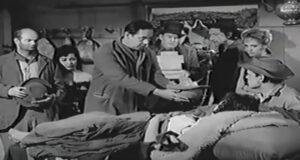