Today, to pair with the recent documentary about Jeremy Lin, I spotlight the New York Knicks’ first Asian-American player.

This is “Don’t Got No Sports,” an occasional foray by me into a discussion about sports, which technically IS part of pop culture, but I’ll admit is very different from the stuff that I normally cover here, hence it receiving its own feature. Besides my pop culture and comic book writing, I also manage two sports blogs, one for the Yankees and one for the Knicks. So occasionally I’ll have something I feel like writing about sports (that isn’t specifically about the Yankees or Knicks).

With the release of the HBO Max documentary, 38 at the Garden, about the “Linsanity” of Jeremy Lin’s time with the New York Knicks in the 2011-12 season, I thought it’d be interesting to look back at the first Asian-American Knick player, who played for the Knicks over SEVENTY YEARS AGO!

Professional basketball was a whole lot different in the first half of the 20th Century. In fact, they did not even have a player draft until 1947! That first draft (done by the Basketball Association of America, which had been founded a year earlier. It would later absorb the National Basketball League and become the National Basketball Association, but officially, the BAA years count as the first years of the NBA. The League celebrates the first year of the BAA as the first year of the NBA, for instance. Part of it is because the BAA took in the NBL, they didn’t merge) would be barely recognizable to modern viewers, since teams did not have to make public anything but their initial draft pick. So we don’t know exactly when the Knicks drafted Waturu Misaka, just that he was, indeed, drafted by the Knicks in the 1947 BAA Draft.

Waturu “Wat” Misaka was born in Ogden, Utah in 1923 to Japanese immigrant parents. His father was a railroad worker and his mother was a barber. Luckily for the Misakas, when General John DeWitt laid out his plans for the West Coast internment zones, he decided to leave Utah off of the map, so they were not relocated to internment camps after the United States went to war with Japan (oddly enough, one of the largest interment camps was in Utah!).

Instead, Misaka became a star point guard for the University of Utah.

Misaka was only five foot seven inches tall and 155 pounds dripping wet (he wore a size 7 sneaker! Size 7, people!) but he was quick and athletic and he led his team in a thrilling game against Kentucky in the National Invitational Tournament (NIT) in 1944, then the marquee college basketball tournament. After falling short against Kentucky, the Utes moved on to the (then-less respected) NCAA Tournament, which they won, playing at Madison Square Garden in front of Ned Irish, future president of the New York Knicks. The Utes then made headlines by defeating St. Johns University in an exhibition game (St. Johns was the eventual winner of the 1944 NIT).

After the basketball season ended, Misaka entered the United States Army for the rest of World War II. He worked as an interpreter for the Army and actually was in Hiroshima after the bombing, aiding in a military study of the survivors of the blast. He returned from service in 1946 and went back to school. Once again playing for the Utes, he led them to a dramatic run to the 1947 NIT title, avenging their 1944 loss to Kentucky by defeating them in Madison Square Garden in the Final game. In that game, Misaka dominated Kentucky’s famous All-American guard, Ralph Beard, holding Beard to a single point in the Ute victory! Once again, Ned Irish was watching – only this time, Irish had a professional basketball team!

So during the 1947 BAA Draft, Irish drafted Misaka. In another sign of how far things have changed in sports since then, Misaka discovered he had been drafted by reading it in the newspaper!! Irish flew out to Utah and signed Misaka to a guaranteed $3,000 contract.

The problem was that Irish had not cleared this move with his new head coach, the venerable Joe Lapchick. Lapchick was irritated by the decision by Irish, which spotlighted the glaring differences in style between Irish and Lapchick. Lapchick had a very specific idea of what kind of player he wanted playing for him, while Irish desired players that he felt could sell tickets. Irish saw Misaka as a future crowd favorite. Lapchick saw a player who was not strong enough to compete in the BAA.

When Misaka arrived at camp, he thought he had made the team (after all, Irish signed him to a guaranteed contract!), but that was not the case. He played for the Knicks all through training camp (it was during this period that Misaka wore different jersey numbers – you’ll see him wearing #4 and #16 in different pictures) and roomed with fellow rookie Carl Braun (who went on to have a stellar career as a Knick). In the actual professional games, though, he wore #15 (becoming the first Knick to wear the number to start a season – the third to wear it period. Dick McGuire would take the number in 1949 and eventually become one of TWO Knicks who wore #15 to have the number retired).

He was never given a reason why he was cut after just three games, but I tend to believe it was just that Lapchick finally won out over Irish. It was not like Misaka played great as a Knick – he didn’t (he was 3 for 13), but it was still odd to see it happen after three games. I’ve seen people theorize it was due to poor reception on the road (as the MSG crowd liked Misaka, just as Irish figured they would). That’s possible, I suppose, but Lapchick was so against having him on the team that I think that’s the reason he was cut.

After getting cut, Misaka was given an informal offer to join the Harlem Globetrotters (who likely had the same idea Irish did), but turned them down and went back to school where he got a graduate degree in engineering. He had a long career as an engineer. He visited the Garden back in 2009 as part of the promotion for a documentary on his life, Transcending: The Wat Misaka Story. He passed away in 2019 at the age of 95.

Thanks to George Vecsey for information helpful for this piece! 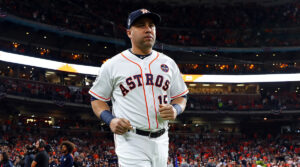