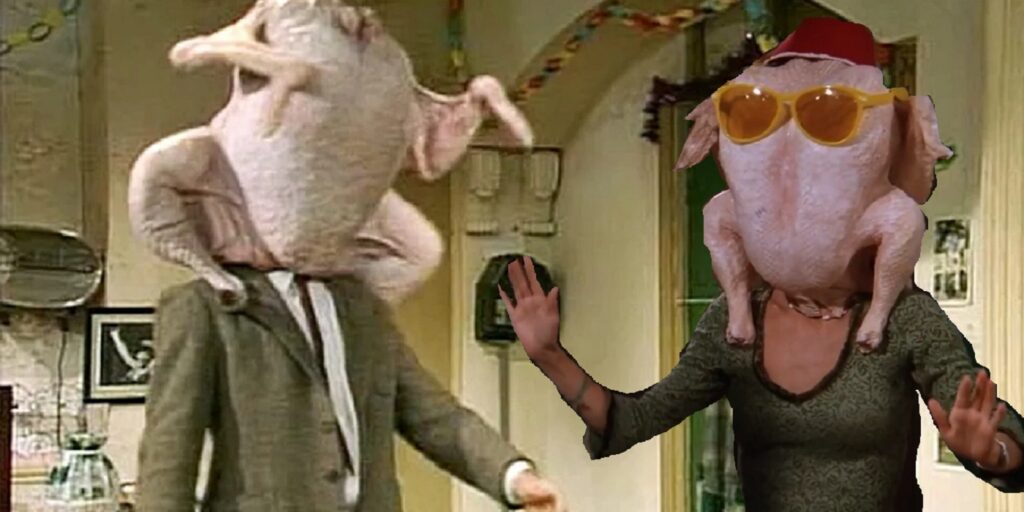 Today, we look at the creators of Mr. Bean reflecting on Friends copying their “Turkey on the head” gag.

My pal John Trumbull wanted me to write about this, so here we are!

In the Thanksgiving episode of Season 5 of Friends (titled “The One With All The Thanksgivings”), Joey gets the Thanksgiving turkey stuck on his head while trying to freak Chandler out. Later, after trying to apologize to Chandler after she revealed that she accidentally cut off his toe off years earlier as part of a plot to seduce him, get him naked and then start laughing at his naked body as revenge for him mocking her weight a year earlier (she then ruined any chance of having the toe re-attached by accidentally bringing a baby carrot to the hospital instead of the toe), Monica shows up at his apartment with the turkey on her head. Chandler (who had been having a seemingly casual secret fling with Monica for the last couple of months) inadvertently lets it slip as he laughs that he loves her.

Last year, as part of the promotion for a documentary about Mr. Bean, Bean’s creators (Atkinson and writer/director Richard Curtis) reflected about the Friends’ bit, with Atkinson noting, ‘In the end, you can’t steal jokes. But jokes are there to be stolen, or to inspire. Inspire others.”

Curtis added, “I’m absolutely dazzled by the Friends thing. I only saw it the other day. I literally can’t believe what happened there. Bizarre.”

Now, could I possibly believe that this was just a coincidence? Sure, but I could also easily see Friends adopting the bit from Mr. Bean, as Mr. Bean IS pretty darn popular, after all.

Thanks to John for the suggestion! 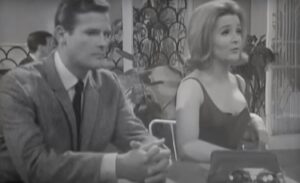 Brian Cronin January 8, 2022
A-ha’s First Attempt at ‘Take On Me’ is Pretty Eerie 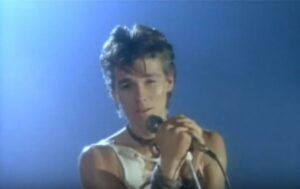 Brian Cronin December 29, 2021
The Surprise Buffy Connection to George Harrison’s Hit Song, ‘Got My Mind Set On You’ 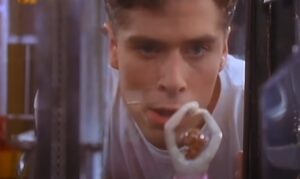 The Surprise Buffy Connection to George Harrison’s Hit Song, ‘Got My Mind Set On You’