Today, we count down the top five worst puns that James Bond has made in his illustrious movie career.

We all know that the James Bond films are filled with, for lack of a better term, “Dad Jokes,” only often also with some awkward double entendres thrown in there, as well (this was especially evident in the early films, when racier subject matter was less acceptable). Some of these puns are TERRIBLE and so I’m going to count down the worst offenders.

The second is that I’m discounting all of the super quick one-liners, Bond’s equivalent to Robin’s “Holy ___” puns from the Batman TV series. They’re almost all terrible, but they’re just a given for the series, so there’s no real way to judge Bond saying, “Shocking. Positively shocking.” when a guy is electrocuted to death vs. Bond saying, “I think he got the point” when a dude is killed via a harpoon. Those puns are pretty much the same. They’re just stupid one-liners.

For this list, then, I’m looking at examples where Bond goes beyond simple one-liners and stretches the pun to the point of absurdity. The worst the stretch, the higher the rank. I’ll typically do Honorable Mentions for these top fives, but there are SO MANY Bond pun that I’m going to avoid it this time out.

One last bit – you can hate the fourth-wall breaking joke by George Lazenby’s James Bond all you want, where he says, “This never happened to the other guy,” but your problem there is really the decision to break the fourth wall, right? It’s not really the line, so I am not counting that one.

As the first Black Bond girl, it’s really bizarre just how weirdly Gloria Henry’s Rosie Carver is treated in Live And Let Die. She’s a new CIA agent, but she’s also secretly working for the bad guy in the film, but the film decides that her shtick is that she’s just incompetent. 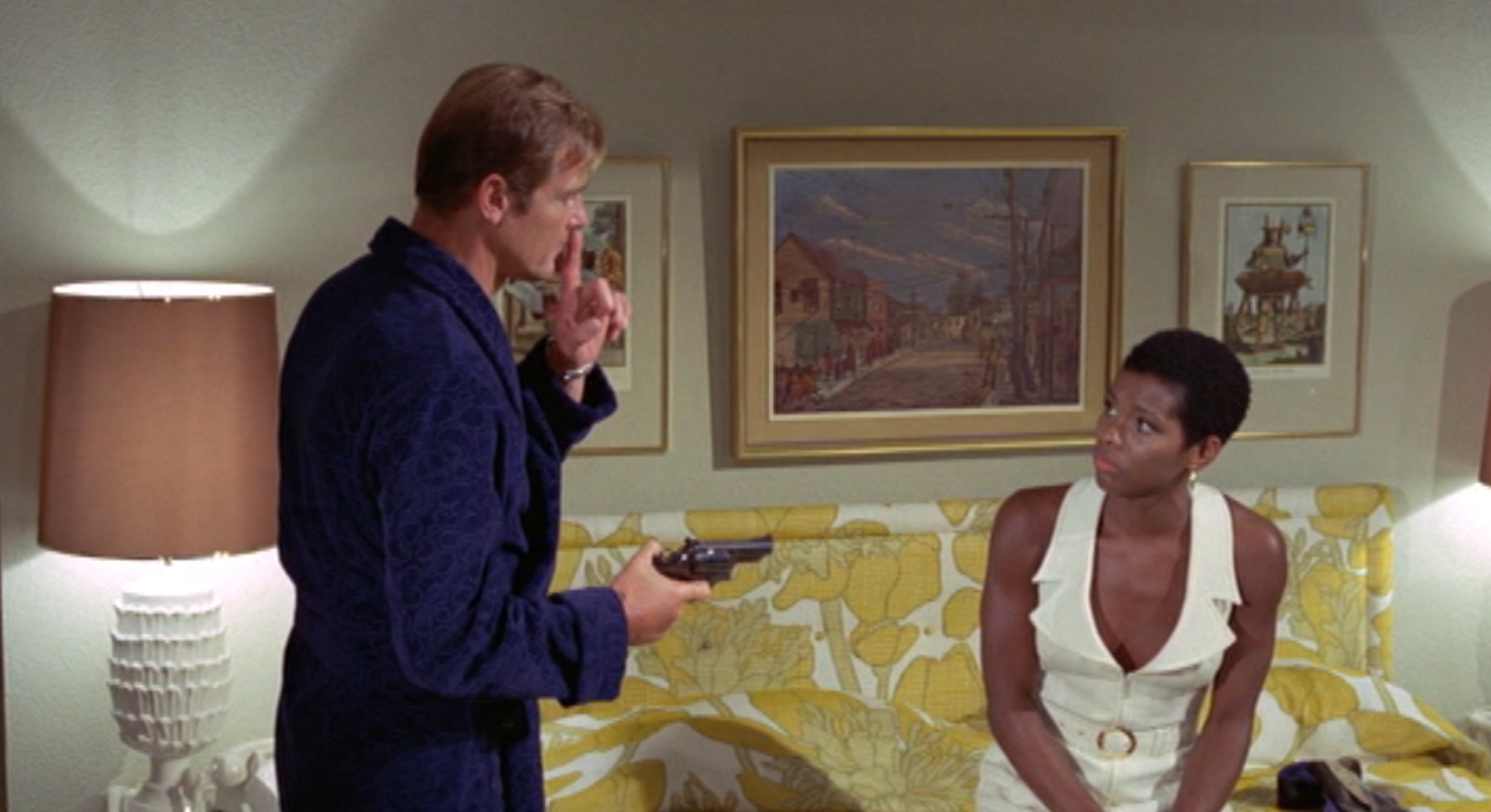 Soon after she first meets Bond, she is frightened by a snake in her room and shrieks and jumps into his arms, saying “Oh, I never should’ve gotten into any of this! I’m going to be completely useless to you.” Bond then replies, “Oh, I’m sure we’ll be able to lick you into shape.”

First off, the ACTUAL phrase, “whip you into shape,” works in and of itself, so why not just use THAT if you’re going to be creepy?

But secondly, the lady’s freaking out and it just makes Bond look kind of disturbed that he’s using the moment to try to have sex with her. Bond’s attempts at seducing Rosie are shockingly limp.

4. “There’s no point in going off half-cocked.”

This might surprise you, but James Bond talks about his penis a LOT in his films. SO many of his puns involve his penis in some shape or form. He clearly loves to work in references to his penis and especially his erections. However, most of the time, there is at least sort of a straight line to the reference to his boner.

Here, though, in another scene from Live And Let Die, Bond has just had sex with Solitaire (played by Jane Seymour) twice and she asks him, “Is there time before we go, for lesson number three?” and Bond replies, ” 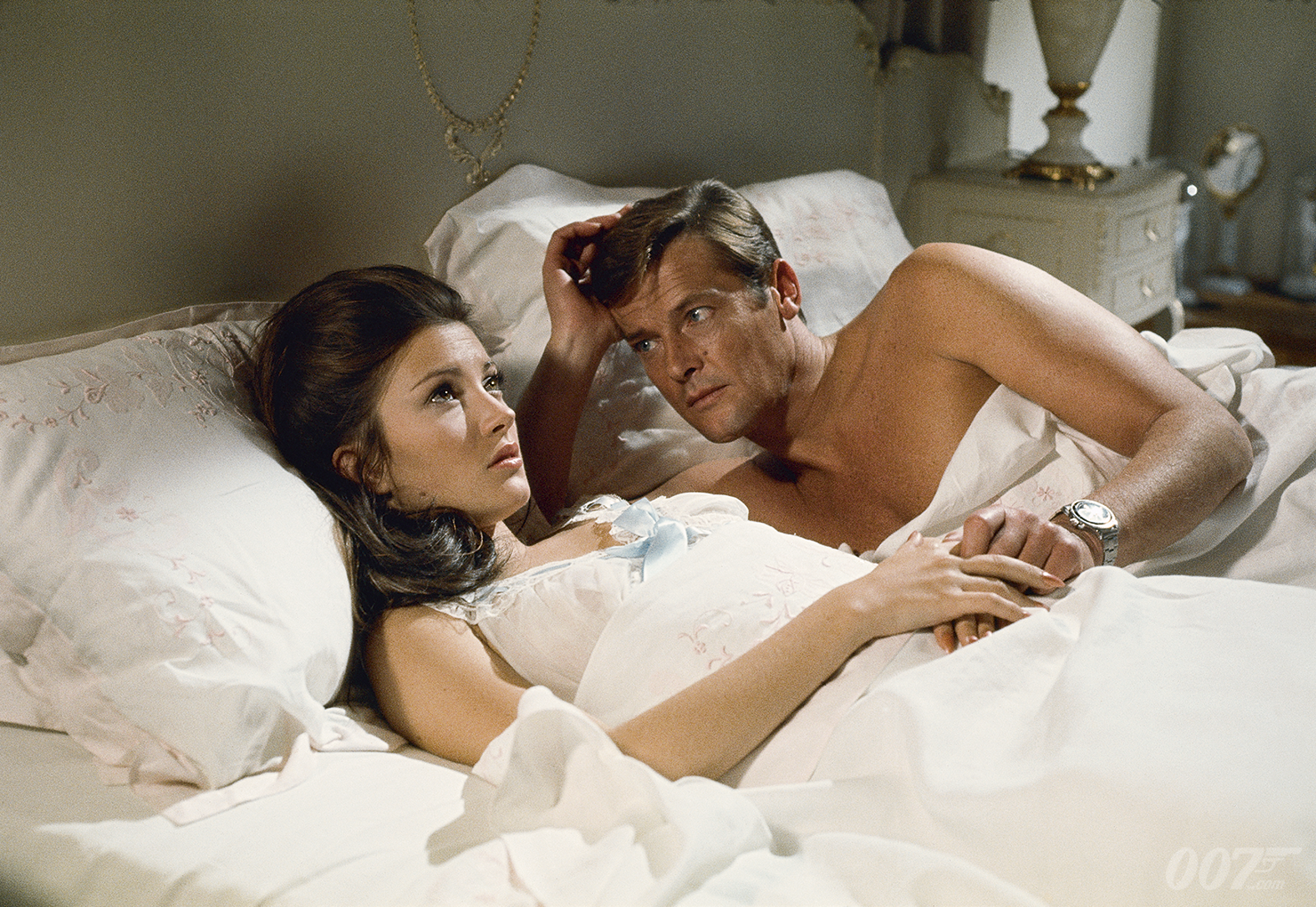 “Half-cocked” references the idea of cocking a gun and if you “half cock” it, it means that it is not ready to fire, so if you go off half-cocked, it means you have a gun that isn’t ready to fire. In other words, it doesn’t apply to this scene at ALL except that they want to get Bond to use the term “cocked” in some context.

Bond is getting ready to have sex with Plenty O’Toole when he realizes that there are a bunch of bad guys in her hotel room, pointing their weapons at him. He quips, “Well, I’m afraid you’ve caught me with more than my hands up.”

First off, it would have worked a lot better had someone actually TOLD him, “Put your hands up.” But secondly, it is clear that Bond isn’t JUST about to have sex with O’Toole, he’s still picking up some stuff in her hotel room! The line would have made SO much more sense if he was already in bed with her.

2. He Always did have an inflated opinion of himself!

It seems hard to imagine that three of the top five are from a single film, but hey, what can I say? Live And Let Die just has a lot of terrible lines.

Like I said, I’m totally fine with Bond making terrible puns when he kills bad guys, so long as they’re to the point, but the death of Dr. Kananga (Yaphet Kotto) in this film is just far too roundabout of a pun.

Bond shoves a compressed-gas pellet into Kanaga’s mouth, forcing him to inflate and explode. Forgetting whether that makes any sense as something that would actually physically happen to someone, it just doesn’t work for the context of the scene. Not to mention the fact that it requires Solitaire, who was standing right there when this all happened, to ask where Kanaga was, even though she clearly just saw him explode, in order to set up Bond’s pun. Just awful.

1. “Christmas Comes Once a Year”

The all-time worst Bond pun, though, really comes as no surprise. Almost any big James Bond fan knows this one by heart (even if they wish they could forget it), and it is the climactic scene of The World Is Not Enough, where James Bond celebrates saving the day by having sex with nuclear physicist Dr. Christmas Jones (played by Denise Richards).

Jones has mentioned a few times in the film that she doesn’t like jokes about her name, but Bond has already violated that by noting that they are in Turkey, so, “I’ve always wanted to have Christmas in Turkey.” That’s bad, but if it had ended there, that’s fine enough, but no, DURING THE SEX, Bond interrupts their lovemaking to say, “I was wrong about you,” to which she replies, “Yeah? How so?” and he then wraps the movie up with, “I thought Christmas only comes once a year.”

I mean, you really can’t torture a pun any worse than that. That’s just shockingly bad.

Tags: From Russia With Love James Bond Live and Let Die The World is Not Enough 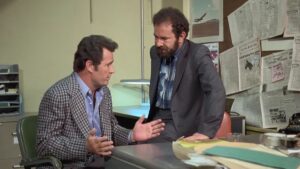 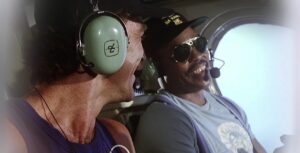