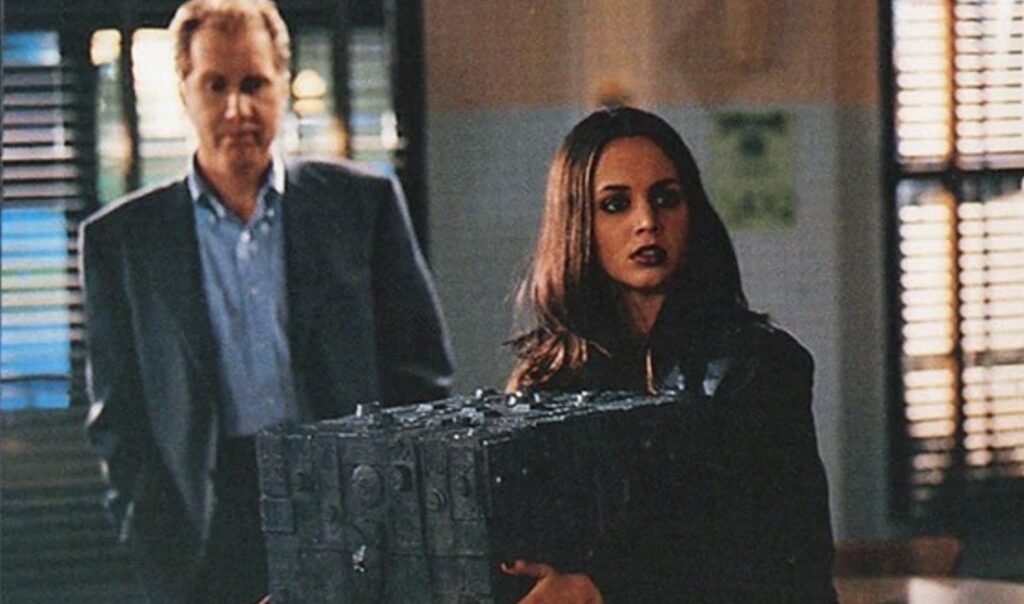 Today, I want to know what you think is the best villain team-up on a live action TV series.

The only requirement is that the villains have to be introduced separately. In other words, if they’re introduced working together, then they’re not a team-up, that’s just a villain duo. For it to count as a villain TEAM-UP, they have to both be independent villains before teaming up with each other.

With that in mind, my pick is Mayor Wilkins (Harry Groener) and Faith (Eliza Dushku) in Buffy the Vampire Slayer Season 3. Their fascinating twisted father/daughter routine was FASCINATING. It made them both much more interesting.

And feel free to suggest future Pop Culture Theme Time topics to me at my new, much shorter e-mail, brian@poprefs.com!

2 thoughts on “What Was the Best Live Action TV Villain Team-Up?”