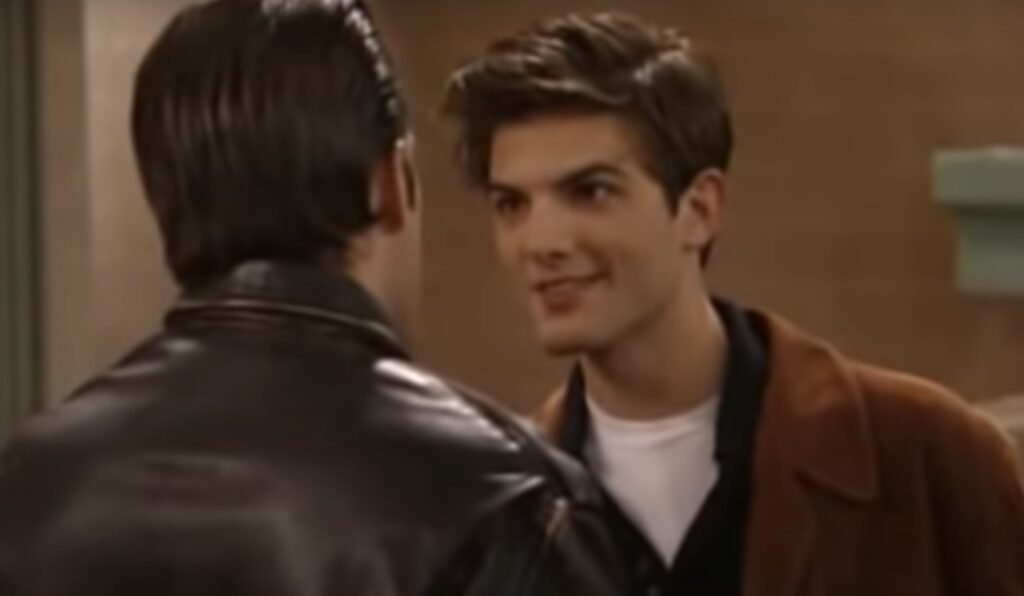 Today, we see Adam Scott explaining how his time on Boy Meets World was awkward, in part because of what he discovered on internet message boards.

As you may or may not know, the excellent actor, Adam Scott, perhaps best known now for his long-running stint on Parks and Recreation, was briefly a recurring cast member on Boy Meets World (after appearing in an earlier episode as an unnamed senior). Cory Matthews (the boy of Boy Meets World) and his friend Shawn would run into trouble from the school bully, Harley Kiner (played by Danny McNulty), and his two underlings, Frankie and Joey (played by Ethan Suplee and Blake Soper, respectively) in the second season of the show when the boys started high school. When the show wrote Kiner off before the end of the second season, Scott’s character, Griff Hawkins, became the new head of the bullies, but he was more of a Ferris Bueller type than the sort of guy who would beat you up.

Scott only made a handful of appearances before being written off himself at the start of Season 3, when Kiner returns and the two lackeys go off on their own….

In a great Vulture interview with Josef Adalian, Scott revealed his strange time on the series:

When that was on TV, it was on Friday nights at eight o’clock or whatever, and it was for little kids, so, careerwise, it might as well have been projected on the side of a building in the elementary-school playground or something. It didn’t have any significance.

I always checked the [online] message boards, which were still this kind of mysterious thing – and I remember reading someone posting that they were friends with the girl that played Topanga [Danielle Fishel], and Topanga had told this person that no one at the show liked me very much. And I remember just being crushed, but it also all kind of made sense, because I was definitely on the outside of whatever was going on there. They were all friends and I was just kind of there and would hang out with Blake [Soper] and Ethan Suplee. I didn’t know if it was real or not, but kind of felt like it was … The Internet or these message-board things were still kind of small enough that it felt genuine. And sure enough, the next episode they wrote me off.”

A few years later, Scott also talked to TV Line about the show, which was just about to have a sequel series, Girl Meets World, at the time, “It’s weird, Boy Meets World has kind of turned into a thing now. At the time, it was on Friday nights at 8 pm. So, no one I knew even knew what it was. It was for kids. So, it was a thrill to be on a TV show briefly, but it was not like I ever got recognized for it. If I had known then that in 20 years [the show would have a revival], I probably would have been more psyched about it.”