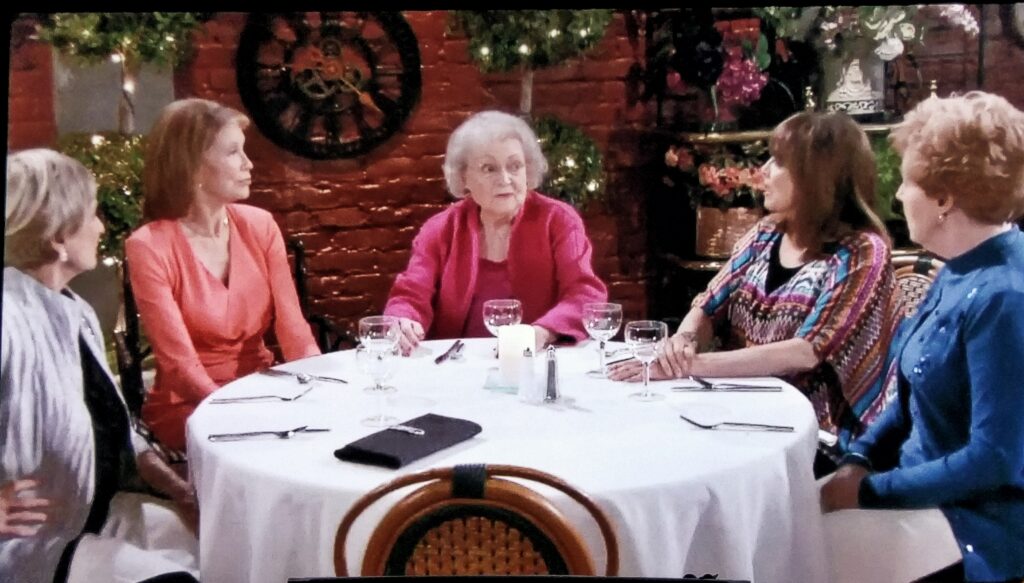 Today, we look at five times that former co-stars make knowing references to their earlier series when one of the actors guest stars on the other’s later series.

Very often, an actor will guest star on a series with one of their former co-stars on an earlier, famous series. The show will often find a way to throw in a winking acknowledgement of their earlier show. Here are five examples of that sort of thing.

THE DUKE BOYS REUNITE ON SMALLVILLE

Tom Wopat and John Schneider famously played Bo and Luke Duke on the hit 1980s series, Dukes of Hazzard, where they famously drove around in a car where they entered the car from the windows rather than opening the doors. Schneider later played Jonathan Kent on Smallville.

In a Season 5 episode of Smallville, Wopat guest starred as a politician friend of Jonathan’s who Jonathan helps set straight about his behavior during a car ride (the doors aren’t working so they have to go through the window)…

When Knotts showed up, he re-enacted an old bit from The Andy Griffith Show…

Thanks to Bill Walko for suggesting this one!

On the sitcom, Hot in Cleveland, Betty White was a regular cast member. In a Season 4 episode, her character reunited her old bowling team, which was, of course, actually a reunion of the Mary Tyler Moore Show, with Mary Tyler Moore, Cloris Leachman, Valerie Harper and Georgia Engel all showing up.

They specifically referenced how it used to be that on Saturday nights, all eyes were on them…

Sadly, since that 2013 episode, all five of the actors have since passed away.

RAY ROMANO CRASHES THE HONEYMOON ON THE MIDDLE

On The Middle, Patricia Heaton played Frankie Heck. In the Season 3 premiere, Frankie recalled her honeymoon camping trip with her husband, Mike, and how it was crashed by a weird guy. The weird guy, of course, was played by Ray Romano, Heaton’s TV husband on the earlier hit series, Everybody Loves Raymond.

At one point, Romano’s character tells Frankie that in an alternate reality, they could be married.