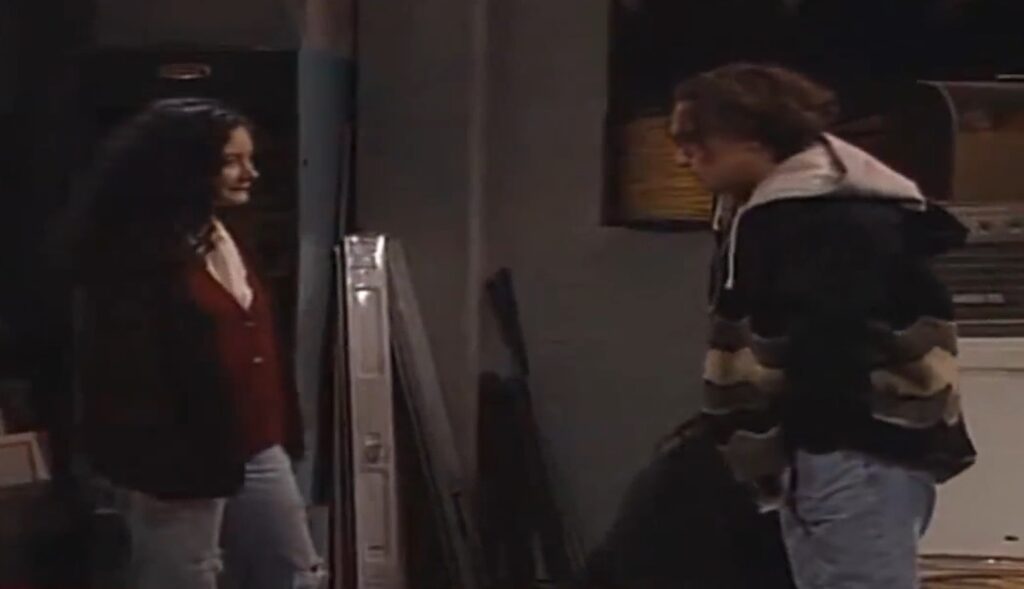 Today, we look at how David on Roseanne had his name changed by Darlene.

In the final season of the TV series, Head of the Class, Billy Connolly took over as the teacher on the show. Once the show ended, he received his own spinoff series, Billy, where he moves to Berkley and then enters into a Green Card marriage with one of his Community College students who needs help paying her mortgage after his work visa expires. She is a single mother of three kids and Billy, of course, becomes like a parent to them (while his relationship with their mother eventually gets more real and less fake). One of the kids on the show was Johnny Galecki, whose character’s name was David…

While appearing on Billy still, Galecki made a guest appearance on Roseanne as Kevin Healy, the younger brother of Becky Conner’s boyfriend, Mark. He appeared in Season 4’s “The Bowling Show” in 1992.

Well, then Billy was soon canceled, and so Galecki returned to Roseanne, only now, with his time on Billy done, the name David was now “free,” as that’s what they wanted to call him on Roseanne in the first place, but felt it weird for him to play two characters named David (I’ve seen someone even claim that there’s a rule against actors playing characters with the sane name. That’s nonsense, of course). So now that he was free, Galecki’s next appearance on Roseanne was as David Healy.

He then became a regular cast member in the fifth season of Roseanne as the boyfriend to Sara Gilbert’s Darlene Conner. In the sixth season, there is a plotline where Darlene moves to Chicago to go to college (to allow Sara Gilbert time off to attend school herself), and so David moves in with the Conners. He then ends up living with Darlene for a bit, and when Roseanne finds out, she forces David to come back to the Conner’s home. David, though, tells Dan the truth about him living with Darlene, and Dan throws him out of the house. Roseanne gets her sister, Jackie, to take David in while she works on Dan letting him move back in (they all tell Dan that David has gone to live with his mother in Michigan, which is what he originally told them when he went to go live with Darlene). When Darlene comes to visit, though, in Season 6’s “Everybody Comes to Jackie’s,” she and David meet up in the Conner basement and Dan catches them and all hell breaks loose.

During a fight with Roseanne (about her knowing that David was living with Jackie), Dan suggests that David was forcing Darlene to let him live with her. Roseanne mocks that idea, pointing out that Darlene obviously is the dominant figure in her relationship with David, adding “David’s not even his real name, Darlene made it up!” 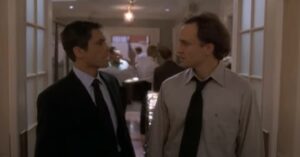