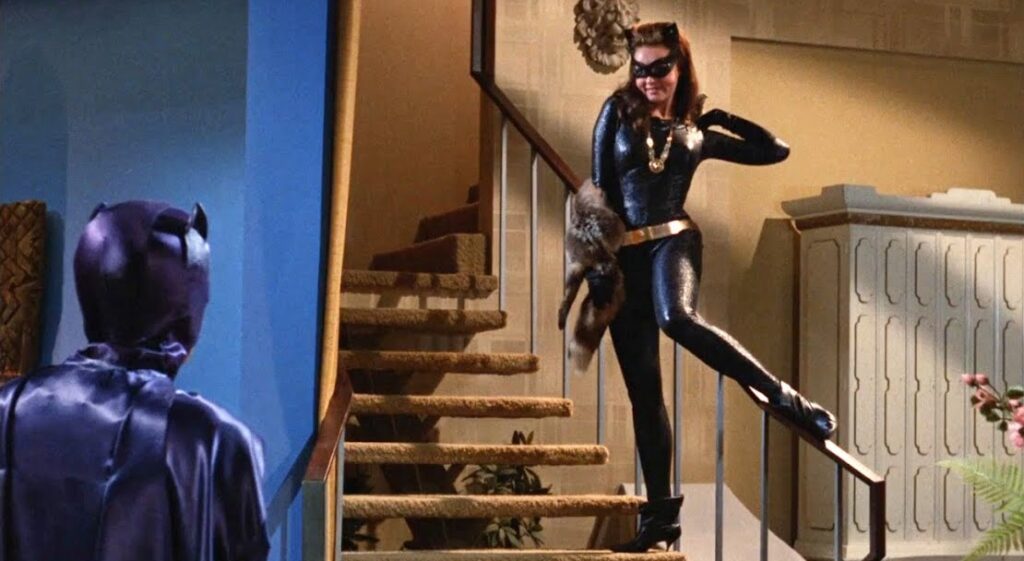 Today, we see Julie Newmar explain how much fun it was to do the scene where Catwoman tried to seduce Batman.

Whoops, a bit late with this one.

Anyhow, as you well know, the first Catwoman on the 1960s Batman TV series was played by the great Julie Newmar. One of her most memorable moments came Newmar’s final appearance as Catwoman, in Season 2’s “Batman Displays His Knowledge,” where she tries to seduce Batman (while all the time she is secretly trying to poison him with her perfume)…

In Joel Eisner’s iconic book about the Batman series, The Official Batman Batbook, Newmar explained how much she loves that scene:

I remember doing that entire sequence that even to this day amazes me… The dialogue in it was a seduction of Batman, and I remember it was late in the day with no rehearsal’s. You would just go out there and shoot it, which is probably why I was good, because being a dancer and choreographer, when it comes to movement, I know how to cover space and use good timing and hit every mark that the camera needs me to hit… I would do everything in one take… The fact that it all came off was a miracle.

It was so wonderful being on that show, because you could be nasty and mean, and in the fifties women could never, unless you were in some B pictures actress, be mean, bad, and nasty. It was so satisfying , I can’t tell you how satisfying it was.