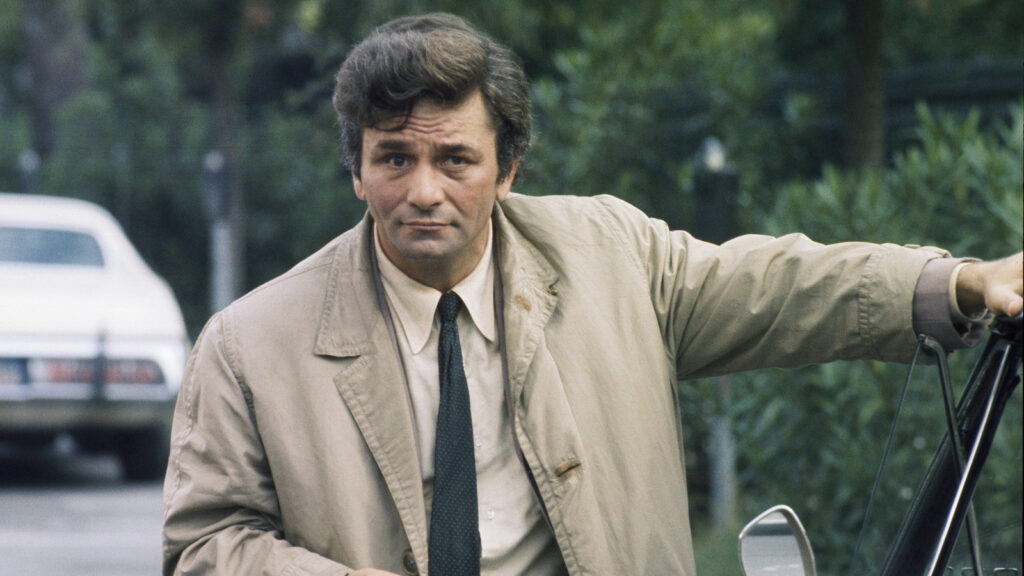 Today, we look at the classic Peter Falk detective series, Columbo, which famously started with the murder being committed and then we have to watch HOW Columbo will solve the murder each time around. The series was done as an extra-long show that did not air weekly, so there weren’t a ton of episodes, and it was famously offbeat, so it’ll be fascinating to see if it hits a bingo.

Season 2’s “The Most Dangerous Match” involves a character being poisoned.

Season 2’s “Requiem for a Falling Star” has a cameo from Edith Head, the Oscar-winning costume designer.

Season 2’s “Double Shock” has Martin Landau play dual roles (playing twins who team up to commit a murder together).

Season 5’s “Now You See Him…” involves a magician.

Season 9’s “Columbo Goes to the Guillotine” involves a psychic.

Season 9’s “Murder: A Self Portrait” is a dream episode.

Wow, no bingo, but it came closer than I expected! 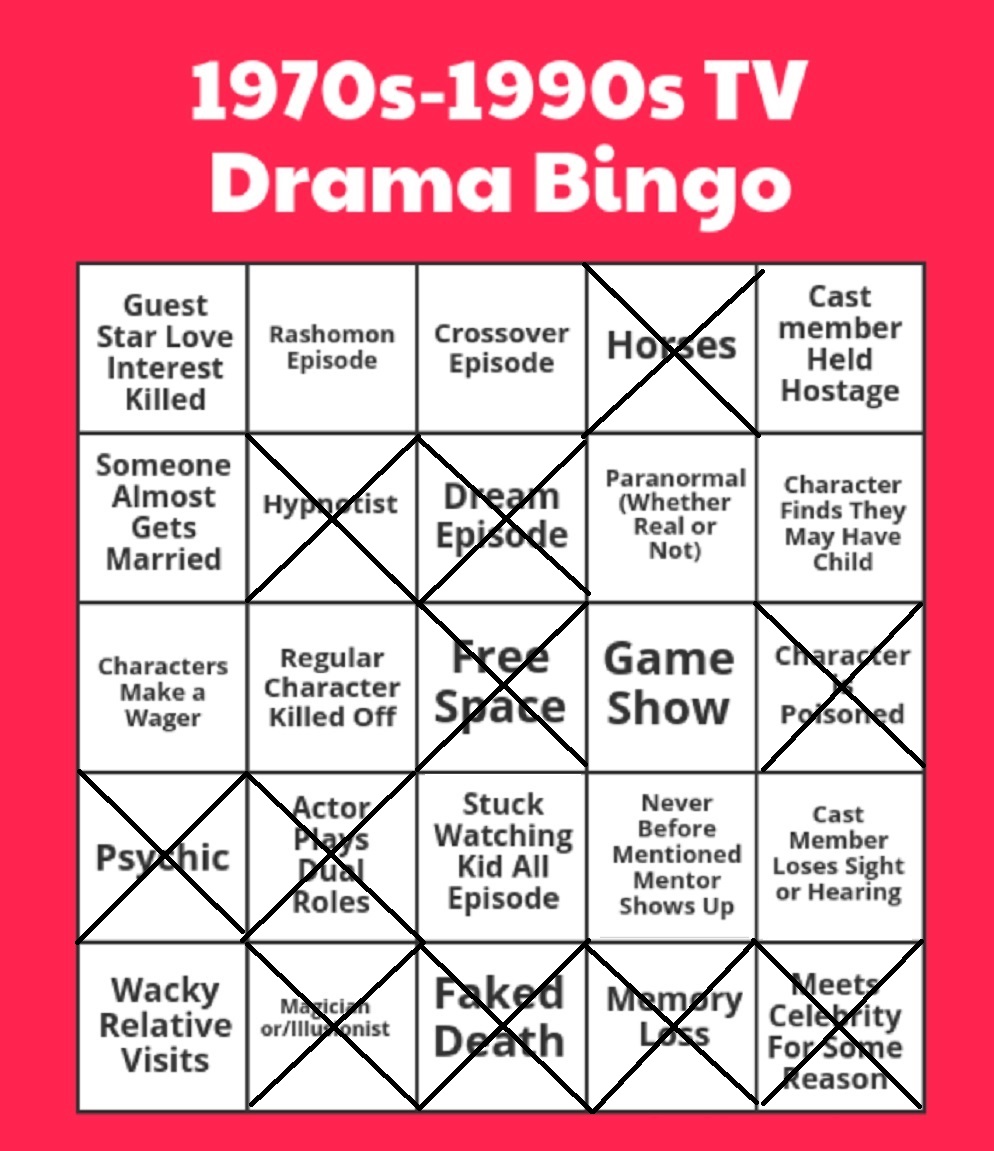 Okay, folks, feel free to send in suggestions for future TV Bingos! Just drop me a line at brian@popculturereferences.com