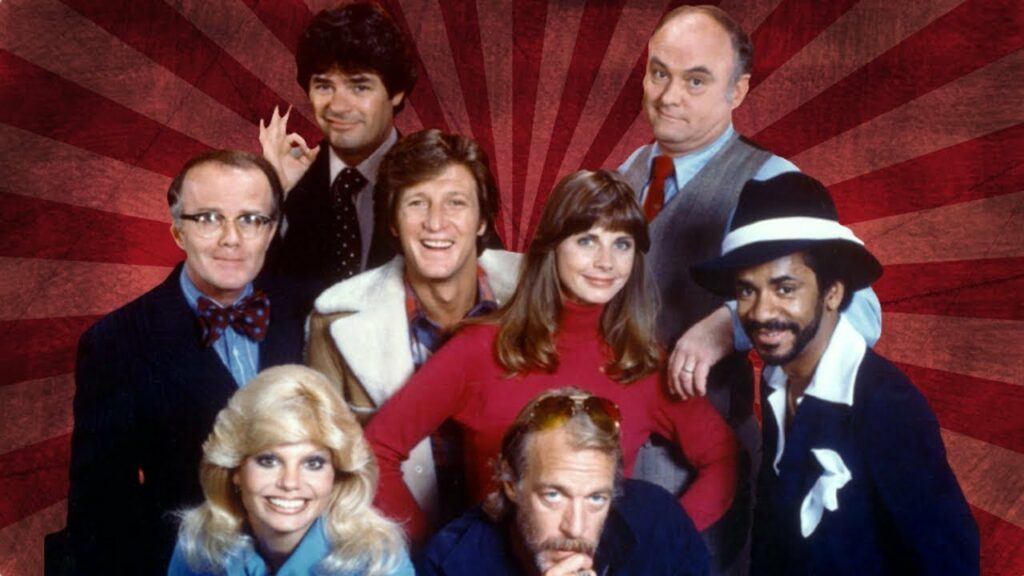 Today, in TV Bingo, we take on WKRP in Cincinnati.

Today’s show is WKRP in Cincinnati, the 1970s sitcom starring Howard Hesseman, who we just recently lost. The series followed the attempts to revamp a Cincinnati radio station into a rock music station and the adjustment proved to be quite a problem for the established workers at the station, which had long been an easy listening station.

Season 2’s “Baseball” has a wager between WKRP and a rival station over a game of baseball.

Season 2’s “Sparky” had Sparky Anderson guest star as himself.

Season 2’s “God Talks to Johnny” had Johnny believe that God is speaking to him.

Season 2’s “In Concert” was a Very Special Episode dealing with people dying from being trampled to death after a Who concert that the station had heavily promoted (based on a real life tragedy at a Who concert in Cincinnati).

Season 3’s “A Simple Little Wedding” has a wacky wedding vow renewal between the Carlsons.

Season 3’s “Nothing to Fear But…” sees the station robbed.

Season 4’s “Fire” sees Herb and Jennifer get stuck in an elevator together.

Season 4’s “The Creation of Venus” shows how Venus came to work at the station.

I don’t think the show hits a bingo. 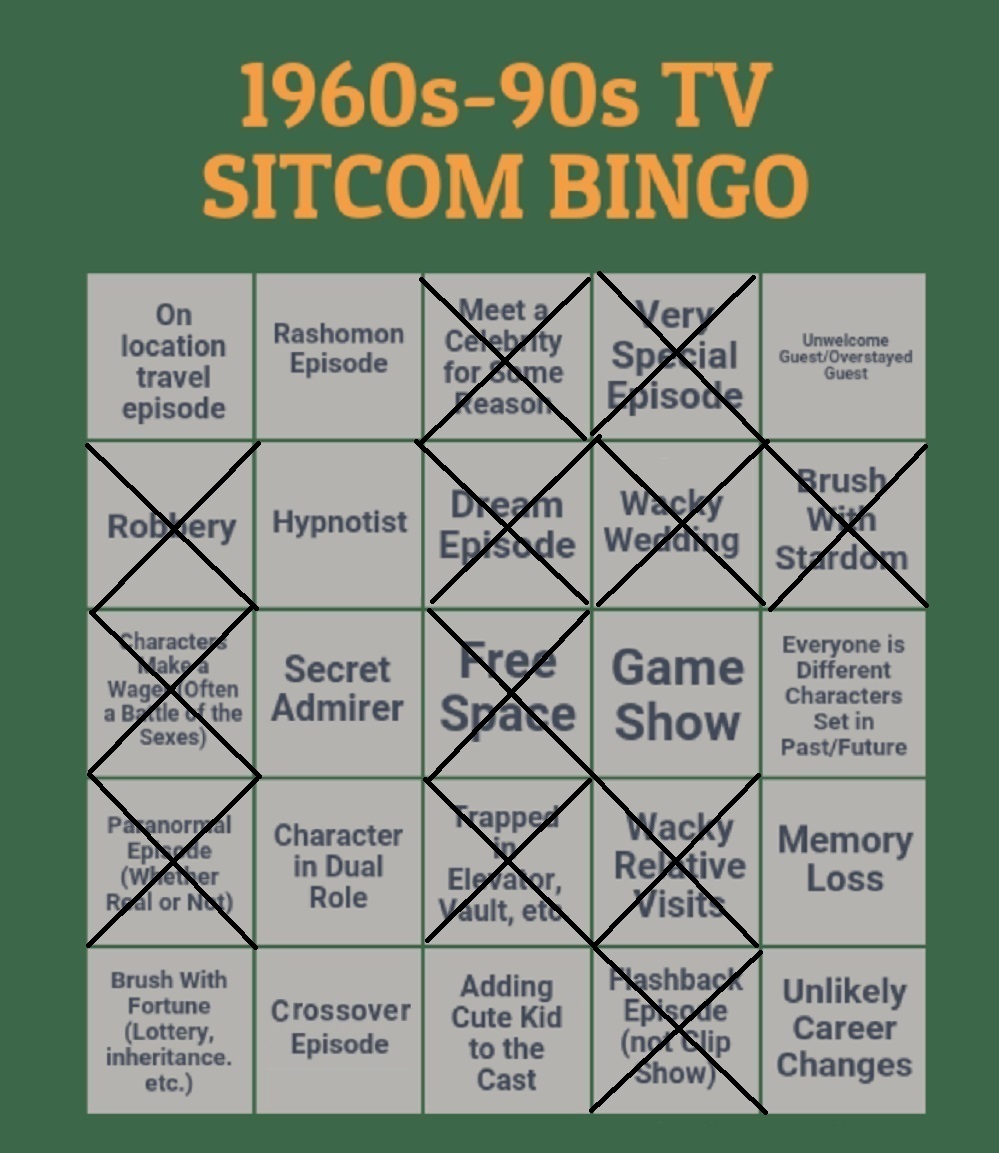 If we added in the revival series, it would, though (I know there was a hypnosis episode, for instance).

Feel free to suggest future shows for TV Bingo! Just drop me a line at brian@popculturereferences.com!