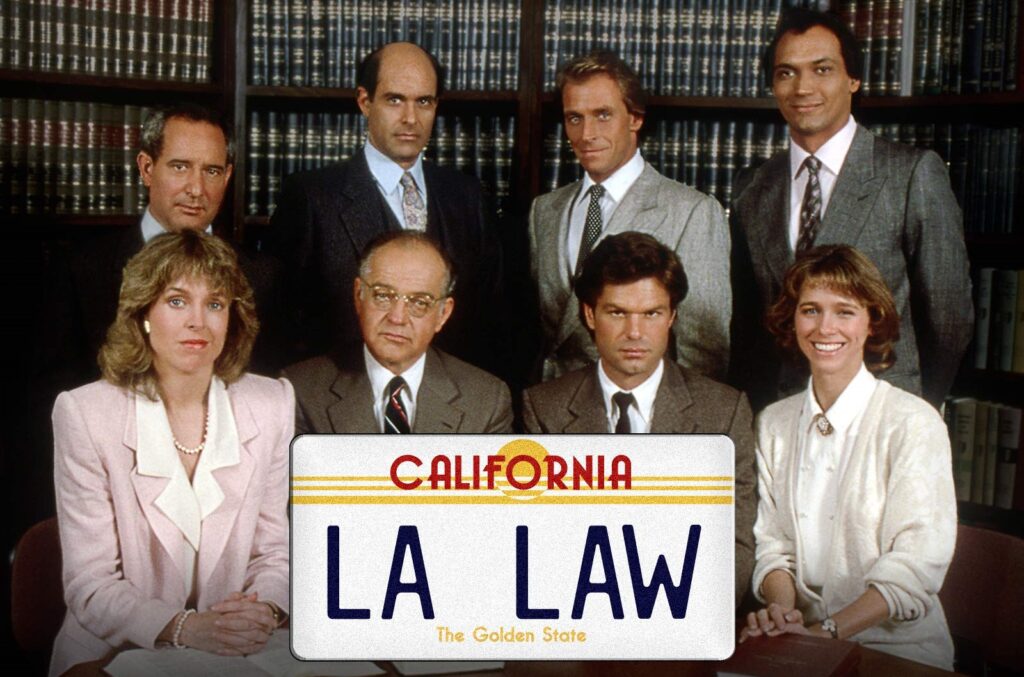 Today, as part of a delayed TV Bingo Tuesday, we play TV Bingo with L.A. Law!

Today, we take a look at L.A. Law, the award-winning legal drama about a law firm in, well, you know, Los Angeles. The series made stars out of Jimmy Smits, Corbin Bernsen and Blair Underwood and netted Emmy Awards for Smits, Richard Dysart, Larry Drake (twice) and Alfre Woodard (for a memorable guest performance in the pilot).

Season 1’s “Raiders of the Lost Bark” involves Michael and Victor betting on whether Victor can win a case.

Season 6’s “Great Balls Afire” has Stuart learn he has a daughter.

Season 7’s “Zo Long” has Stuart deal with memory loss after being assaulted.

It looks like the show didn’t hit a bingo! SO close! 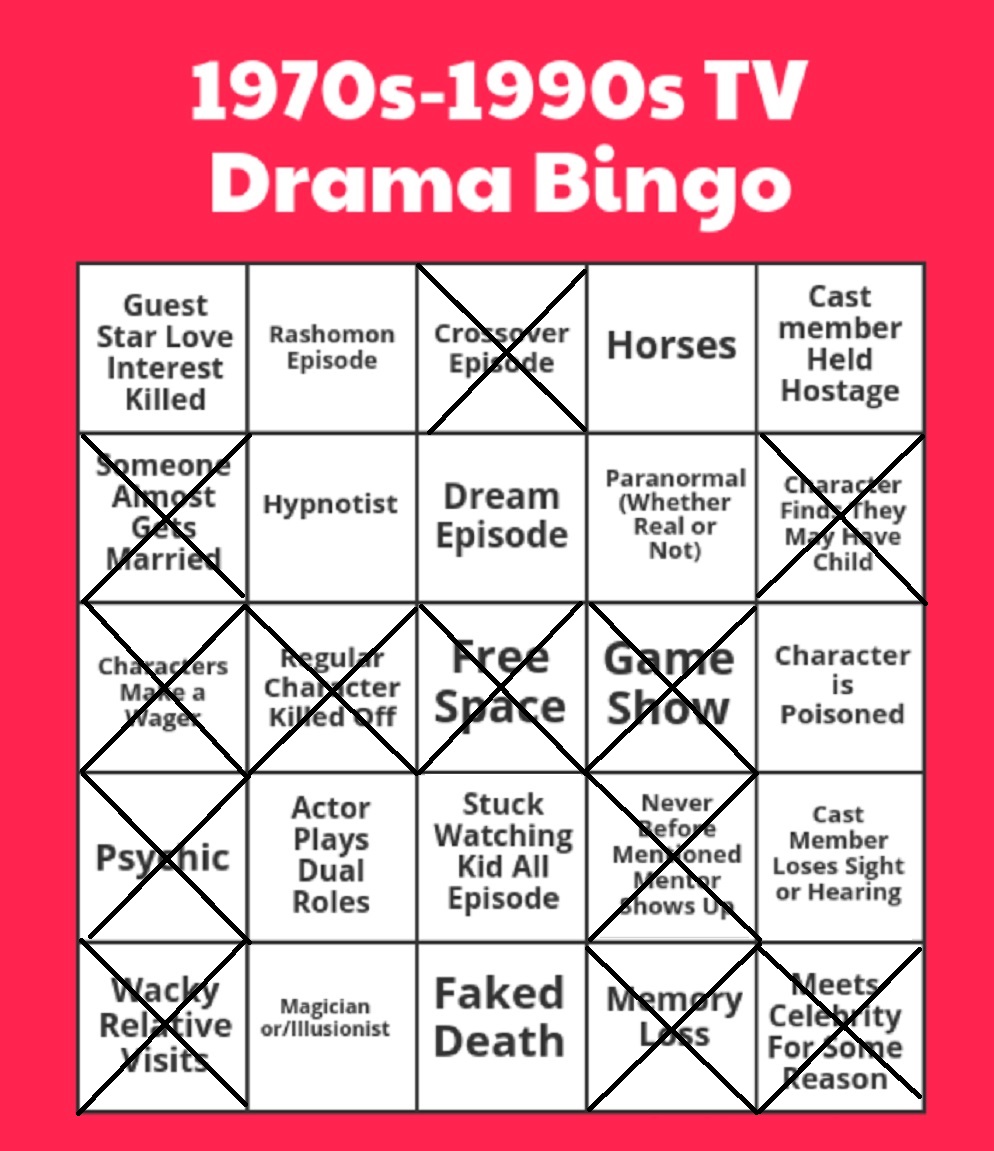 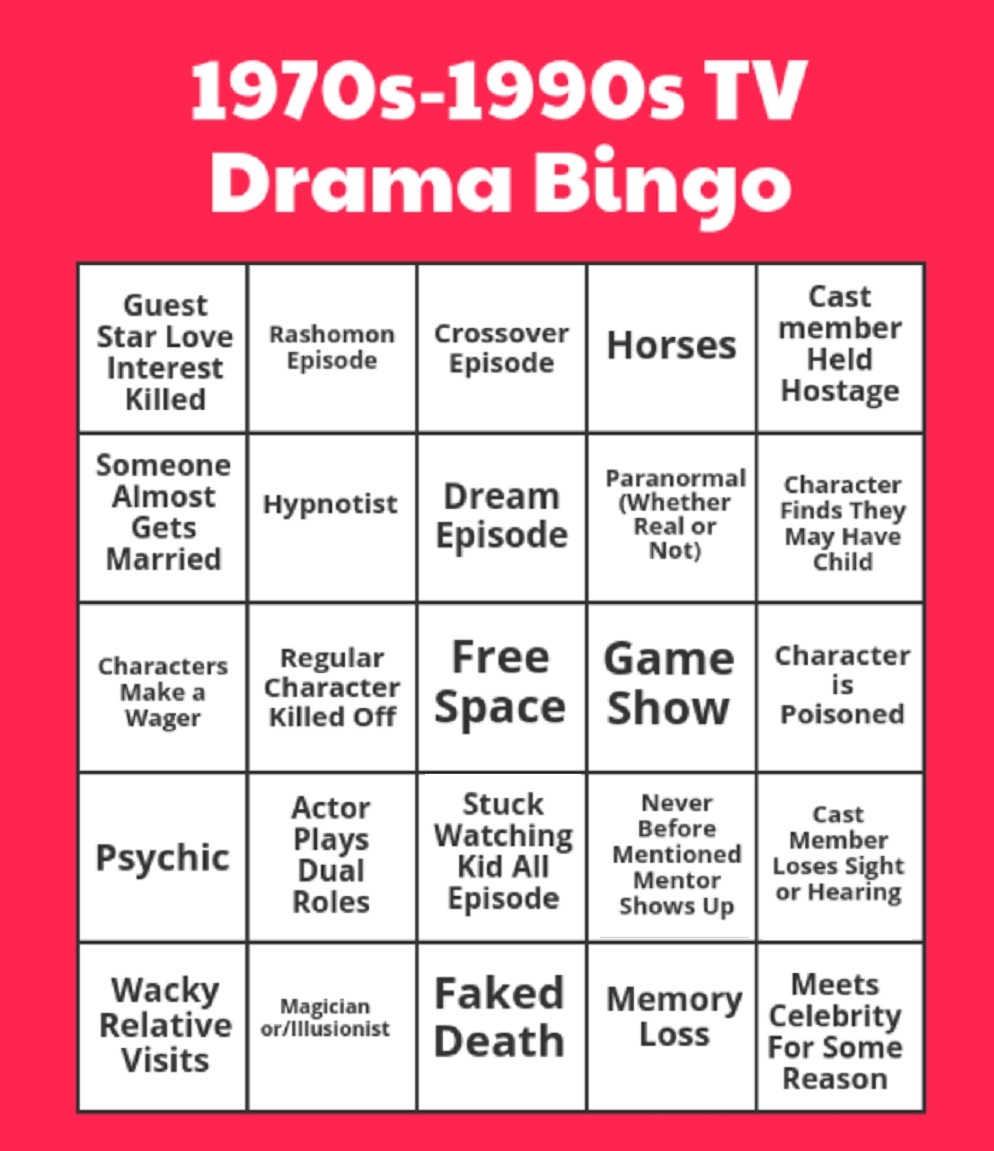