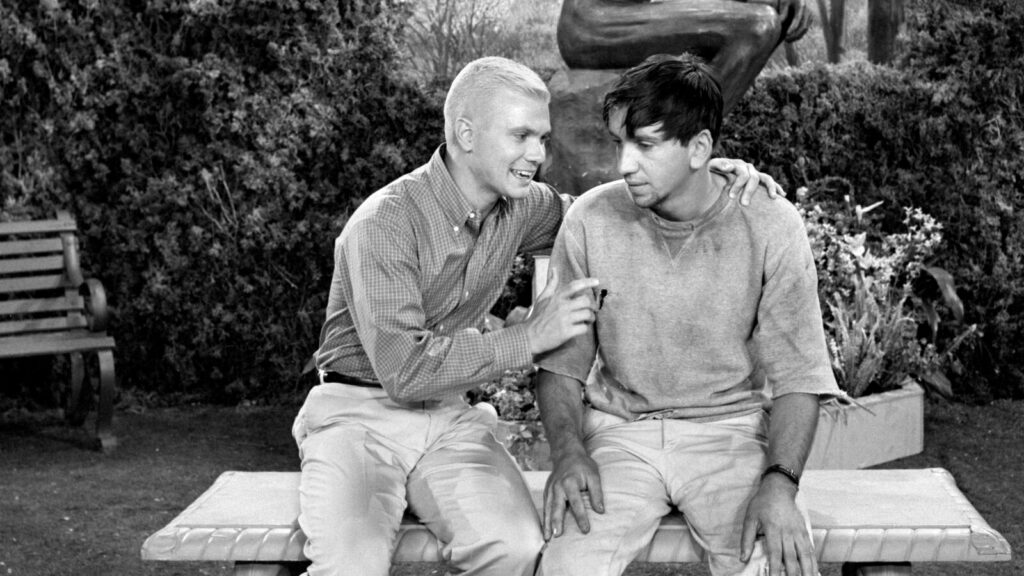 Today, in a delayed TV Bingo, we take a look at The Many Loves of Dobie Gillis.

I recently edited one square for my pal, Luna. I’ve added “Crossover episode” in place of “My Fair Lady (Makeover episode).”

Today, in honor of the recent passing of the show’s star, Dwayne Hickman, we take a look at the teen sitcom (perhaps the very first sitcom built specifically around a teen star), The Many Loves of Dobie Gillis.

Season 1’s “Here Comes the Groom” has a wacky almost wedding between Dobie and Zelda.

Season 2’s “Maynard G. Krebs – Boy Millionaire” has Maynard find a bunch of money in the park which he MIGHT be allowed to keep.

Season 2’s “Baby Shoes” is filled with flashbacks. I think it also counts as unlikely that Dobie, Maynard AND Chatsworth would all go into the Army together.

Season 3’s “When Other Friendships Have Been Forgot” has Maynard stay with the Gillises, driving them nuts.

Huh, I really don’t think that it made it. So odd, I would have sworn that this show would have made it, but I guess not. How in the world did Bob Denver not play, like, a British relative of Maynard at some point?! 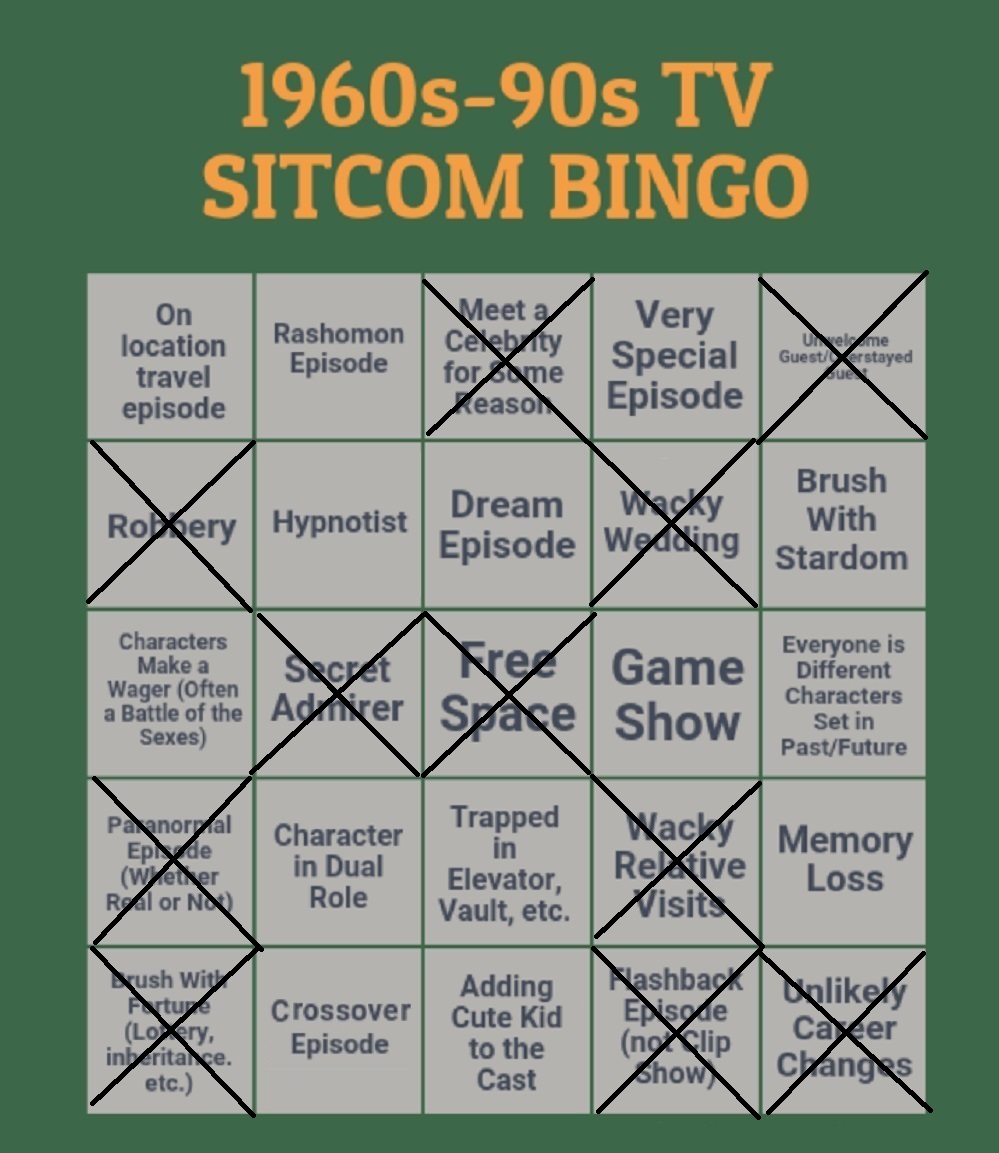 Tags: The Many Loves of Dobie Gillis