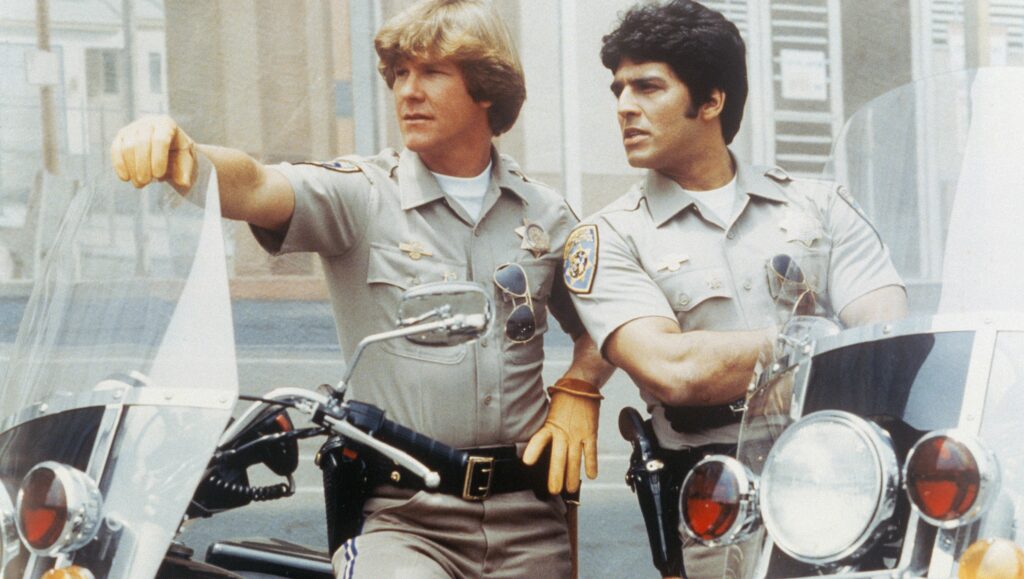 Today, as part of a delayed TV Bingo Tuesday, we play TV Bingo with CHiPs!

Today, we take a look at CHiPs, the police drama about a pair of California Highway Patrol motorcycle cops.

Season 1’s “Green Thumb Burglar” has a psychic in it.

Season 2’s “Disaster Squad” sees Ponch dealing with the 4-year-old of the woman that Jon is dating.

Season 4’s “A Simple Operation” has Sergeant Getraer almost lose his sight from an injury.

Season 5’s “Weed Wars” has a little kid who does spells and puts a hex on Ponch (I think that counts for magician).

Season 5’s “Bright Flashes” has Jon help his mentor get back on track.

I think that that’s it! 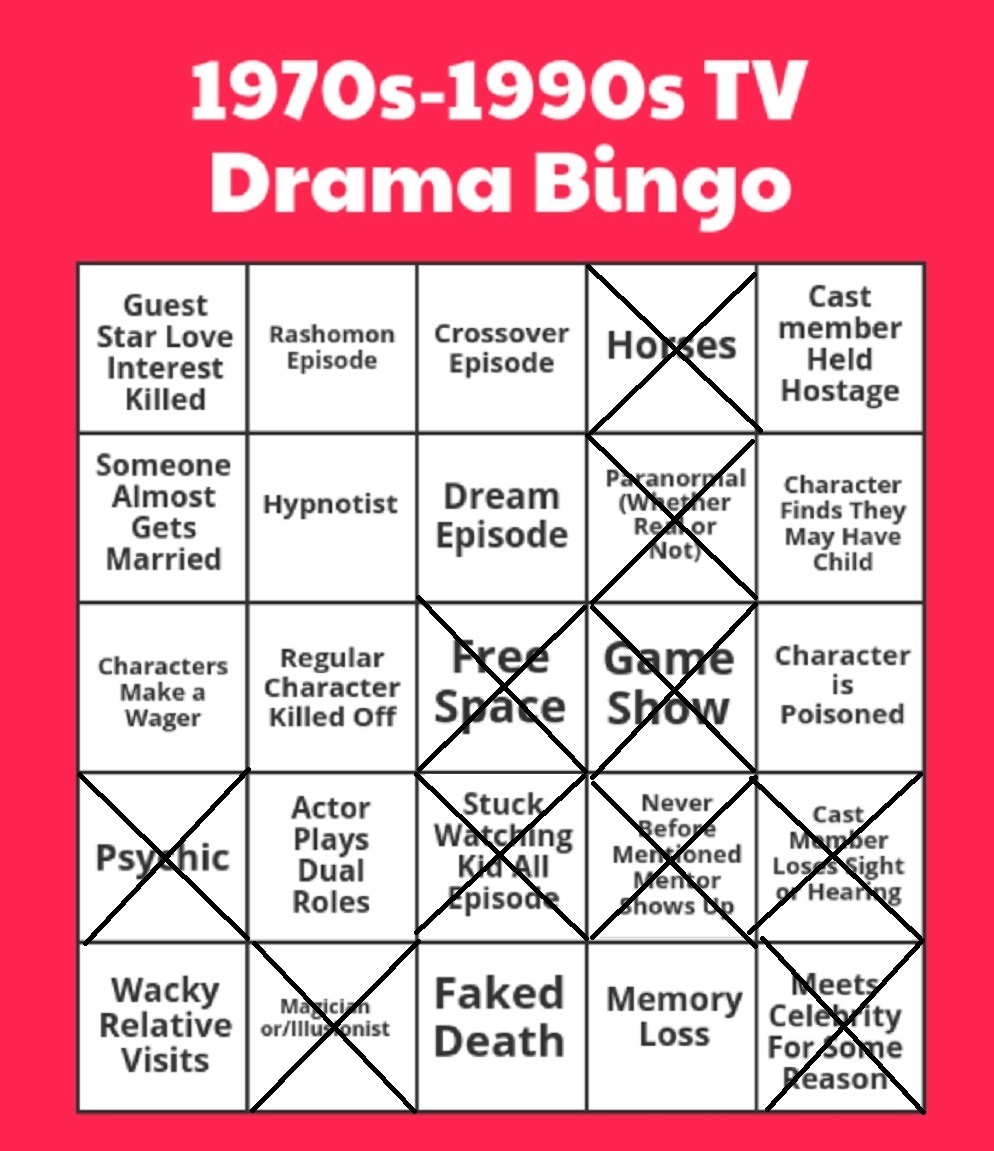 Let me know if you think I missed a bingo somewhere!