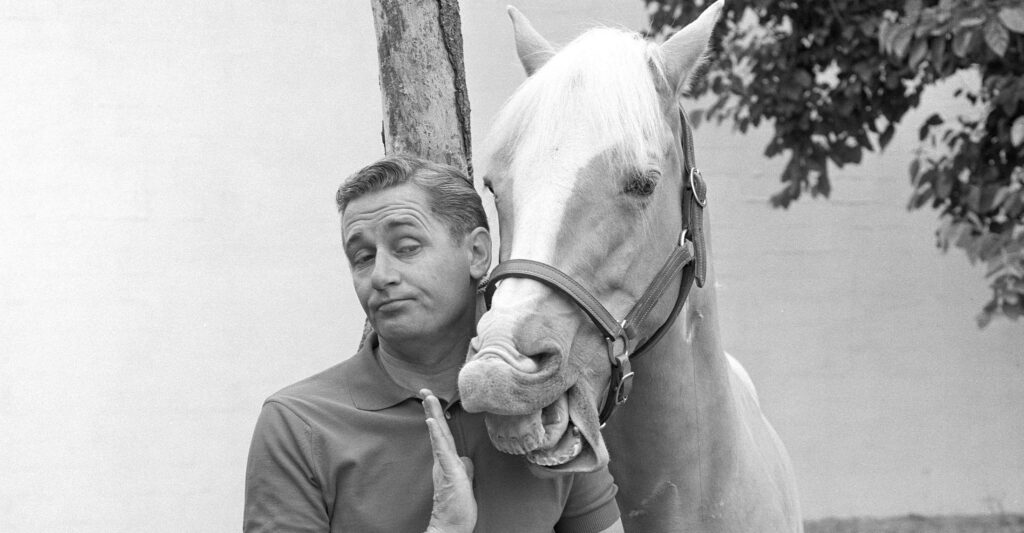 Today, in TV Bingo, we take a look at Out of This World.

Today, we take a look at the classic 1960s sitcom, Mister Ed, about a man who discovers that his horse can talk, but only to him (well, occasionally other people, but really only to him). Hilarious hijinks ensue!

The whole concept of the series was paranormal, so I’ll check that box off right away.

Season 1’s “Ed the Lover” has a filly have a crush on Ed as a secret admirer.

Season 1’s “The Aunt” does the classic combo of a wacky relative visiting AND being an unwelcome guest.

Season 1’s “Ed Cries Wolf” is about a robbery.

I think Season 2’s “The Horsetronaut” counts as a brush with stardom (as Ed nearly becomes the first horse in outer space).

Season 2’s “Ed, the Jumper” involves a wager (luckily, Ed saves the day by convincing the other horse into not competing).

Season 6’s “TV or not TV” involves a game show.

Season 6’s “Ed the Bridegroom” involves a wacky wedding for Ed (in a dream).

Finally a bingo! Dang, SO MANY BOXES were marked off! And yet no bingo until Season 6! 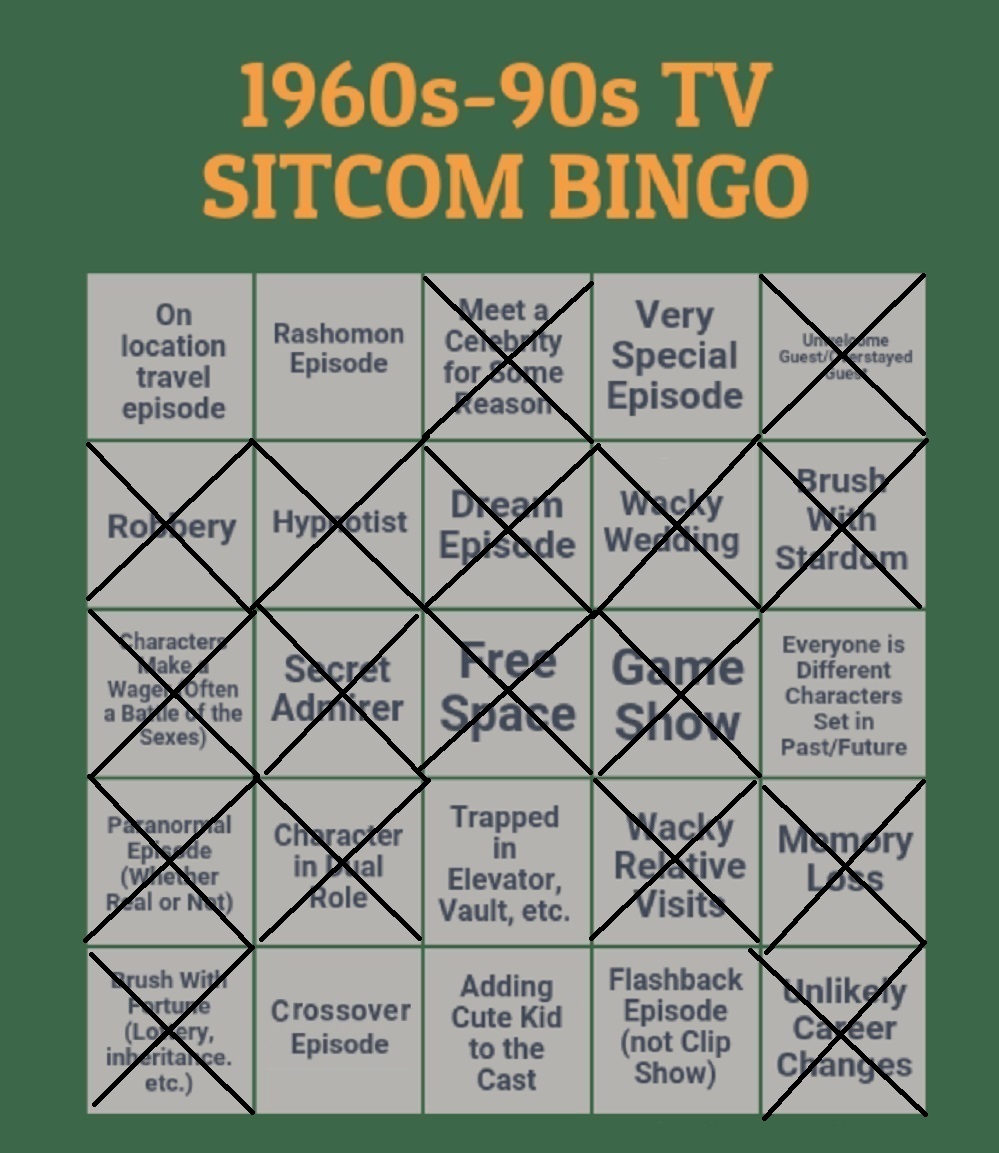