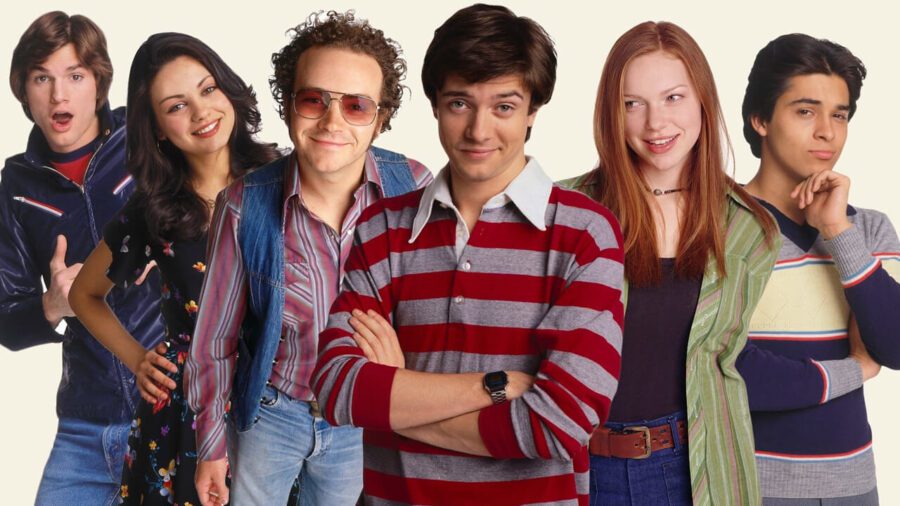 Today, as part of a very delayed TV Bingo Tuesday, we play TV Bingo with That 70s Show!

Today, we’re looking at the long-running sitcom about a group of teens in Wisconsin in the late 1970s, titled, appropriately enough, That ’70s Show.

Let’s all get in a circle in Forman’s basement and take a look!

Season 1’s “Sunday, Bloody Sunday” deals with Red’s unbearable mother visiting for Thanksgiving. I think this is more “unwelcome guest” than “wacky relative,” since she really wasn’t wacky, she was simply evil.

I’ll stretch the definition of “Celebrity” to count the Rock playing his own father, Rocky Johnson, when the gang meets him at a wrestling match in Season 1’s “That Wrestling Show.”

Season 1’s “A New Hope” is a dream episode. Since it was Star Wars themed, I don’t count it as the cast playing different characters in the past/present.

Season 2’s “The First Time” had a wacky wedding.

Season 3’s “Fez Dates Donna” has everyone wager on whether Hyde and Jackie can avoid fighting.

Season 4’s “Tornado Prom” has Eric and Donna trapped at a radio station in a tornado.

Huh…I really don’t think it hit a bingo. Anyone disagree? 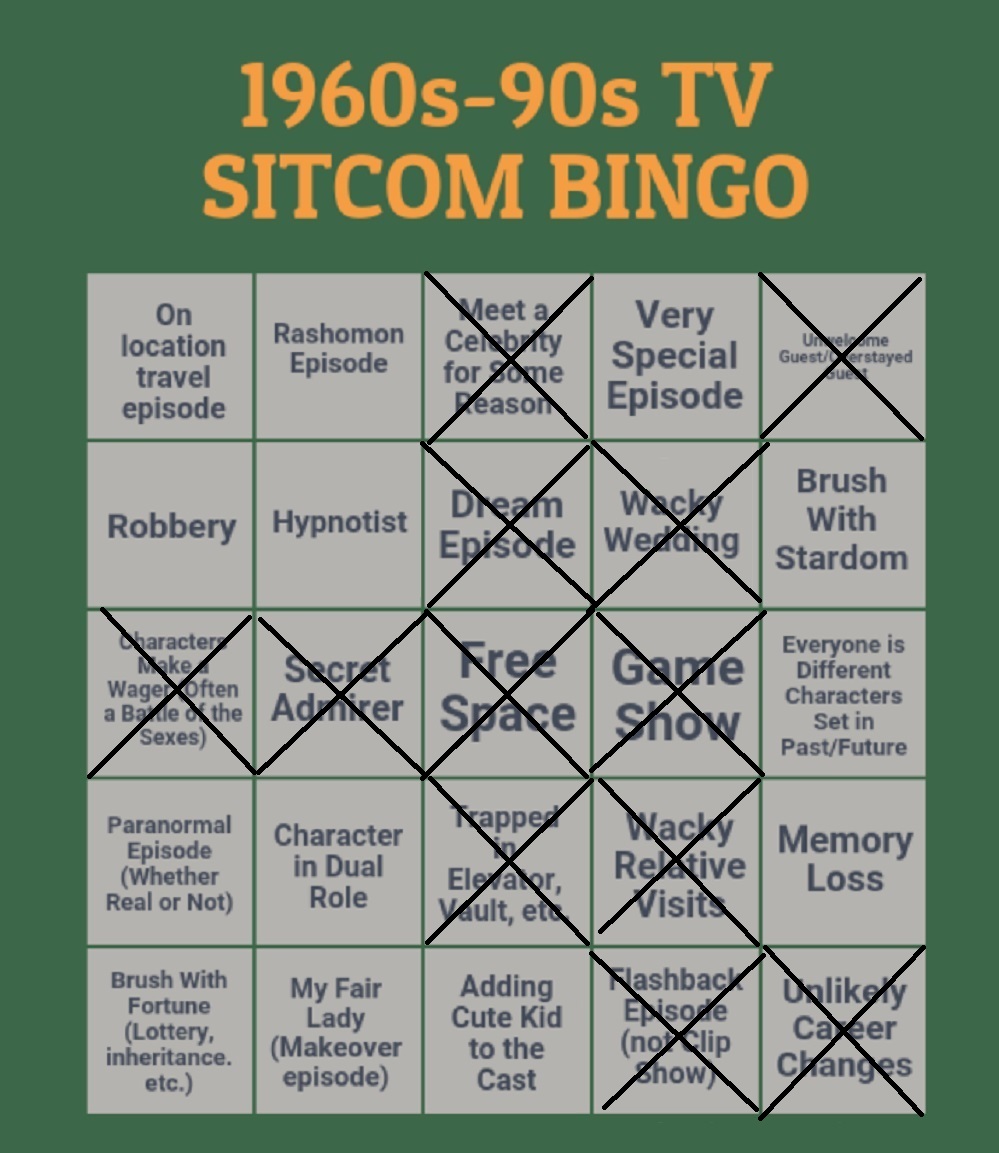