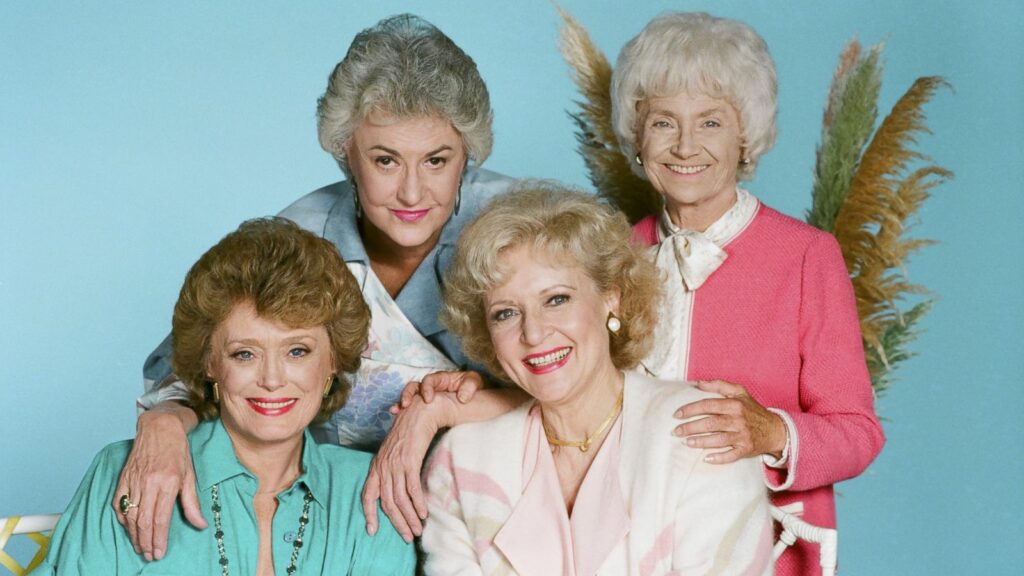 Today, as part of TV Bingo Tuesday, in honor of the late, great Betty White, we play TV Bingo with The Golden Girls!

Today, in honor of Betty White, we’re looking at her hit sitcom, The Golden Girls, about a group of friends who lived together in a house in Miami.

Season 1’s “Transplant” is a wacky visit from Blanche’s sister (not a wacky reason, but still wacky sister).

So yes, that is, in fact, five cliches hit in the first EIGHT EPISODES. Wow.

Oddly enough, then there wasn’t another cliche until the finale, “The Way We Met,” which showed how the friends all met each other.

Season 2’s “Isn’t It Romantic?” hits two cliches, it’s both a very special episode where a friend of Dorothy (wokka wokka) turns out to be gay and has a secret crush on Rose (so a secret admirer episode).

Season 3’s “The Housekeeper” had the ladies think that their housekeeper has placed a curse on them.

Season 3’s “Grab That Dough” sees the ladies appear on a game show.

3 thoughts on “Playing TV Bingo With The Golden Girls”