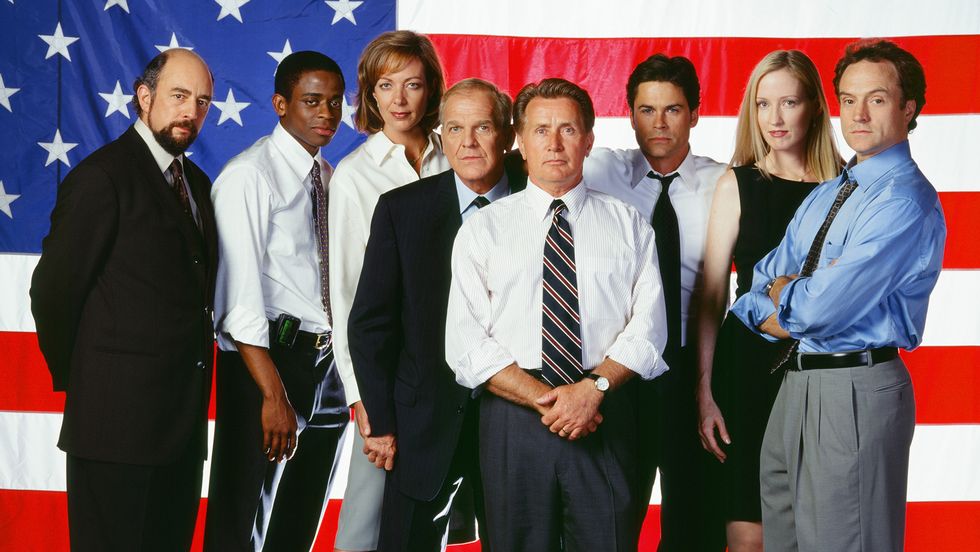 Today, as part of a very delayed TV Bingo Tuesday, we play TV Bingo with The West Wing!

I specify the 1990s, because I think the 2000s saw dramas generally go away from most of the cliches on the card, but I wondered about a show like West Wing, the award-winning series which followed a fictional President and his White House staff, that launched in the late 1990s, so still technically qualifies for this game. Let us take a look!

Season 3’s premiere (not counting the 9/11 special), “Manchester,” involved the President on a horse farm.

Season 4’s “Debate Camp” sort of kind of includes someone almost getting married, as Toby tries to get his ex-wife to remarry him.

Season 4’s “Game On” sort of involves a wager.

Season 6’s “In the Room” involves magicians Penn and Teller.

And I think that’s it, so no bingo!

If you think I missed a bingo, let me know, but I don’t believe I did. 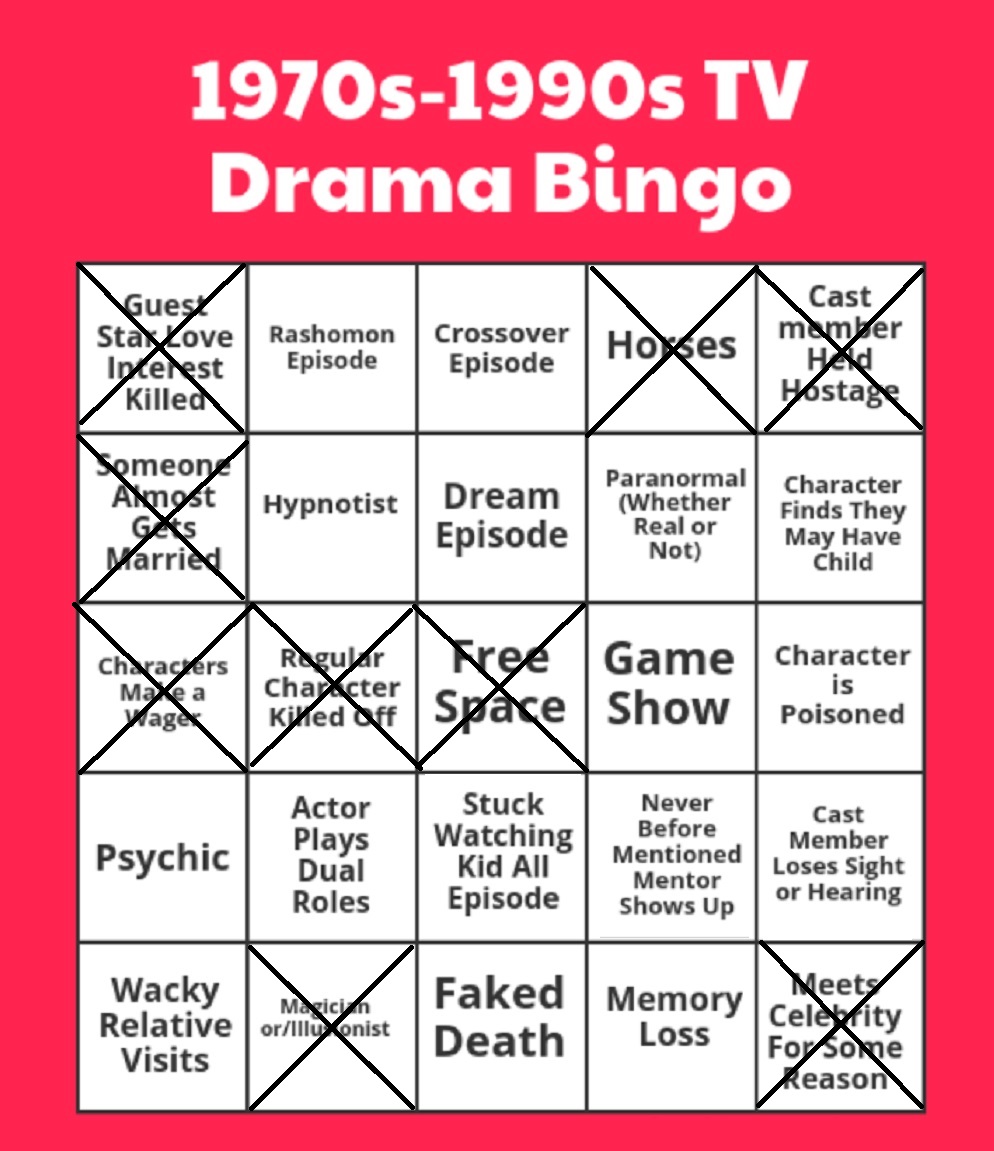 I’m actually kind of glad, honestly, as A. I didn’t think it would hit a bingo and B. This explains why I ended this game at the 1990s. Shows in the current century tend not to hit these same cliches (you could argue that they hit OTHER modern cliches, and if people would like me to try doing a 21st Century Bingo card…hmmm…that might be a good idea).

For now, though, feel free to make suggestions for other shows you’d like to see me use the current bingo cards for! Just e-mail me at brian@popculturereferences.com.

2 thoughts on “Playing TV Bingo With The West Wing”