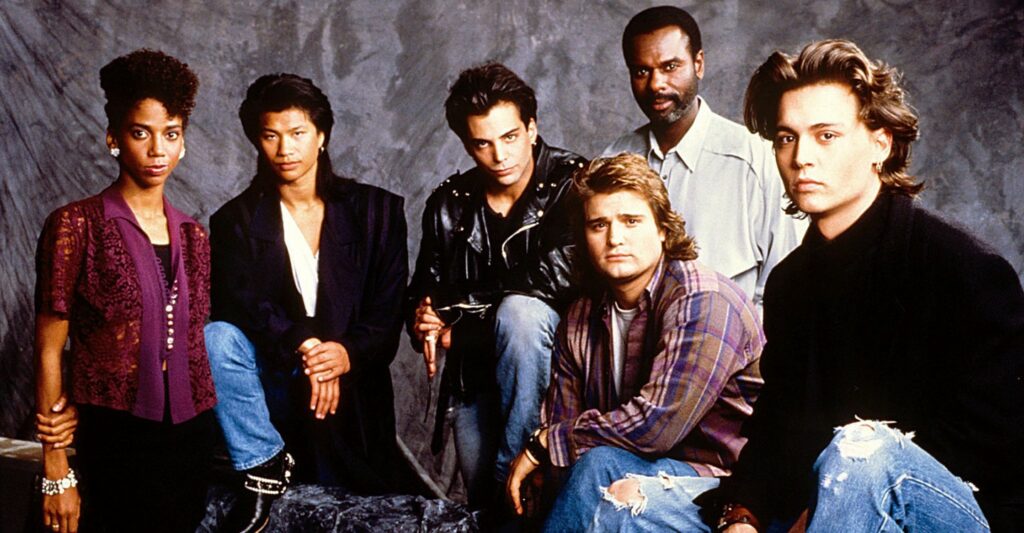 Today, we’re looking at the late 1980s police drama, 21 Jump Street, about a group of young-looking cops who would go undercover as high school students or college students. The series made Johnny Depp a star.

The very first episode, “Pilot,” involves a kid getting poisoned by some drug dealers.

Season 1’s “The Worst Night of Your Life” wrote off their initial commander by having him killed in a drunk-driving accident.

Season 2’s “Higher Education” sees Ioki discover that he might be a father.

Season 4’s “Wheels and Deals, Part Two” is a crossover with the show’s spinoff, Booker.

Season 4’s “How I Saved the Senator” is a Rashomon episode.

I think Season 5’s “Number One with a Bullet” counts as both a dream episode AND a paranormal episode (Doug is shot and is stuck in limbo).

I don’t think we hit a bingo… 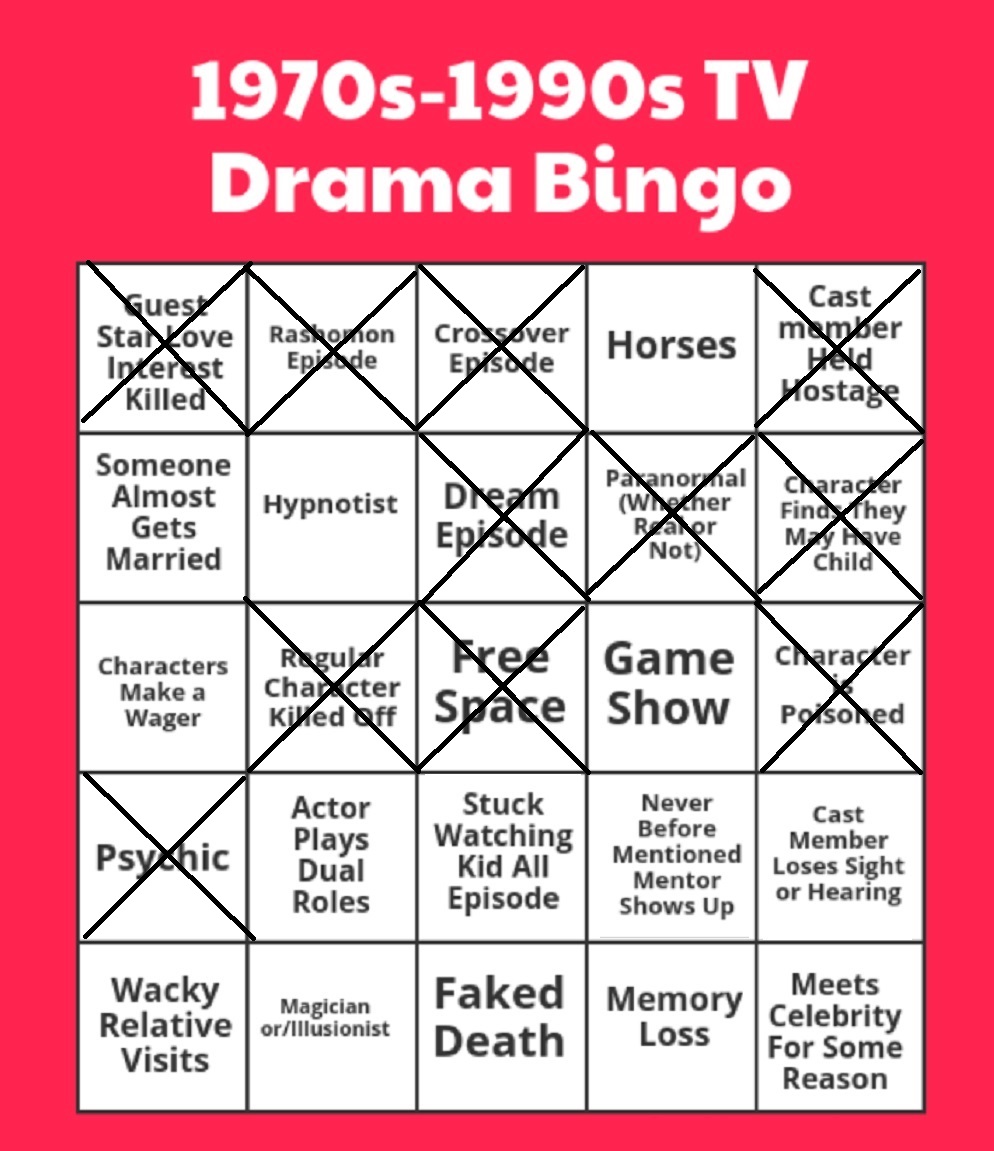 I think the format of the show was just slightly too narrow (as they were always going undercover at high schools or stuff like that) to get TOO many other cliches in there.