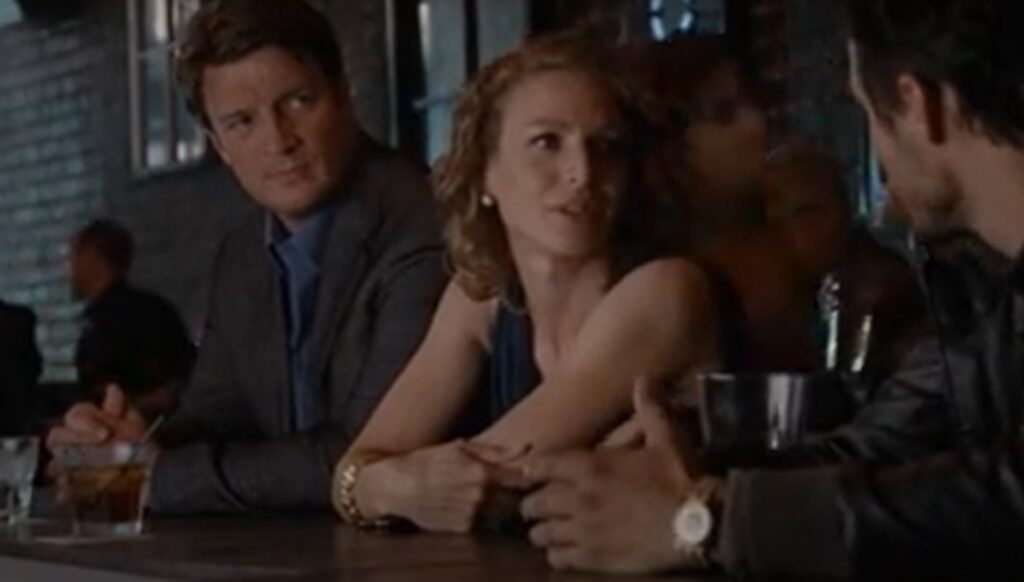 Today, we look at the time that Nathan Fillion’s visual similarity to Jason Bateman was worked into an episode of Castle.

My pal Paul suggested this one. As you may or may not have noticed, Nathan Fillion and Jason Bateman look a lot alike. 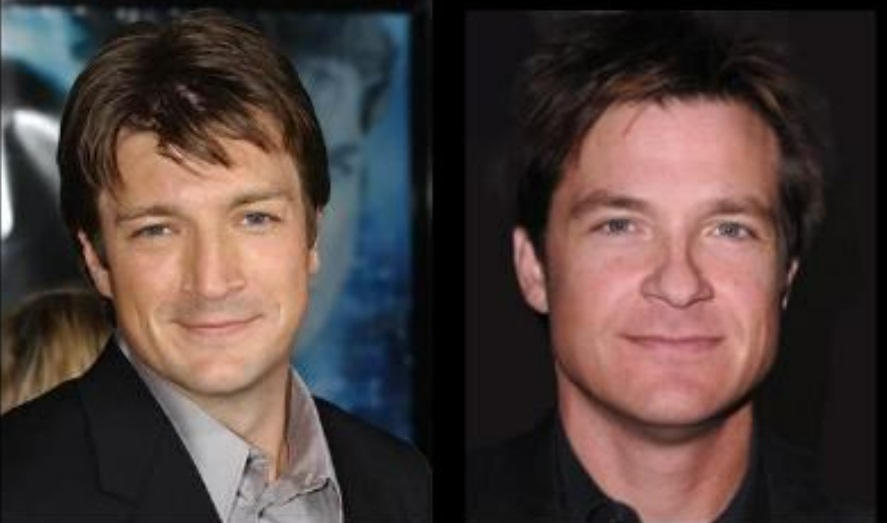 Nathan Fillion has told the story before about how he was once pulled over for speeding while on the way to set one day and he asked the officer if he could cut him a break, and the officer recognized him as an actor, and offered to let him go in exchange for an autograph. The cop then called his wife and told her that he had just pulled over Jason Bateman. Fillion went along with it, and signed the autograph as “Jason Bateman.”

Also, Fillion has told the story of a time he gave Lady A. an award at a country music awards ceremony, and Lady A. lead singer, Hillary Scott, told him as they walked offstage, “They come up, they accept their award. They’re very excited, I’m excited, I’m walking her of stage and she says [whispering], ‘I have to tell you, I love your show.’ I was thrilled. She says, ‘I was so sorry it got canceled.’ Well, I had a cancelled show that people really liked. It was very popular. I said, ‘Oh, well thank you very much.’ She says, ‘I just loved “Arrested Development.”

So Fillion’s show, Castle, worked the Bateman story into an episode, with a guy confusing Castle for Jason Bateman, and Castle begins to explain that he got out of a speeding ticket once because of that…

In a later episode, Castle is once again mistaken for Bateman by paparazzi…

Thanks for the suggestion, Paul! If anyone has a suggestion for a good Meta-Messages, drop me a line at brian@popculturereferences.com!