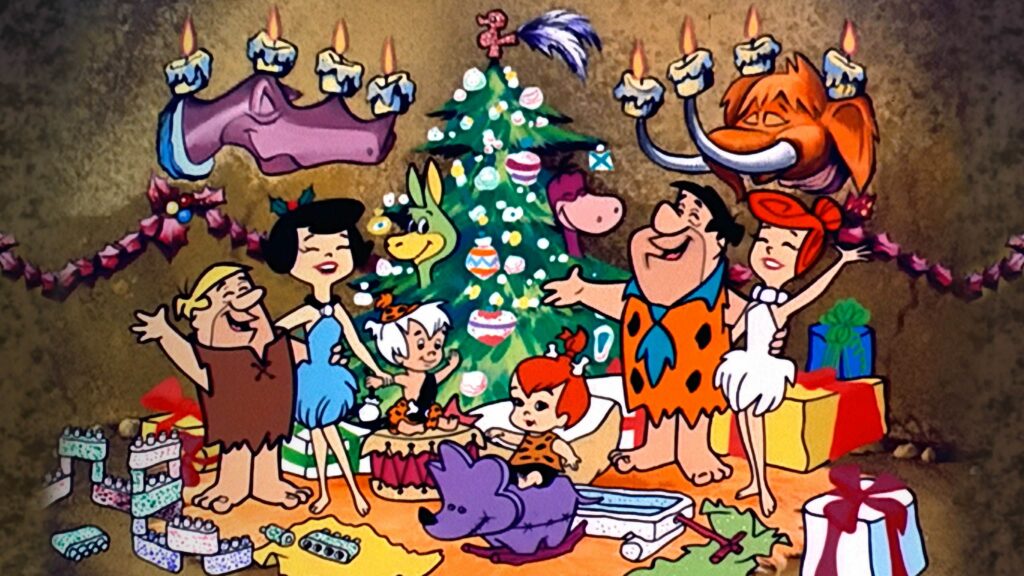 We continue our countdown of Brian’s favorite 1960s Christmas TV episodes with 1964’s “Christmas Flintstone” from The Flintstones.

I’m only counting primetime shows for this countdown, and The Flintstones counts, because it was the first major original primetime animated series, running for six seasons from 1960 through 1966.

This Season 5 episode, “Christmas Flintstone,” is a pretty basic episode, but it’s a good one.

First off, of course, we have to acknowledge the point that a number of memes have pointed out over the years, which is that while The Flintstones obviously never made logical sense (it’s a cartoon spoof, so that’s not expected), but having it specifically celebrate a holiday like Christmas is especially funny, considering that it is, you know, set in the Stone Age. So you’ll see a number of memes like “What in the world are they celebrating?” It’s good gag, but obviously, come on, the whole thing doesn’t make sense. It’s a wacky cartoon. So it’s not really all THAT good of a gag. But it DID make me laugh when I first saw it, so fair enough!

In any event, it is Christmastime and Fred Flintstone needs to make some extra money for the holidays, and applies for a job at Macyrocks. He is given some low-level jobs before being fired for wheeling some supplies into an empty elevator shaft. However, when the store’s Santa Claus calls in sick, Fred is quickly re-hired and becomes the store’s Santa. For such a grouchy guy, Fred does a surprisingly wonderful job as Santa Claus, as he loves interacting with the kids and even sings a pair of songs (how there wasn’t a tie-in record at the time is beyond me. It seems de rigieur from the previous entries that whatever songs are sung on the show are part of tie-in records. Amusingly, there HAD been a Flintstones tie-in album a few years earlier at the time, but somehow not a Christmas album for DECADES).

Anyhow, Fred is SO good as Santa Claus that the REAL Santa Claus turns to him to fill-in for the big guy when Santa falls sick, as well.