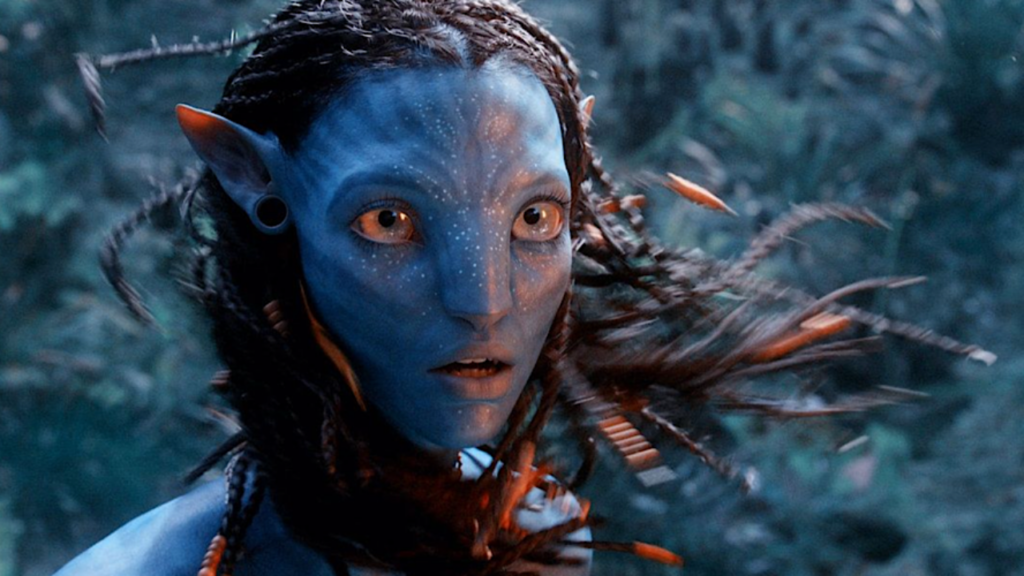 Today, we look at the first movie to use Computer-generated imagery.

Nowadays, computer-generated imagery (CGI) is a huge part of movies. James Cameron famously created a whole other planet in Avatar with CGI!

However, what was the FIRST use of CGI in a major motion picture (so not a short film or an experimental film or a cartoon or whatever)?

As it turns out, it was the original film version of Westworld. Yul Brynner plays an android in the 1973 film and at one point, we see people from his robotic perspective and it is done through CGI…

Michael Crichton wrote and directed the film. New Yorker did a spotlight on the historic event in 2013:

Crichton got a quote for generating the computer imagery from the Jet Propulsion Laboratory in Pasadena. He was told that the two minutes of footage would cost two hundred thousand dollars and require nine months—both prohibitive. He turned to a maker of abstract films, John Whitney, Sr., famed in art and film circles for his work creating animation with military-surplus analog electronics and motor assemblies. Whitney referred Crichton to his son, John Whitney, Jr., who was eager to follow in his father’s footsteps as an experimental filmmaker, but using computers. He agreed to do the effects in four months for twenty thousand dollars.

Whitney explained how the effect was done:

Whitney proposed the simpler effect that ultimately appeared in the film, dividing each image into small squares and calculating the average color in each area. In essence, the effect turned a high-resolution film image into a blocky low-resolution one. Still, he wasn’t certain how to get it done. “I was playing a confidence game,” said Whitney, now sixty-seven.

Machines that could scan film into a computer or record computer images onto film were rare. Whitney knew of a Los Angeles-based company, Information International, Inc., that made such equipment. He struck a deal in which the company supplied a programmer and access to a scanner and recorder. From there, it was trial and error; he spent two months creating test footage and projecting it onto theatre screens to determine the best contrast and resolution for the pixelated effect, and to figure out what kind of raw footage would be easiest to understand once it was pixelated. In the process, he also learned that the digitally created colored areas needed to start as rectangles so they would appear square when projected in Panavision.

Based on Whitney’s test results, the shots of the gunslinger’s point of view—the footage destined for computer processing—were filmed in an idiosyncratic manner. To insure that audiences could make out the hunted character at low resolution, the actor on the run wore solid white to stand out in a dark interior: white costume, white shoes, white gloves, white makeup, white hair. For shots on horseback, his stunt double was red from head to toe, to stand out against the sky.

Because Whitney didn’t have a color scanner, the workload was tripled: M.G.M.’s optical department made color separations of the film—one set of black-and-white footage for each of the three primary colors—that he needed to process separately, image by image. The computer processing itself took about eight hours per ten-second sequence. “What made it hard was that it took a lot of computing power just to do a single frame,” said Brent Sellstrom, who supervised Whitney’s work and the film’s other effects.

All for less than two minutes of film!

Thanks to David A. Price for the excellent New Yorker article.