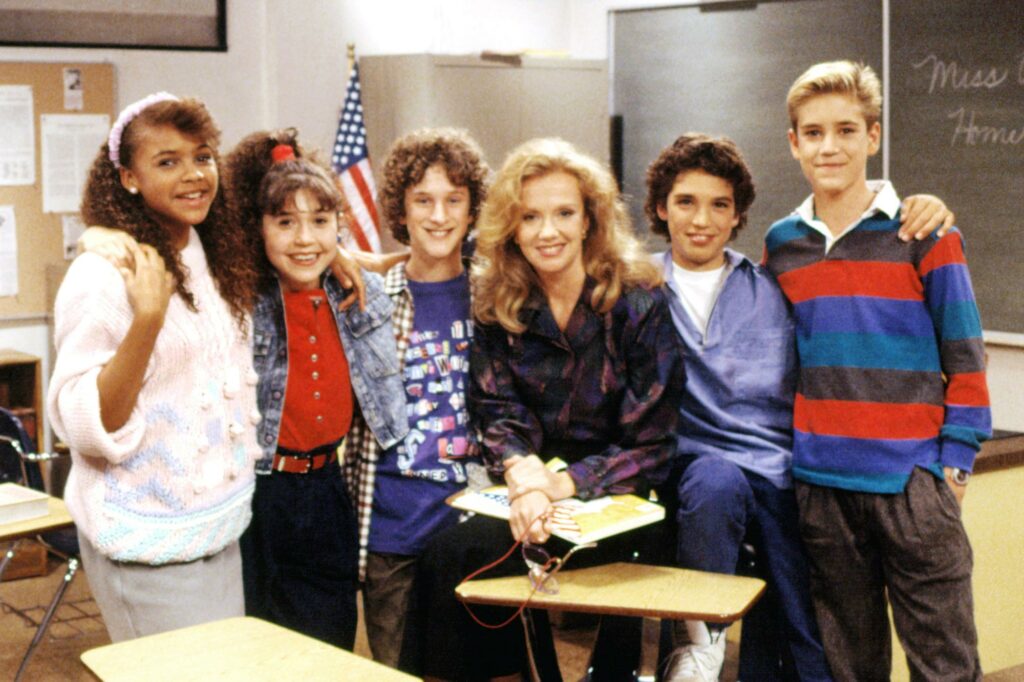 Today, we look at five TV shows that air in syndication as a whole other show (complete with the theme song of the other show).

TWO EPISODES OF THE ROPERS AIR AS THREE’S COMPANY EPISODES

Chrissy teaching Stanley how to disco dance is quite something…

Future major film director, Dennis Dugan, was spun off from The Rockford Files into his own series as the very young private eye, Richie Brockelman…

In the years since, I believe they’ve since been removed.

THE TED KNIGHT SHOW AIRED AS TOO CLOSE FOR COMFORT EPISODES

THE JACKEE PILOT AIRED AS A 227 EPISODE

This is a simple one. There was only a single pilot episode of Jackee Harry’s spinoff from 227, Jackee, so it was very simple to just loop it into the 227 syndication package as a Jackee spotlight/sendoff episode near the end, as Harry left the series midway through the final season…

Good Morning, Miss Bliss was a Disney Channel vehicle for Hayley Mills with her as a junior high teacher. It only lasted a season. The kids from the show, though (and Dennis Haskins as the principal of the school), were then given their own show called Saved by the Bell.

Saved By the Bell was a bit light, syndication-package wise, so they looped into the Good Morning, Miss Bliss episodes, as well, with Mark-Paul Gosselaar doing new introductions for them…