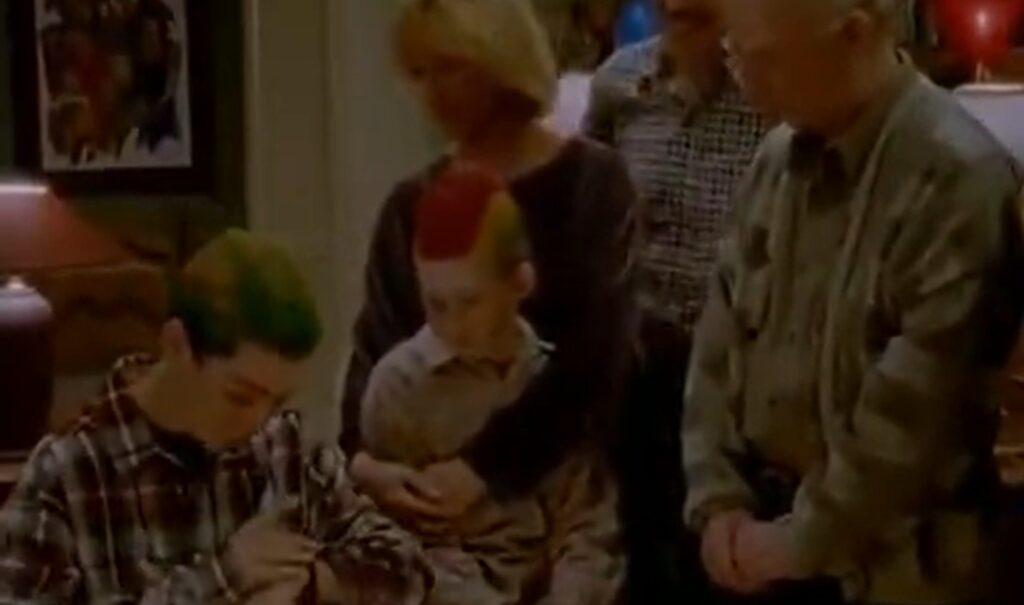 Today, as our Month of Meta-Messages continues, I point out an interesting episode of Picket Fences that poked fun at the conventions of their format.

David E. Kelley obviously had a lot of fun with Picket Fences, the award-winning drama about a small town in Wisconsin and specifically the family of Jimmy Brock (Tom Skerritt), the town sheriff, and Dr. Jill Brock (Kathy Baker), the town doctor. This included a fair number of metafictional jokes, including one I spotlighted in an old Meta-Messages (where Picket Fences crossed over with Chicago Hope and made fun of how Chicago Hope was so much less popular than its competitor, ER).

Kelley wrote almost all of the episodes for the series for the first three seasons, but then pulled back in the final season and only wrote a couple of episodes. The last episode he wrote was an episode whose very title was a meta reference, “Bottled,” a bottle episode where the 13th birthday party of the youngest Brock kid, Zack (Adam Wylie), became a tension-filled night of fights about the relationships of all of the main cast members on the series (Jill and Jimmy’s marriage is on the rocks as Jill reflects on her life now that her youngest child is a teenager).

In any event, after a lot of crazy stuff (including Zack and his older brother, Matthew, played by Justin Shenkarow, dying their hair to embrace punk culture), things ended up by the end of the episode and they celebrated Zack’s birthday. Amusingly, Matthew points to his watch and notes that it all of their fights always resolve themselves around 5 minutes to 11.