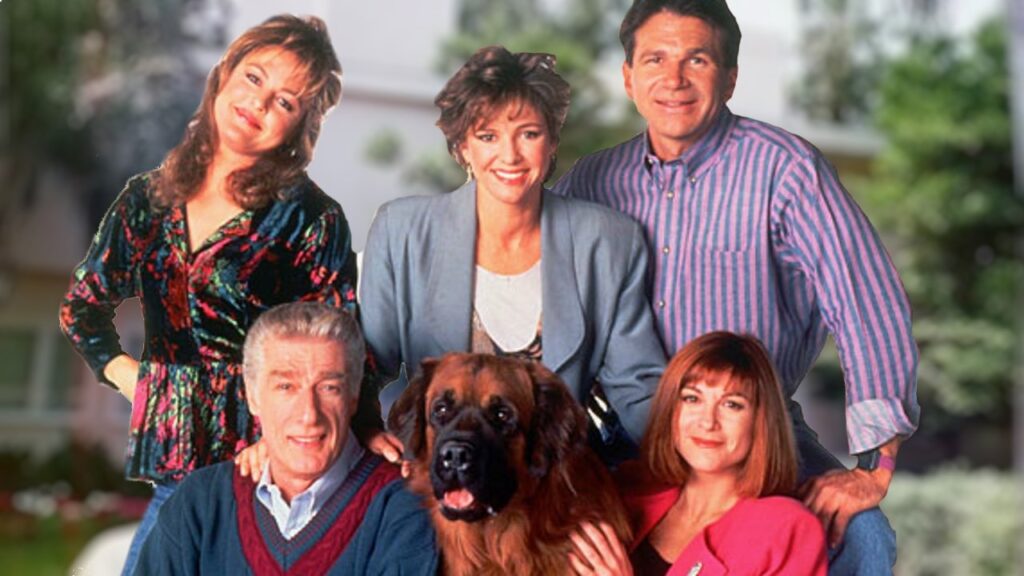 Today, based on a suggestion from my wife, Meredith, I will take a look at Empty Nest, the sitcom spinoff of Golden Girls about Harry, a widower played by Richard Mulligan (who won a Best Actor Emmy for the role), whose two adult daughters (Carol and Barbara) eventually move back in with him. He was a doctor and his wacky nurse, Laverne, was a major character on the series (which led to a spinoff called Nurses).

Season 1’s “Father of the Bride” has a wacky wedding (that didn’t happen) when Harry’s daughter, Barbara, calls off her wedding to a surgeon.

Season 1’s “My Sister, My Friend” has Harry bet his daughters that they can’t go a month without fighting.

Season 1’s finale, “A Life in the Day,” I think counts as “A Very Special Episode” (Harry sees five patients and we see that they are actually all the same patient at different points in his life).

Season 2’s “On the Interpretation of Dreams” is a, well, you know, dream episode.

Season 2’s “Complainin’ in the Rain” is a Rashomon episode (Harry and Laverne have different recollections of how she was hired). It is also a flashback episode, since it goes back to when Laverne was first hired (I know that Rashomon episodes inherently involve flashbacks, but I mean flashbacks to a number of years earlier, unlike the standard Rashomon setup of a recent event).

I guess Season 3’s “Lessons” counts as a secret admirer (Barbara gets one when she goes undercover at a school).

Season 3’s “The Last Temptation of Laverne” has Laverne visited by her wacky aunt (played, somehow, by Doris Roberts. That’s some range!).

Season 4’s “Food for Thought” sees Carol go from working for the library to being a caterer. That’s an unlikely career choice.

Season 4’s “Dr. Weston and Mr. Hyde” involves the belief that the full moon occurring on Leap Day (the episode aired on Leap Day, 1992) was somehow affecting Harry’s personality. Sounds like paranormal to me!

In Season 4’s “Roots,” Mulligan plays a butler when the family travels to England to pursue their roots.

And we finally have a bingo! 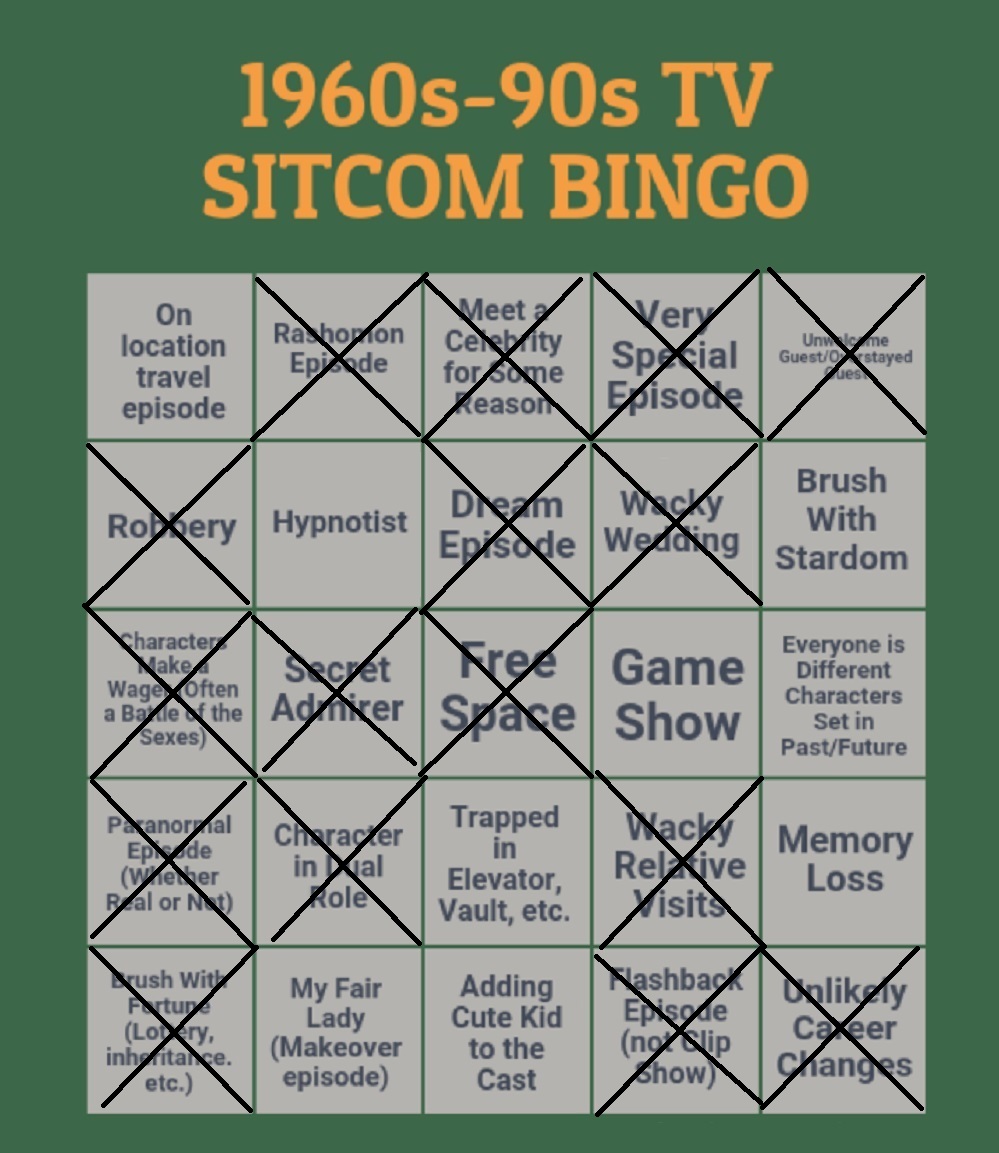 That took WAY too long!