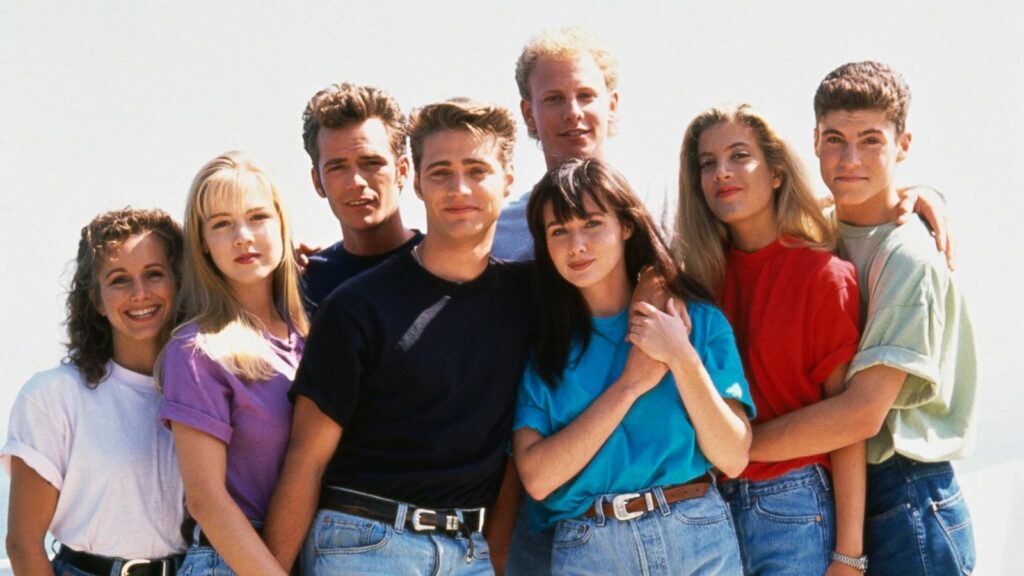 The first show we’ll use the new bingo card on is Beverly Hills 90210, the loooooooong-running teen drama about two siblings who move from Minnesota to Beverly Hills and the culture shock that accompanies that move.

Season 1’s “One Man and a Baby” has Brendan watching his girlfriend’s kid for the whole episode, making him rethink his relationship with her.

Season 2’s “Necessity is a Mother” is the first of many visits from wacky relatives, as Dylan’s mom comes into town.

Season 2’s “Things to Do on a Rainy Day” sees the gang meet Color Me Badd.

Season 3 has a whole plot about Brendon becoming a gambling addict, but when we say “make a wager,” we mean with each other as a plot point. Just making that clear.

Season 4’s “And Did It… My Way” sees Brenda and Stuart almost get married.

Season 4’s “Take Back the Night” is a Rashomon episode where Steve is accused of date rape.

I think that this is tricky, but I think Season 4’s “Somewhere in the World it’s Christmas” revealing that Jack McKay had a secret daughter counts as “character finds out they may have a child,” even though Jack had been killed off by then.

Season 5’s “The Dreams of Dylan McKay” is a dream episode.

Season 5’s “A Song for My Mother” has Dylan undergo hypnotherapy.

And we FINALLY hit a bingo! That was WAY too long for a show that seemed to hit every single cliche along the way! 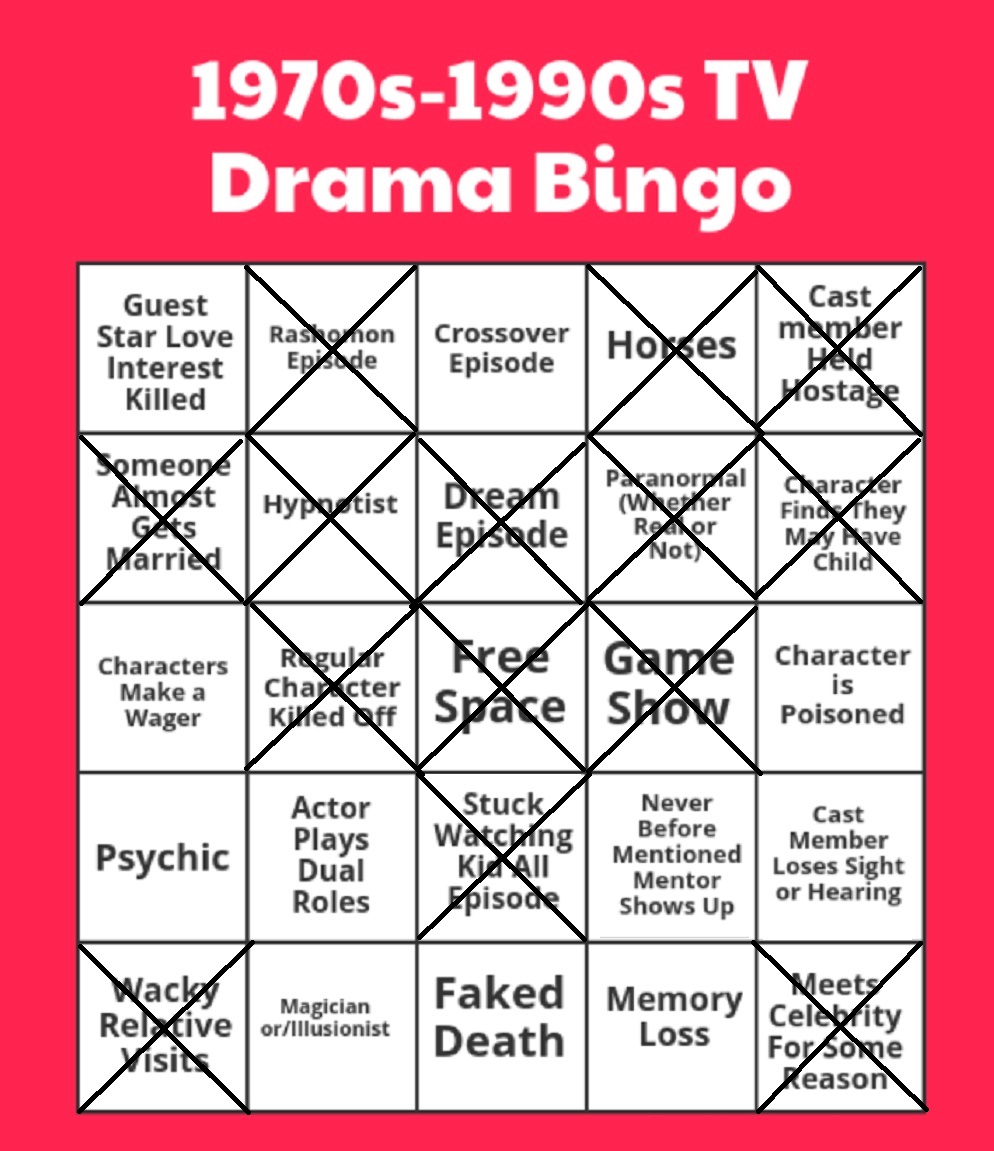 Thanks again to Bill for helping to refine the bingo card!