Today, we look at which movie was the first one to break the fourth wall.

It’s important to note that the early days of film were so oddball that you really can’t discount there being examples of the fourth wall breaking, since the first movies were typically just nearly random scenarios, like a bunch of people leaving work at a factory. If a dude tips his hat to the camera, does that count as breaking the fourth wall? Early film of a train coming at the audience apparently freaked the heck out of people back in the day…

Does that count as breaking the fourth wall? I don’t think so. I think when we’re talking about breaking the fourth wall, we really mean in a film with a story as PART of the actual story. So not stuff like someone waving to the camera in a 30-second short and not the end bit in the Great Train Robbery where the robber fires a shot at the camera (which likely scared audiences just as much as the train coming at them in the early Lumiere films).

After all, we don’t think of the Bond films as breaking the fourth wall when Bond shoots at us at the start of the film…

So we’re looking for a character in a film with a story that breaks the fourth wall as part of the story and even there, the answer is very tricky.

The answer appears to be Men Who Have Made Love to Me, a 1918 silent film written by and starring Mary MacLane as herself. MacLane was a writer who wrote a popular memoir in 1901 when she was 19 where she talked about being sexually attracted to women and a desire to marry, well, the devil. Here’s a quote from her book, “Periodically I fall completely, madly in love with the Devil. He is so fascinating, so strong—exactly the sort of man my wooden heart awaits. I would like to throw myself at his head. I would make him a dear little wife…”

Early film pioneer George Kirke Spoor turned to MacLane for the film, which adapted her 1910 article, “Men Who Have Made Love to Me” and since the film was 90 minutes long, there was need to extend the narrative and the way this was done was to have her direct some question to her audience…. 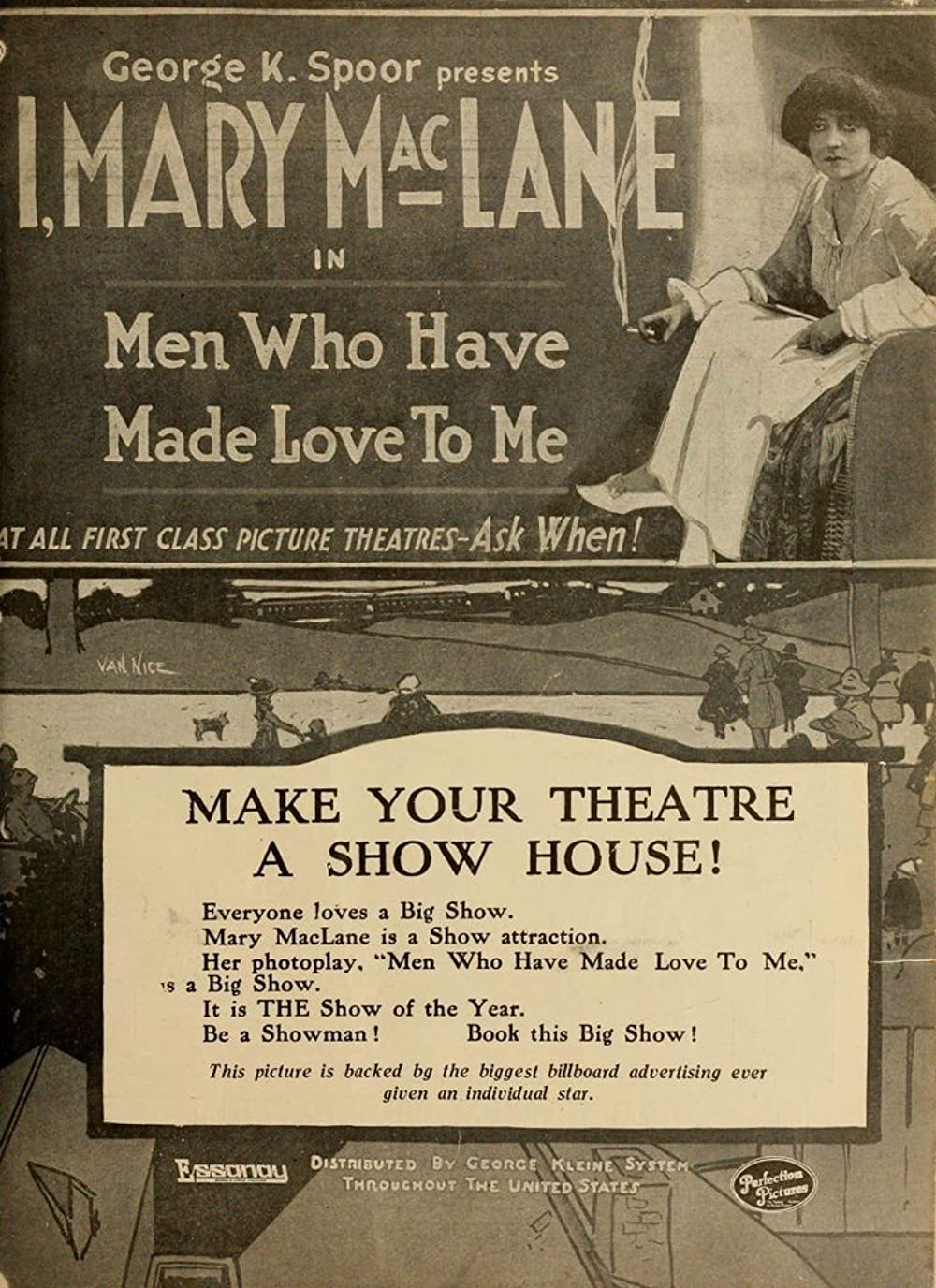 The only problem is that the film has since been lost, so we’re only relying on people’s writings about what happened in the film, but that seems likely enough to be true, right?

Tags: Deadpool Mary MacLane Men Who Have Made Love to Me