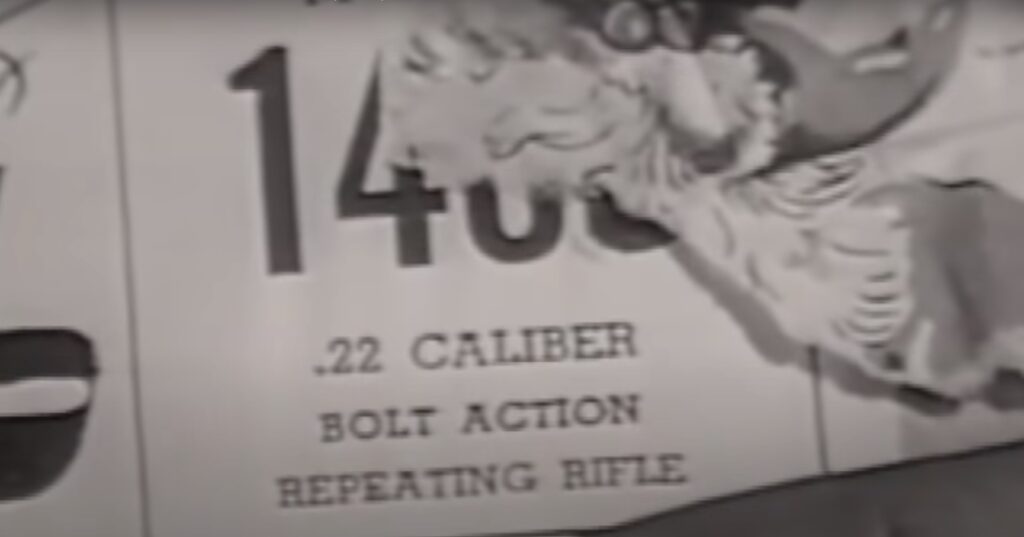 We continue our countdown of my favorite 1950s Christmas TV episodes with 1952’s “The Big .22 Rifle for Christmas” from Dragnet.

Well, remember the other episode of Dragnet that I included on the list, “The Big Little Jesus?”, was different from typical Dragnet episodes because it was so light and happy.

This? Not so much.

In this one, a kid is missing and Joe Friday and Frank Smith have to find the kid. They are worried because there was blood in the kid’s backyard and they found a .22 shell. Friday asked about whether there was a gun in the house and the mom says her husband’s hand gun is locked up, but they did buy the boy a .22 rifle for Christmas and wouldn’t you know it, it’s missing!

Finally, the boy comes home and clearly SOMEthing is up. After pressing, sure enough, he took it from the hiding spot and was using it with his fellow little kid friend (the boys were 8 and 9) and the 8-year-old accidentally shot and killed himself.

Friday breaks the news to the 8-year-old’s dad and he has a great scene over the kid’s body (his friend had taken him to the woods and prayed to God for him to be healed. When that didn’t work, he covered him with some leaves and twigs) where he tells him all of the toys that he got for him.

They explain that it was clearly an accident and not a case of the 9-year-old killing the 8-year-old. He then wants to see the kid who survived. Friday’s, like, “Uhmmm…why?” but the mother of the other boy allows it. Things are tense, but it turns out that he just wants to give the boy all of the presents he bought for his son so that they don’t go to waste. It’s such a darkly sad scene.

The episode ends with a great moment where Friday just flat out says, “Don’t but your kid a gun for Christmas.” That really got the NRA mad back in the day.