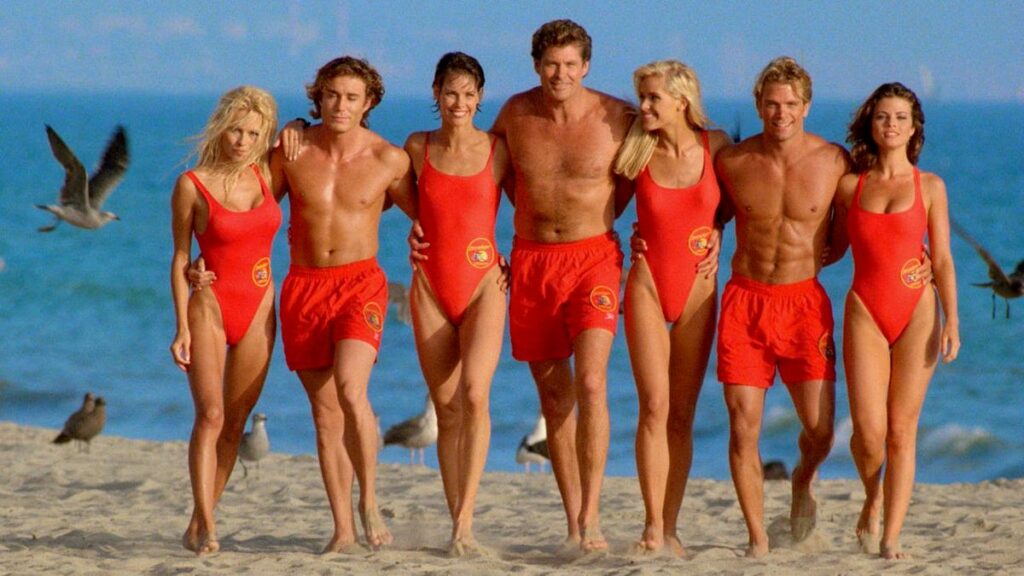 Today, with Pamela Anderson back in the news because of Pam and Tommy, I thought I’d take a look at the long-running syndicated (well, syndicated after it was canceled by NBC following its first season) drama, Baywatch, about a group of lifeguards in Los Angeles.

Season 2’s “Now Sit Right Back and You’ll Hear a Tale” is both a dream episode and really a crossover episode, as the lifeguards rescue Gilligan and Mary Ann from Gilligan’s Island.

Season 4’s “Tower of Power” has a magician in it.

Season 6’s “Sweet Dreams” has Logan think that a baby left at his tower is his kid.

Season 8’s “To the Max” has Lani lose her hearing. 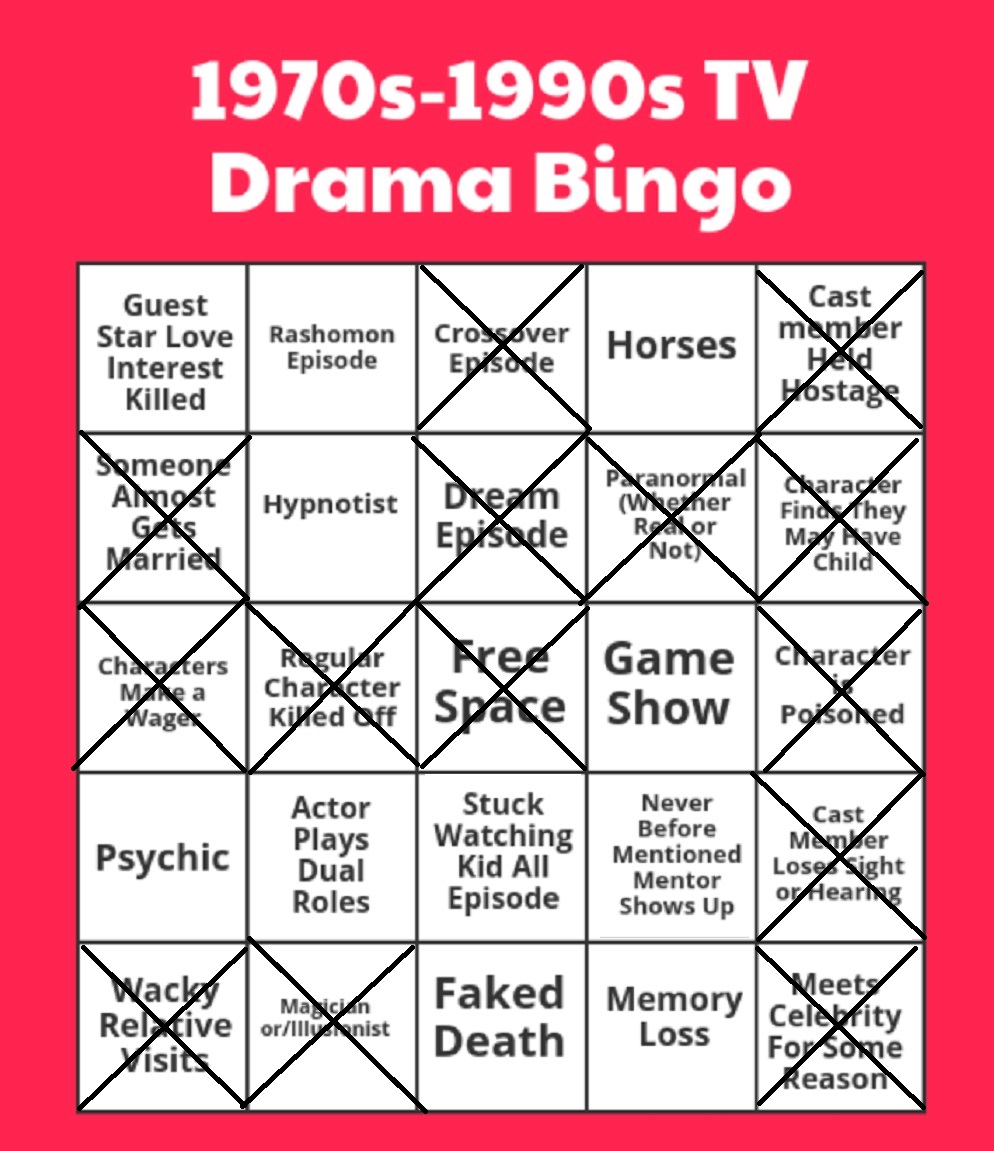 I legit can’t believe it took until season EIGHT before I hit a bingo!