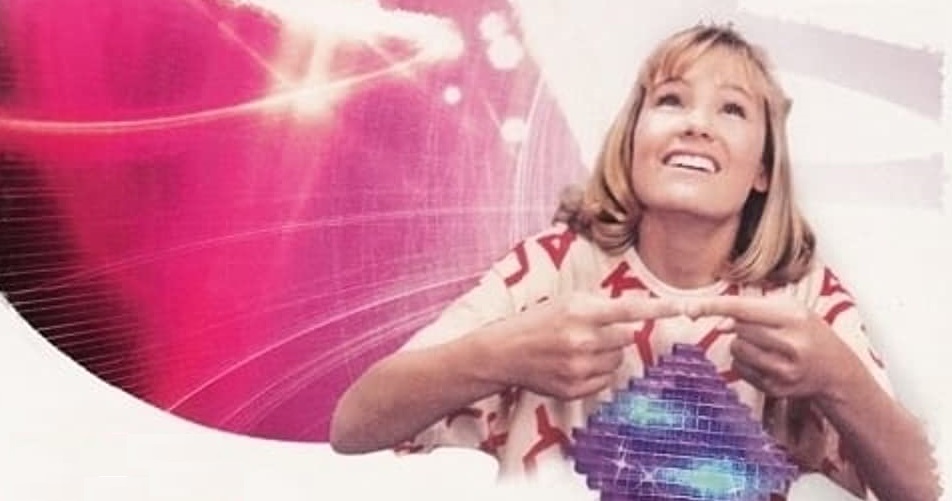 Today, in TV Bingo, we take a look at Out of This World.

Today, based on a suggestion from my wife, Meredith, we take a look at the science fiction 1980s sitcom, Out of This World, about a teen who discovers that her father was an alien and that she now has the ability to freeze time. Hijinks, as you suspect, ensue.

The whole concept of the series was paranormal, so I’ll check that box off right away.

Season 1’s “The Nightmare” was a dream episode.

Season 2’s “Whose House Is It, Anyway?” has Kyle pretend to still be injured so he can continue to live with Evie and Donna.

Season 3’s “Evie Goes for the Gold” has Evie have a crush on her gymnastics coach.

Season 4’s “Forget Your Troubles” has Donna get amnesia.

Season 4’s “Marlowe Vice” sort of had a robbery.

Season 4’s “Stump Your Neighbor” is a game show episode.

I guess it didn’t make it! 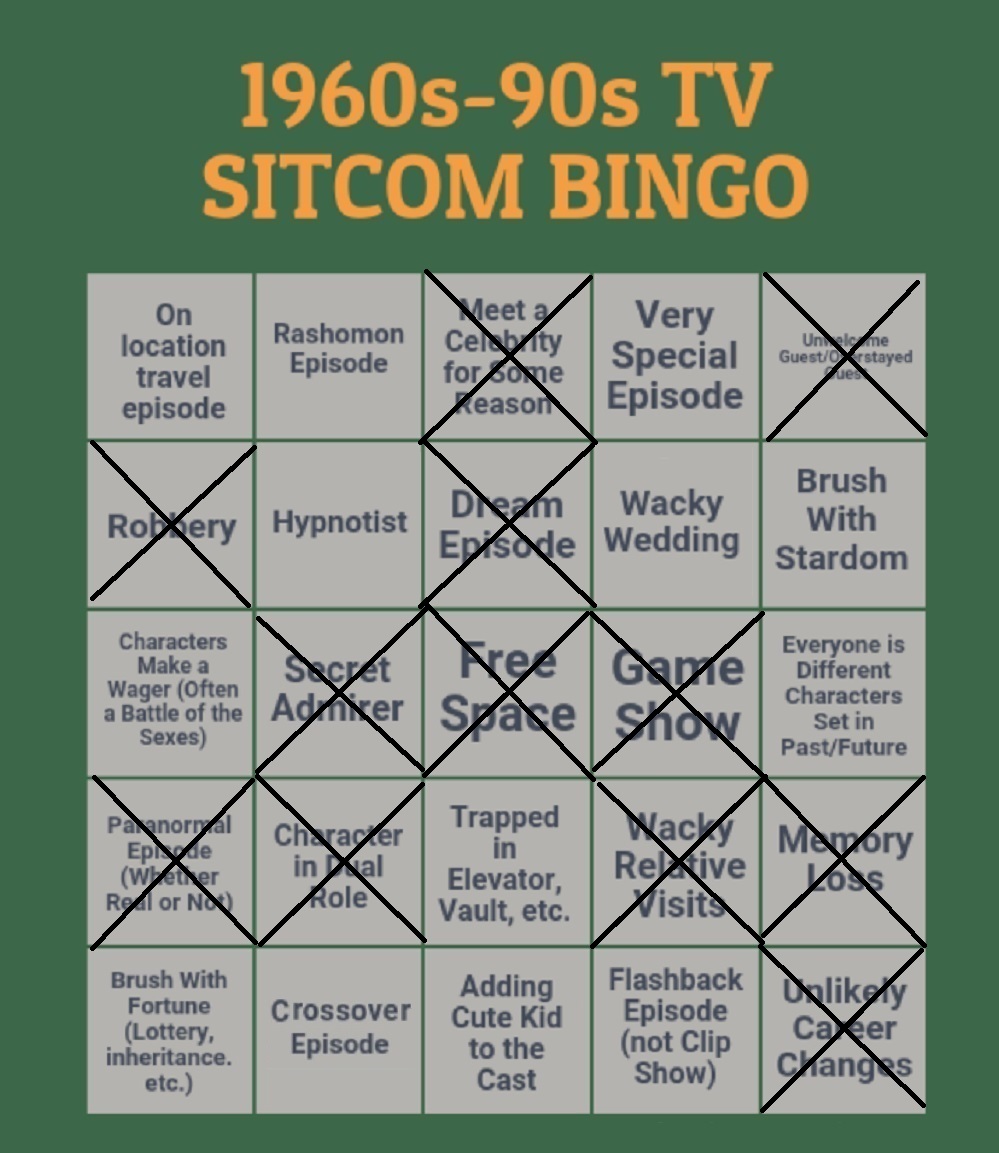 Tags: Out of This World

4 thoughts on “Playing TV Bingo With Out of This World”