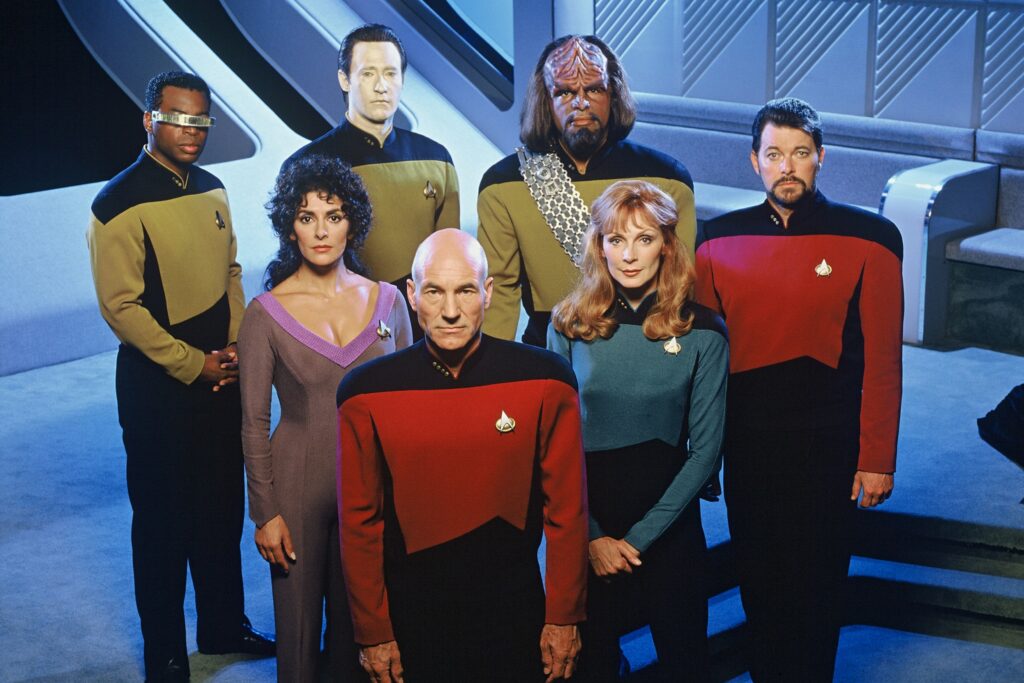 Today, as part of TV Bingo Tuesday, we play TV Bingo with Star Trek: The Next Generation!

I thought it might be interesting to see if a science fiction show set in the future would still hit the same cliches as shows set in the present, so let’s take a look at the sequel series to the original Star Trek, Star Trek: The Next Generation.

I guess Deanna Troi is inherently a psychic, right?

Similarly, the first episode introduces Q, who is basically a magician and paranormal, right?

If you don’t think that’s a hostage situation, whatever, there are tons of episodes with hostages in them.

So that’s a bingo! 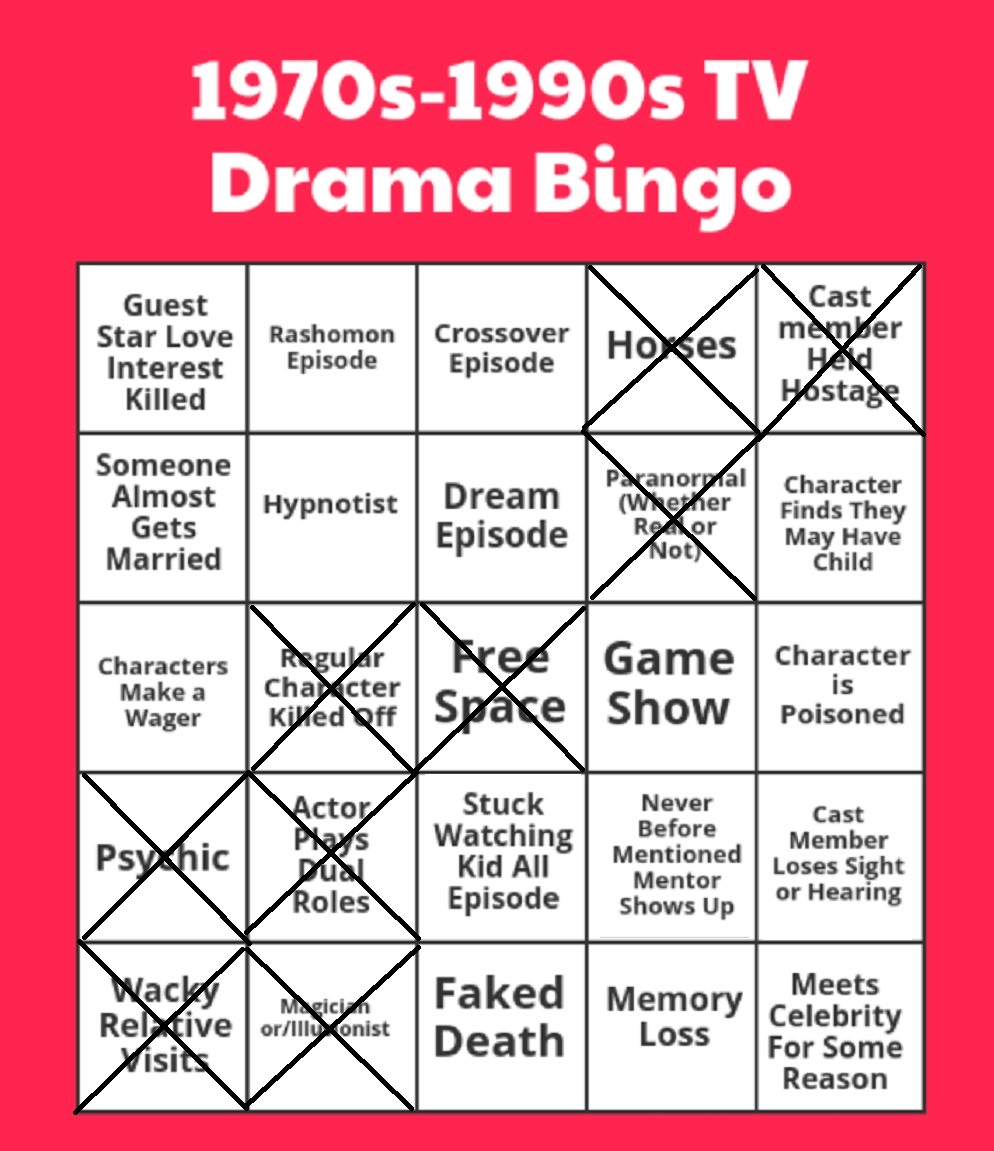 Tags: Star Trek: The Next Generation

4 thoughts on “Playing TV Bingo With Star Trek: The Next Generation”