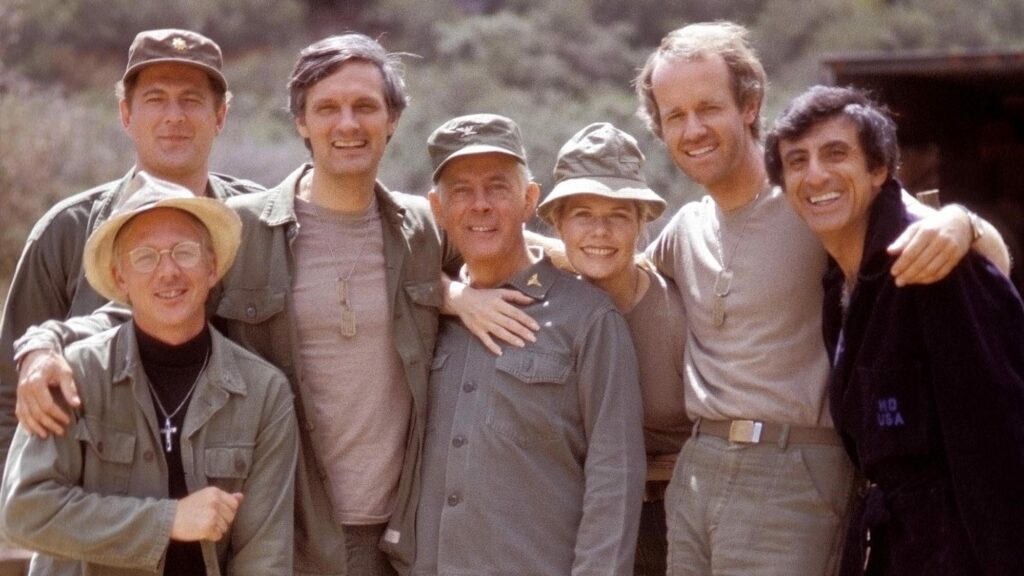 Today, based on a suggestion from my old friend, Nura, we’ll spent TV Bingo Tuesday doing the legendary series, M*A*S*H, as both a sitcom bingo AND as a drama bingo, since M*A*S*H was sort of a little bit of one and a little bit of the other. M*A*S*H, of course, was about a group of surgeons and nurses in a mobile army surgical hospital during the Korean War. Because of the inherent drama of the show, it really could sort of fit as a sitcom OR as a drama. So I’ll use BOTH bingo cards today! We’ll finish with drama!

Season 1’s “Requiem for a Lightweight” involves a wager.

Season 2’s “Deal Me Out” has a poker game at the centerpiece of the episode.

Season 2’s “The Chosen People” has a Korean woman claim that Radar is the father of her baby.

Season 3’s “Bombed” has Trapper and Hot Lips trapped in a supply closet together.

Season 4’s “Dear Mildred” has Colonel Potter receive a horse as a gift.

Season 4’s “The Novocaine Mutiny” was a Rashomon episode.

Season 5’s “Out of Sight, Out of Mind” has Hawkeye temporarily blinded.

Season 7’s “Peace on Us” had a costume party, of sorts.

Season 8’s “Dreams” has Charles be a magician.

Season 9’s “A War for All Seasons” is technically set in the past, since Potter arrives in 1952 and the episode is set in 1951.

Season 9’s “Blood Brothers” has Father Mulcahy clash with a Cardinal that he admired. 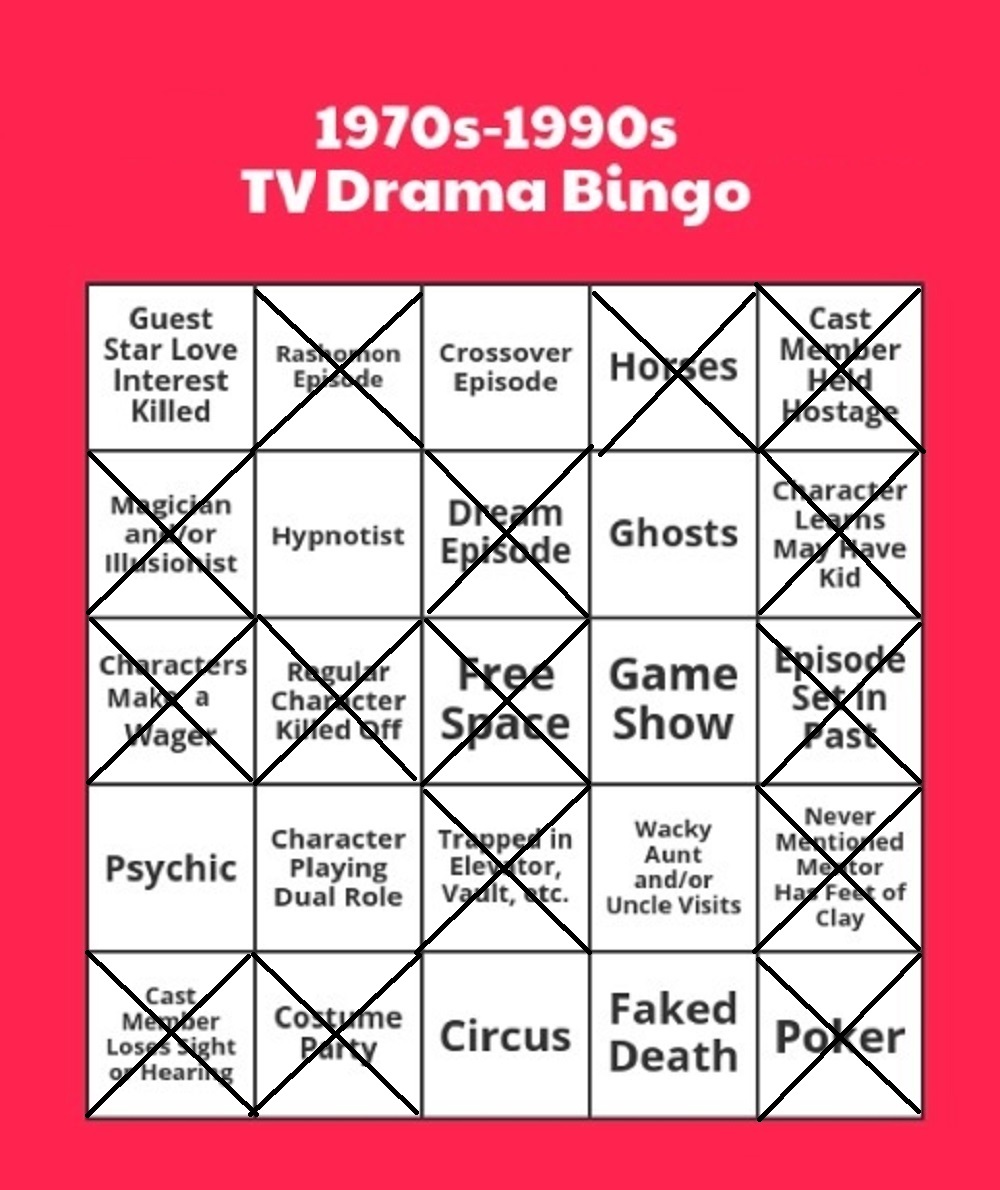 Thanks for the suggestion, Nura! Okay, folks, feel free to suggest other shows you’d like to see us play TV Bingo with by e-mailing me at brian@popculturereferences.com